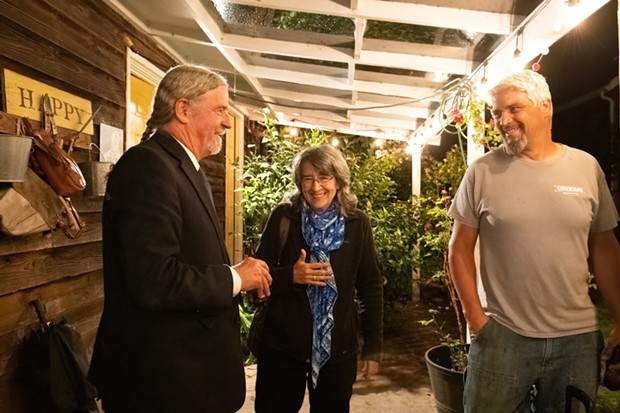 FINAL ELECTION NIGHT REPORT:
Challenger Larry Doss picked up some ground in the final election night report but continues to trail Fifth District Supervisor Steve Madrone by a wide margin, with the incumbent having taken 61 percent of the vote to Doss’ 39 percent.

SECOND AND THIRD REPORTS:
The results for the Fifth District race remained unchanged in the second and third Election Night report, with no additional ballots counted.

In the first Election Night report, Madrone received 65 percent of the vote in the initial tallies, which only include vote-by-mail ballots that arrived at the Humboldt County Elections Office before today.


Doss received 34.5 percent of the early results, leaving the two candidates separated by 788 votes out of 2,542 counted so far.

Madrone, a natural resource specialist, is looking to retain the seat he narrowly won in the 2018 election.

Doss, who is also a cattle rancher, recently stepped down as a Humboldt Bay Harbor, Recreation and Conservation District commissioner after changing his primary residency from Eureka to Orick.

The two are facing off to represent the sprawling district that encompasses the northern portion of Humboldt County, from the more urban neighborhoods of McKinleyville to the rural reaches of Willow Creek.