A small plane made an emergency landing in the Arcata Bottoms this afternoon near Sun Valley Farms, with the Humboldt County Sheriff's Office stating no injuries were reported from the unexpected stop in a field.

Four people were aboard the private aircraft that originated in Southern California and was heading to the Arcata-Eureka Airport in McKinleyville to refuel, according to a news release from the county. The final destination was reported to be Washington state.

"The emergency landing resulted for reasons unknown at this time," the release states.

Local photographer Mark McKenna was onsite to capture some of the scene from the safe landing. 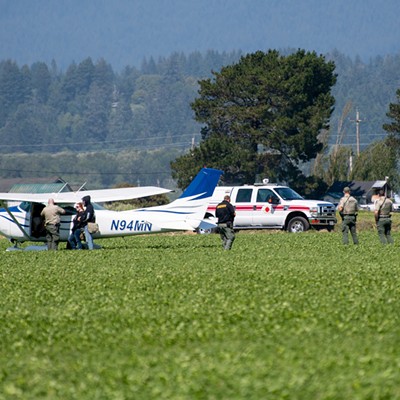