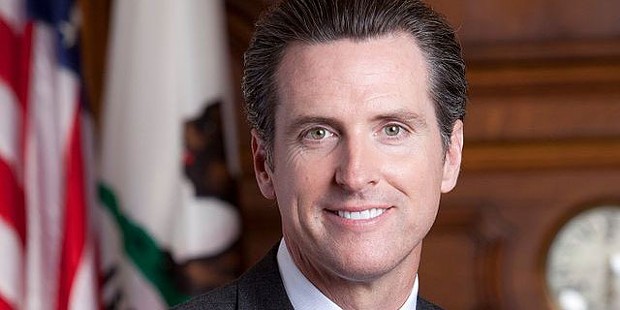 As California’s legislative session comes to an end tonight, the priorities and focus of the closing days have been heavily shaped by Gov. Gavin Newsom, who in the final year of his first term has taken significant steps to execute his agenda through legislation like never before.

His first three years in office saw Newsom frequently pursue policy through executive orders or in the state budget process, a negotiation with the Legislature that provided him with greater leverage.

But the governor’s biggest priority this year has arguably been the passage of a sweeping proposal, known as CARE Court, to compel people with serious mental health issues into treatment and housing. And in recent weeks, he asked lawmakers to take up ambitious new climate and energy measures, including one that would delay the closure of California’s last nuclear power plant.

A half dozen bills Newsom has sought were sent to his desk this week or await final approval before the Legislature gavels down tonight. They include some of the most complex and contentious issues that remain.

The shift in the governor’s approach, according to lawmakers and others who have worked with Newsom, is likely due to some combination of necessity and opportunity — a desire to establish a stronger legal foundation and longer-lasting impact for his policies, deeper relationships with the Legislature after years at the Capitol, a chance to return to campaign promises sidelined by an all-consuming coronavirus pandemic. There is also his reelection campaign — he will face voters again in November — plus the growing national speculation over Newsom’s potential presidential aspirations, which would benefit from bulking up his record of accomplishments.

“The governor has, as we hope any governor would have, a real passion to get results and to try to solve the problems that are at the forefront of Californians’ minds. And they’re not issues that anybody in the Legislature disagrees with,” said state Sen. Susan Talamentes Eggman, a Stockton Democrat who is helping to shepherd the CARE Court bill.

The governor’s office declined to make anyone available to discuss Newsom’s legislative strategy. Spokesperson Erin Mellon, in a text, said “no one here sees this year as being particularly different.” She did not respond to follow-up questions about what efforts from previous legislative sessions Newsom’s team regards as comparable to their current slate of sponsored bills.

‘Humility about the legislative process’

Before this session, perhaps the most directly Newsom set the legislative agenda came in 2019, when during his first State of the State address, he told lawmakers to “get me a good package on rent stability this year and I will sign it.” Rather than proposing his own measure, Newsom left the details to the Legislature, though he did step in at the end to help close the final deal, which included a cap on rent increases and new eviction protections.

Otherwise, the governor has left his imprint more through the state budget, where spending decisions can be tied to major policy changes, such as expanding health coverage for undocumented immigrants and creating universal preschool access.

Newsom has shown a preference for taking his biggest, boldest actions with the stroke of his pen. On his first day in office, he ordered state agencies to work together to negotiate prescription drug prices. Some of the most audacious — and controversial — policies of his first term also came through executive authority: a moratorium on executions, a deal with four of the world’s largest automakers to build cars with a higher tailpipe emissions standard than the federal government wanted, an order to phase out sales of new gas-powered vehicles in California.

In fall 2020, under intense pressure from environmentalists, Newsom urged the Legislature to pass a law to stop new fracking permits, arguing that he did not have legal authority to do it himself. But when a group of lawmakers introduced a bill the following session to ban the oil extraction method entirely, it swiftly died in committee, without much apparent intervention from Newsom. A week later, the governor announced that he would direct his administration to stop issuing fracking permits by 2024 and develop plans to end all fossil-fuel drilling in California by 2045, without explaining why he no longer believed legislative approval was necessary.

Daniel Zingale, who worked on strategy and communications in Newsom’s first year, said the governor’s prior experience was primarily in executive roles, including lieutenant governor and mayor of San Francisco, so he felt comfortable taking that approach.

“He has a certain humility about the legislative process,” Zingale said.

Now with a few years at the Capitol under his belt and electoral success trouncing a recall campaign against him last September, Zingale added, Newsom can go bigger.

The governor signed a bill last month allowing California residents to sue manufacturers and distributors of illegal guns, which Newsom called for in December after the U.S. Supreme Court allowed a similar bounty scheme against abortion providers to take effect in Texas. Anticipating the court’s June ruling overturning Roe v. Wade, he convened a working group last fall to explore how to make the state a “sanctuary” for abortion; their recommendations formed the basis for a legislative package of more than a dozen measures this year.

“It’s natural over time, as a governor becomes more familiar with the process, for a governor to assert a broader vision for all the people of California,” said Zingale, who also worked for Democratic Gov. Gray Davis and Republican Gov. Arnold Schwarzenegger.

Newsom, he said, has “grown into that.”

‘No governor likes to do that’

Even for those governors who get big things done through legislation, it tends to be the exception rather than the norm, because of how much more complicated it makes the job. Lawmakers have their own ideas about what issues they want to take up and don’t like to be told what to do, so developing the relationships and deploying the political capital needed to pass the most consequential measures is a delicate balance.

Early in his first term in 1999, Davis famously said the Legislature’s “job is to implement my vision,” a remark that followed him for years after and earned him derision from lawmakers who quipped that he didn’t have a vision to implement.

Exposure to the Legislature’s whims also puts a governor at risk of defeats that can define their legacy as much as their successes. Schwarzenegger advocated for a market-based plan to establish universal health care coverage in California for more than a year before it was finally killed by a Senate committee in early 2008.

“No governor likes to do that,” said state Sen. Steve Glazer, an Orinda Democrat who served as a political adviser to Gov. Jerry Brown before he was elected to the Senate in 2015. “Governors generally are pretty selective because that gives the Legislature leverage.”

Brown nevertheless regularly pushed major policy through the Legislature during his final two terms as governor, which immediately preceded Newsom — even, on occasion, appearing at a crucial committee hearing to testify for his own bill.

“Each one of them, from his point of view, was imperative,” Glazer said.

Shortly after taking office again in 2011, Brown advanced a plan to comply with a federal court ruling to reduce the population of California’s overcrowded prisons by shifting nonviolent offenders to county jails. He was unable that year to convince the Legislature to place a temporary tax measure on the ballot to deal with a budget shortfall, turning instead to voters to qualify it. But he secured an initial authorization of funding for the high-speed rail project in 2012, the creation of a new rainy-day budget fund in 2014 and, in 2017, an increase of the state gas tax to pay for road repairs.

Brown’s hardest-fought victories came on the signature climate proposals that were the centerpiece of his last term. He got a bill through in 2015 to increase renewable electricity sources and energy efficiency in buildings, even after lobbying by the oil industry forced him to strip a provision to cut petroleum use in half. And he maneuvered to win a decade-long extension for California’s cap-and-trade program in 2017, telling a Senate panel at one point, “This isn’t for me. I’m going to be dead. It’s for you and it’s damn real.”

“He struck me as someone who was so steeped in experience in the building, all the way from childhood,” Zingale said. “He approached it with a level of confidence that’s uniquely his.”

‘Lean in a little bit more’

Atkins pointed to housing as an example; it’s an area of focus for Newsom where he has allowed the Legislature to lead on policy, while putting billions of dollars toward expanding construction incentives. But she added that the governor may see the need now to adjust tactics because the solutions he’s looking for to solve California’s biggest problems are not reaching his desk.

“When something rises to the level of, ‘This is really important to me,’ they figure out how to get it done,” she said. “His forcing the hand gives us an opportunity that maybe we haven’t had.”

Behind the scenes, Assembly Speaker Anthony Rendon said this session has not seemed different than past years. The Lakewood Democrat said he meets nearly every week with Newsom and Atkins to discuss priorities, and the governor, like his predecessor Brown, often weighs in on bills in progress.

“With this governor, and the last governor, they talk more sort of in broad strokes rather than the specifics in terms of what they want to see,” Rendon said in an interview. “They’ll talk about a bill, rather than amendments to a bill, modifications.”

But the receding COVID pandemic has allowed Newsom to refocus publicly on other crises urgent to Californians, such as the boiling anger over homelessness, and be seen taking charge with his own plans.

“Every year we’re here, we learn, we grow, and so we’re going to adjust, we’re going to pivot some,” said Assemblymember Cristina Garcia, a Bells Garden Democrat. “We get more experience, so then you will lean in a little bit more.”

The governor began pushing the Legislature for more aggressive climate action last month as long-running negotiations on a federal funding package appeared to falter again. (It has since passed Congress and been signed into law.) In a letter to President Biden, Newsom reiterated his commitment to “finding new ways to work around those Senators who chose to keep their head in the sand.”

His agenda includes some measures that have previously failed in the Legislature and that he did not forcefully support when they faced significant resistance from the fossil fuel industry and other business groups. Those include proposals to achieve statewide carbon neutrality by 2045 and to establish 3,200-foot buffer zones around oil wells near homes, schools and parks.

The governor had already launched separate regulatory efforts to pursue those goals, suggesting that Newsom, in asking the Legislature to try again, may be seeking to give them more legal weight and certainty than his executive authority can provide.

“I certainly welcome the governor’s engagement on these issues which we’ve been working on for years,” said Assemblymember Al Muratsuchi, a Torrance Democrat who carried the unsuccessful bills on carbon neutrality and oil well setbacks in past sessions. “We’re hoping that with his calling members, especially senators, and twisting arms that we can get the bills that he’s called for out of the Legislature and to his desk.”