California to Give $2,500 Training Grant to Workers Who Lost Jobs During Pandemic 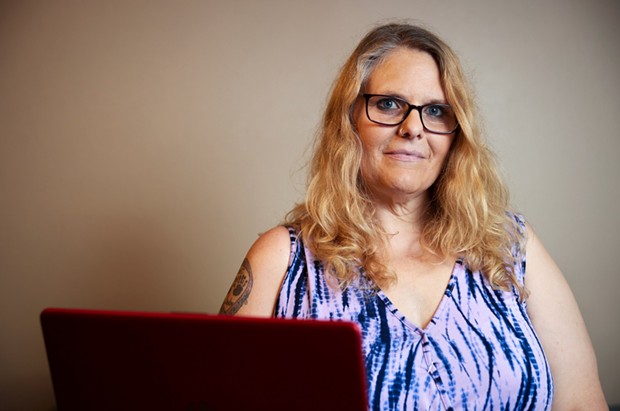 Living through a pandemic sucks, but for Diana McLaughlin, early 2020 was especially bad: A divorce in February 2020, societal shut-down in March, and as part of the COVID-19 economic fallout, she lost her job in April of that year, returning to full-time work only 18 months later.

California lawmakers had economically distressed folks like McLaughlin in mind when last year they approved half a billion dollars on education grants worth $2,500 to help workers displaced by the pandemic acquire new job-related skills.

McLaughlin is among the first 3,000 or so recipients of this grant, adult learners who were issued checks in a pilot program this spring and summer. Now the state is opening the grant to a wide range of adults with low incomes who lost their jobs or saw their hours severely cut during the pandemic. Half of the grant funds are reserved for displaced workers with children under 18.

Among the few stipulations to receive the grant, applicants must fill out a short application that takes about 10 minutes to complete and attest that they lost a job or hours after March 4, 2020, when Gov. Gavin Newsom declared a state of emergency. Applicants also must affirm that they weren’t enrolled in an educational or job-training program when they lost their jobs. There’s an income threshold as well.

Part of what makes the application quick to complete is how little it asks. Unlike other grant applications for college, this one is self-reported and self-certified, wrote Judith Gutierrez, spokesperson for the state financial aid agency running the grant, in an email. “We are not requesting any documentation,” she added.

McLaughlin wasted no time once she received her grant in June of 2022. After taking courses part-time at American River College, a community college in Sacramento, since October of 2020, she decided to go full-time to pursue her first ever-degree this fall and chose accounting as her major.

The $2,500 is paying for her textbooks, software required for schoolwork and other supplies — anything remaining she’s putting in a personal education account. Though she receives tuition waivers as part of a state financial aid program and additional dollars through the Cal Grant, the Golden State grant gives her extra confidence that she can afford an education while earning around $38,000 a year.

“I spend my lunch break doing schoolwork,” she said. After returning from the office, she takes her associate degree courses online. McLaughlin’s younger son is a virtual charter school student, so the two complete their homework side by side.

“I feel that it’s showing him how important an education is and to never give up because here I am, 47, and in college,” she said.

At first blush the Golden State Education and Training grant, which will last through 2024 and is funded mostly through one-time federal stimulus funds, is yet another example of the state’s growing effort to lower the cost of college for adults and bring more Californians into college classrooms.

In the past two years, public funding grew by nearly 50 percent for the California Student Aid Commission, which oversees most of the higher-education grant aid to students, to nearly $3.6 billion. That growth includes more tuition and cash support for community college students, middle-class students at the University of California and California State University, students formerly in foster care, students raising children and the Golden State training grant, among others.

But the Golden State grant’s eligibility rules start where other state and federal grants drop off, extending cash assistance to would-be students who otherwise wouldn’t be eligible for traditional college financial aid.

The Golden State grant can cover education programs that are shorter than about four months — something the federal Pell and state Cal Grant do not. Students receiving the Golden State grant may also use the money for extension and so-called noncredit programs, such as English-as-a-second-language courses, bicycle repair and various landscaping certificates. There’s no minimum program length for this grant — and because state dollars cover some of the grant costs — undocumented students are also eligible for the $2,500. Anyone getting the grant needs to already know which training program they plan to pursue.

Getting the word out

During the pilot when only public colleges and universities were eligible, 84 percent of the grant applicants sought educations at community colleges, data from the Student Aid Commission shows.

“This specific grant has great potential,” said Daisy Gonzales, interim chancellor of the California Community Colleges. “What it does is it provides an entry point to our colleges for students that may not know about us.” Students with no exposure to community colleges can gain access to food pantries and coordinators who are familiar with other state and local social services for which students could qualify.

She’s also hopeful the grant may help to recover some of the colossal enrollment loss the system suffered in the past two years.

Grant can combine with other student aid

Even if grant recipients qualify for free tuition, especially at community colleges where nearly half of learners attend for free, they can use the money to cover gas, housing, food and other expenses. It’s an added perk for learners who had no spare dollars to afford an internet connection or other expenses associated with attaining a degree.

Muideen Olawoyin was one class away from earning an associate degree in human services, a stepping stone toward social work. But a series of bad breaks and a long-term injury left him cash-dry.

“I (couldn’t) even afford internet then, it was so hard,” he said. When he picked up the Golden State check from his school, Cosumnes River College, he was able to get back online, enroll in that final course and earn his degree this summer.

The average income of the roughly 3,000 grant recipients was about $22,000 when they first applied, according to California Student Aid Commission data provided to CalMatters.

Not all training and education programs are made equal, however. Some research shows that shorter-term college certificates — like the kind in which students with this grant can enroll — have a mixed record of boosting the earning power of graduates.

Overall, these certificates lead to higher wages, but noncredit programs are less remunerative than traditional for-credit certificates. Still, associate degrees and bachelor’s degrees lead to even higher wage gains for graduates, according to a 2020 Urban Institute study. Meanwhile, a fifth of certificate programs at public colleges and universities lead to lower wages than what workers with high school diplomas earn, a Hechinger Report analysis of national data showed.

California’s foray into funding short-term credentials could inform the national conversation on whether to permit federal grant aid to pay for educations that are shorter than four months. For a few years now advocates have been trying to introduce “short-term” Pell grants, but the idea hasn’t won over enough lawmakers yet.

None of the four Golden State training grant recipients CalMatters spoke with were pursuing short-term credentials — all wanted an associate degree. McLaughlin, who now works as an accountant for a fencing company, is dreaming bigger.

Her goal is to transfer to Sacramento State to earn a bachelor’s — something her current employer encouraged her to pursue.

“I want people to know you’re never too old for school,” McLaughlin said. “And to never stop trying to reach your goals.”