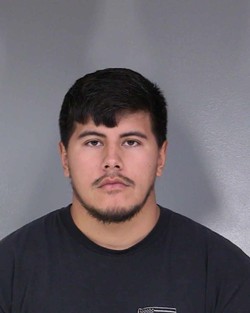 A suspect is in custody after a shooting death in Willow Creek before dawn this morning.

According to the Humboldt County Sheriff's Office, deputies were dispatched to at report of a gunshot victim in the 500 block of State Route 96, and arrived to find a dead man with what appeared to be a gunshot wound.

"The suspects as located and admitted to shooting the victim during an altercation," the press release states, identifying the suspect as 24-year-old Peter Norton, who was booked into the Humboldt County jail on suspicion of murder.

The victim's identity is being withheld until his family can be notified.

Read the full press release from the Sheriff's Office copied below.


Willow Creek homicide investigation
On Oct. 23, 2022, at about 3:43 a.m., Humboldt County Sheriff’s deputies were dispatched to a residence on the 500 block of State Highway 96 in Willow Creek for the report of a gunshot victim.

Deputies arrived in the area and located a deceased adult male with what appeared to be a gunshot wound.

The suspect was located and admitted to shooting the victim during an altercation, 24-year-old Peter Nathaniel Norton, was determined to be the suspect responsible for the victim’s death. Norton was arrested and is booked into the Humboldt County Correctional Facility on charges of homicide (PC 187).

This case is still under investigation. There is no perceived threat to the community at this time.

The victim’s identity is being withheld pending next of kin notification.