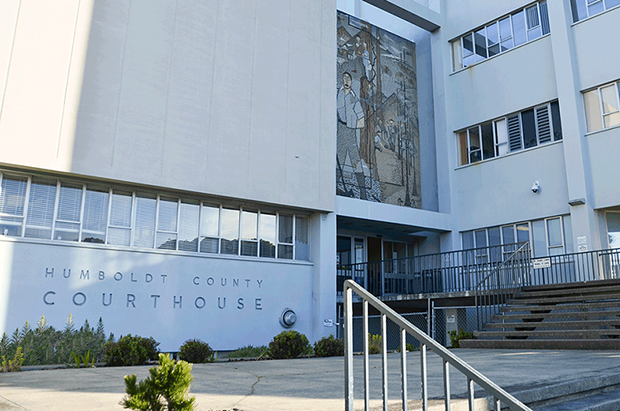 At the request of the city of Arcata, a court hearing today on a workplace restraining order for Councilmember Brett Watson was continued to December, without objection from Watson’s attorney, and both sides also agreed to have Arcata Police Chief Brian Ahearn search Watson’s house “immediately” for possible firearms.

The city’s attorney Tom O’Connell told Judge Dale Reinholtsen, who was filling in for Judge Timothy Canning, that the city would prefer Canning, who approved a temporary restraining order for Watson last month, hear the case, citing the “voluminous record” involved.

Watson’s attorney Jay Jambeck said his client did not oppose the request.

The temporary restraining order — which severely restricts Watson's access to City Hall and prohibits him from contacting or being within 100 yards of four city officials, their workplaces and vehicles, with the exception of Arcata City Council meetings — remains in effect until the next hearing.

Watson, who is opposing the restraining order and has vehemently denied any wrongdoing, is up for reelection Nov. 8.


As part of the TRO, Watson was supposed to sell, store with a licensed gun dealer or turn over to law enforcement any firearms in his "immediate possession or control" within 24-hours of being served.


O’Connell told Reinholtsen that Watson did turn in three firearms but also indicated to officers that there may be as many as three more packed away somewhere in his house but he hadn’t gone through all of his belongings. That, O’Connell said, was a safety concern for witnesses.

In an Oct. 24 Facebook post, Watson indicated he recalled inheriting some antique pistols, two of which didn't work, but could not find them and reported them missing.

Reinholtsen indicted he appreciated that the attorneys from each side were working together on the issue.