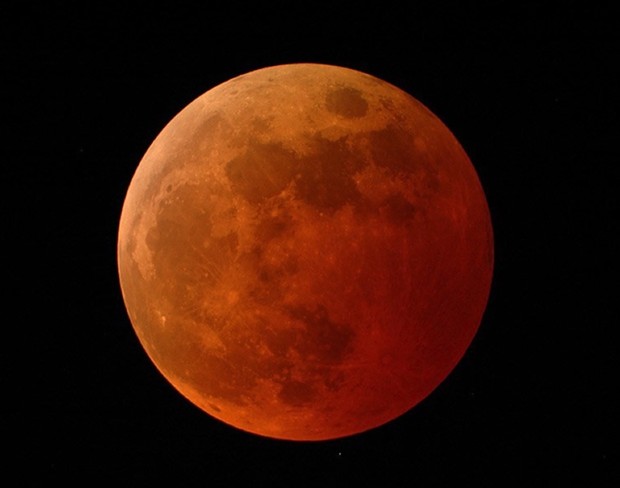 Election Day is being ushered in by a lunar eclipse that will turn the moon a red-coppery color —sometimes called a “Blood Moon” — during totality, which is the stage when it passes into the Earth’s shadow.

That red hue, according to NASA, is “because the only sunlight reaching the moon passes through Earth’s atmosphere.”

“The more dust or clouds in Earth’s atmosphere during the eclipse, the redder the moon will appear,” the space agency stated in a post on the event. “It’s as if all the world’s sunrises and sunsets are projected onto the moon.”

“It’s as if all the world’s sunrises and sunsets are projected onto the moon.” tweet this

If the North Coast’s weather cooperates —and it’s not looking like it will — the celestial scene can be taken in with the naked eye, although binoculars or a telescope enhance the view and give a better look of the moon’s red coloring, according to NASA.

Should the storm interrupt the view, a live streaming of the eclipse from telescopes around the world can be found here starting at 1 a.m., which will include an interview with NASA lunar scientist Noah Petro and comments coming in from the global telescope network bring in the images.

According to NASA, this will be the last lunar eclipse until March 14, 2025, although there will be some partial events in the meantime.