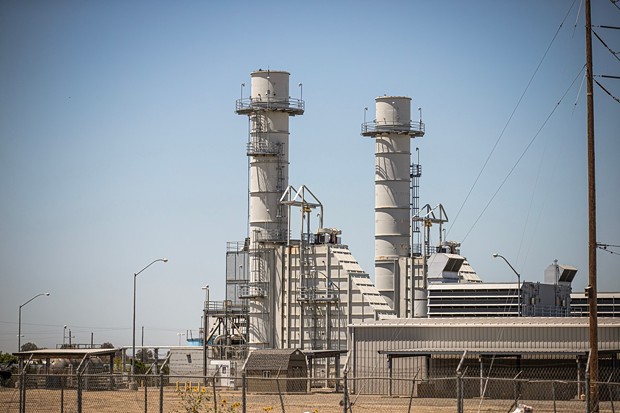 The California Air Resources Board this week unveiled a new version of its highly-anticipated strategy for battling climate change, setting more ambitious targets for cutting greenhouse gases and scaling up controversial projects that capture carbon.

If adopted by the air board at its Dec. 15 meeting, the plan would radically reshape California’s economy, alter how Californians’ vehicles, buildings and appliances are powered, and ultimately serve as a blueprint for other states and countries to follow.

“Failure is not an option,” said air board Chair Liane Randolph. “There is too much at stake and we need to move as fast and as far as we can to lessen the worst impacts of climate change and leave future generations a livable and healthy California.”

The five-year climate change strategy, called a scoping plan, outlines in its 297 pages how California could end its reliance on oil and also clean up the nation’s worst air pollution.

The staff’s final draft plan adds bolder commitments, reducing fossil fuel use by 94 percent from 2022 levels  by 2045 — up from a goal of 91 percent in the September version of the plan.

The plan also sets a more aggressive goal of cutting carbon emissions 48 percent below 1990 levels by 2030 – up from the 40 percent by 2030 required under state law — until reaching net-zero emissions in 2045. (Net-zero or carbon neutrality means striking a balance between the carbon dioxide added to the air and the carbon that’s removed.)

California has a long way to go to meet the new 48 percent goal in just eight years. By 2020 it had cut emissions only about 14 percent below 1990 levels, according to air board officials.

Danny Cullenward, a climate economist who serves as an advisor to the state, said California isn’t on track to meet its existing 2030 reduction target, much less the new, more stringent goal.

“I don’t want to say California isn’t doing anything on climate. We’ve done a lot of things,” he said. “But this is such a superficial exercise and it’s filled with so many faults and errors.”

Air board officials said they are confident the state can achieve the new target largely because of new mandates and policies enacted this year. State officials phased out sales of new gas-powered cars by 2035, set a more stringent low-carbon fuel standard and streamlined siting and permitting of renewable energy projects.

“This plan is a comprehensive roadmap to achieve a pollution-free future,” Gov. Gavin Newsom said in a statement. “It’s the most ambitious set of climate goals of any jurisdiction in the world, and it’ll spur an economic transformation akin to the industrial revolution.”

But Cullenward criticized the staff’s modeling, which is used to predict how each sector of the economy will reduce emissions. He said the plan lacks a thorough analysis of the feasibility of its projections and makes major assumptions.

One example, he said, is that the plan relies on other agencies, such as the California Energy Commission, setting new policies, but it doesn’t address the timing and roadblocks they may face or other details.

“It’s a pretty aspirational document but it's filled with bureaucratic doublespeak,” he said. “It's really frustrating because there's so much work to be done.”

Some policy experts say setting ambitious goals are a crucial step to cleaning up air pollution and combating climate change.

“The scoping plan can at least help us direct our attention even if it doesn’t give us as much detail as we want,” said Dave Weiskopf, senior policy advisor with NextGen Policy, a progressive advocacy group. “On the one hand that is really frustrating. On the other hand, it tells us that if we put in the effort to say what we think a good plan should look like, we at least have a shot of getting the state to take meaningful action.”

One method directly removes it from the atmosphere, also called direct air removal. Another, called carbon capture and storage, collects carbon spewed from industry and power plant smokestacks and injects it into the ground.

California currently has no carbon removal or capture and storage projects, and air board officials say they wouldn’t be deployed until 2028. The plan cites the state’s 17 oil refineries as an industry that could install them.

Environmental groups oppose both technologies, saying they extend the lives of fossil fuels, while oil companies say they are necessary to achieve the state’s long-term climate goals.

The move to decarbonize and transition away from fossil fuels will also drastically increase electricity use, which is expected to soar by as much as 68 percent in 2045. Such a transformation to zero-carbon energy sources such as wind and solar will be expensive, costing $18 billion in 2035 and $27 billion in 2045, according to air board staff.

At Newsom’s direction, the air board in September already strengthened its draft plan, originally released last May, to include new goals for offshore wind, cleaner aviation fuels and reducing vehicle miles traveled.

Other changes include constructing 3 million climate-friendly homes by 2030 and 7 million by 2035, installing at least 6 million heat pumps by 2030, and eliminating the option of building new natural gas plants or using fossil fuels in the electricity sector to maintain grid reliability.

The air board was directed to create a new carbon removal program that puts guardrails on carbon capture, use and storage projects while streamlining the permitting process. The program is due the passage of SB 905, which Newsom prioritized in his climate package at the end of this year’s legislative session in August.

These technologies aim to remove at least 20 million metric tons of carbon by 2030 and 100 million metric tons by 2045, according to the plan. Though controversial, air board staff say the practice is a “necessary tool” to reduce emissions from industrial sectors where no other alternatives may exist.

Once captured from smokestacks, the carbon could be transported to sites in the Central Valley. Air board staff say the valley is an ideal location for injecting carbon dioxide deep into rock formations because it has the capacity to store at least 17 billion tons.

“We've squeezed out all of the emissions that we can under the inventory for manufacturing for transportation and for industry, but we know residual emissions will remain,” said Rajinder Sahota, the board’s deputy executive officer for climate change and research. “We're going to need all the tools in all of these categories.”

But at an Oct. 28 workshop, members of the state’s Environmental Justice Advisory Committee raised several concerns about engineered carbon removal, saying it is an unproven strategy that could continue to plague local communities with air pollution. They also say it would delay closure of oil facilities and act as a substitute for direct emissions reductions.

Air board staff acknowledged their concerns, but Randolph, the board’s chair, said many of the greenhouse gas targets could not be achieved without them. She said the board has prioritized creating a metric to measure how residents could be affected by these projects and also consider the needs of residents who are most affected by air pollution.

The board expects the state’s cap and trade program – which allows big polluters to buy credits to offset their emissions – will play a much smaller role over time. It would help “fill the gap” to meet the accelerated 2030 emissions reduction target.

Cap and trade has been criticized by legislators and experts heavily in recent years. One of the criticisms is that there are at least 310 million unused credits currently in the system, which is a problem because companies can hoard credits that allow them to keep polluting past state limits in later years. Air board officials say they hope to reform the program and address the oversupply of credits at the end of next year.