Public Meetings When the COVID State of Emergency Ends 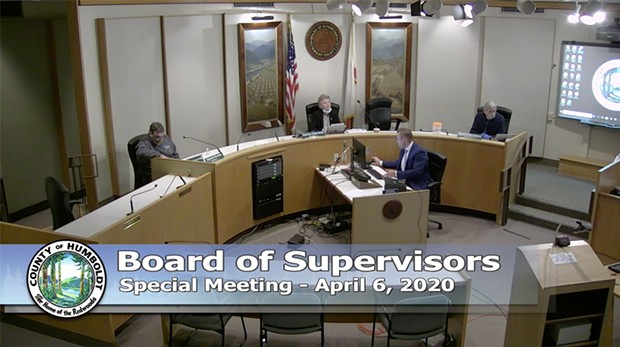 California’s Brown Act requires that when decisions are being made, public agencies’ meetings must be open to the public. The traditional method of meeting this requirement was to have boards or councils meet in one physical location, which was posted in advance on agendas made available to the public. Members of the public had to have access to the meetings and an opportunity to comment on various topics at appropriate times.

The COVID-19 pandemic upended this process, making it unsafe for people to gather indoors, and at least in Humboldt County, nearly all agencies, from the county Board of Supervisors to school boards, moved to teleconferencing, more commonly known as Zoom meetings. These had their pros and cons. The biggest advantages were reducing the risk of catching COVID while saving energy, driving time and carbon emissions. The biggest disadvantage was that many county residents lacked the broadband infrastructure, equipment or technical savvy to participate in virtual meetings. In effect, these members of the public were cut off from participation, even though it’s a right guaranteed by law.

In 2022, the state legislature passed Assembly Bill 2449, which determined that teleconferenced public meetings would only remain an option while California was in an officially designated state of emergency. Once this ends, in-person meetings will have to resume, with some strictly defined exceptions for board members who could not attend a particular meeting in person for reasons like an illness in their family, in which case those board members could still use the teleconference option. Nonetheless, a quorum of board members would have to be present at a physical location open to members of the public.

The North Coast Journal conducted a survey of various public agencies within the county to see how they were complying — or intending to comply — with the requirements of A.B. 2449.

By far the most common choice is the hybrid meeting, in which the board or council members meet in person, and the public can join them in person or participate via video conference or telephone. Public comments can be submitted either in person or electronically.

As early as July or August of 2022, some cities and community service districts started holding these hybrid meetings. Other boards dug in their heels, and decided they would continue to only meet remotely until the last possible minute, which will come Feb. 28, according to an executive order issued by Gov. Gavin Newsom in December.

Currently, all seven of Humboldt’s incorporated cities, as well as the Board of Supervisors and all its commissions and committees, are holding hybrid meetings. Rio Dell requires either masking or an attestation of vaccination in order to attend in person. Things are less clear among the myriad of special districts and joint powers agencies that exist within the county.

The Humboldt Bay Harbor, Recreation and Conservation District will soon start holding in-person meetings, and will allow members of the public to attend these meetings. According to Executive Director Larry Oetker, any member of the public who wishes to speak to the board must attend in person. Those who merely want to observe the meeting, without participation, meanwhile, can watch the meeting online.

The McKinleyville Community Services District, the closest thing the unincorporated town has to a governing body, has also gone hybrid, but strongly encourages members of the public who want to speak to address the board in person, arguing electronic communications can be unreliable — not unreasonable in a county where the internet goes down at random intervals.

The Redwood Coast Energy Authority did not respond to two phone calls from the Journal.

The Humboldt Bay Municipal Water District has gone hybrid, although social distancing limits the number of people who can fit in its small meeting room.

The Humboldt County Association of Governments and all of its advisory committees are also meeting hybrid. The same holds true for the Humboldt Community Services District, the Humboldt Transit Authority and the McKinleyville Municipal Advisory Committee.

The Humboldt County Board of Education is also hybrid, although each individual school board may make its own decisions. A call made by the Journal to the Eureka City Schools was not returned by deadline.

Ironically, while the Journal was watching a meeting of the Local Agency Formation Committee (LAFCO) where this particular item was being discussed, the internet connection cut out. A follow-up email request for information was eventually returned, saying LAFCO was also going hybrid.

The best way to find out the policies of any particular agency is to look closely at the agenda for its upcoming meeting. It will spell out what the policies are concerning public participation and offer a link if you prefer to risk the internet.