One of the more challenging visualizations for me is to imagine looking at the Solar System from a point above it in outer space, far enough out that the Sun is but a bright point of light below. With no inhibiting sunlight, the stars are bright all around us; we see deep into the Cosmos wherever we turn. The Milky Way’s misty path forms an incredible ring encircling us completely, from its thick, dense core region in one direction to the thinnest stretches on our opposite side. 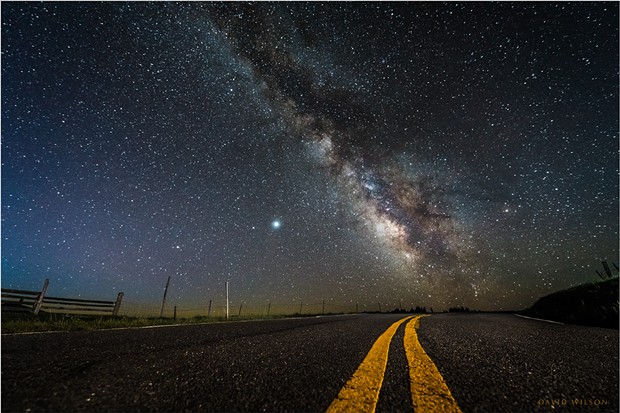 Suspended above the Solar System, there is no day or night for us, and time can almost stand still as we hang here in space. But there is movement around the little Sun below us, and where there is movement, there must be time.

The Solar System is tiny from way out where we float but as we move slowly closer we begin to see the planets as points of light, each following its own elliptical tour around the Sun. They trace their paths, carving their life songs like grooves on the cosmic record. From distant Pluto, planet or not, so far away on the outskirts that it takes almost 250 of our years to complete its circuit, down to little speedster Mercury, the closest to the Sun, which, comparatively, careens crazily round and round in its quick 87-day orbit for the shortest year of all the planets.

We watch the planets traveling unceasingly along their paths beneath us. Follow them with your mind’s eye. Each one is a point of brightness orbiting the Sun, marking time by its passage like the many hands of a great cosmic clock — and indeed this is exactly that, a cosmic clock. Unhurried, we marvel at the beauty of our little Solar System and its wonderful intricacies. 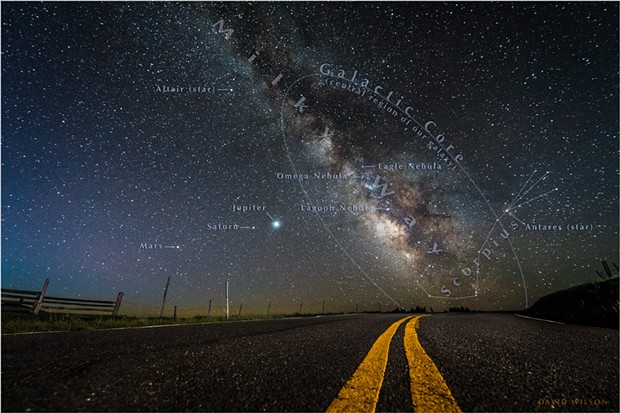 Moving in more closely, we see that the planets are more than mere points of light, they are globes. The sunward side of each is brightly illuminated, while the side opposite is forever cast in shadow. Imagine for a moment standing on the sunlit surface of one of the planets: The sky is an impenetrable dome of light dominated by the blinding brightness of the Sun. You can see nothing through it. But place yourself on the darkened, night side of any of the planets and the sky becomes a clear window looking far into the Cosmos, revealing a myriad of stars, planets and other celestial phenomena. But you cannot see all of space from here, for the night side is a window that only faces in one direction.

From back in our position above the Solar System, we can see that the night side of any of the planets always faces opposite the sun, while for us, hanging here in our privileged position outside of the Solar System, we enjoy a view deep into the universe, equally brilliant and detailed in every direction. We could become lost in the beauty of the infinite Cosmos from here. But down on a planet’s surface, the view from the night side is limited to only that part of space which is opposite from the Sun. Deprived of most of the view as they are forever to be, a sadness heavies our heart for the planet-bound. 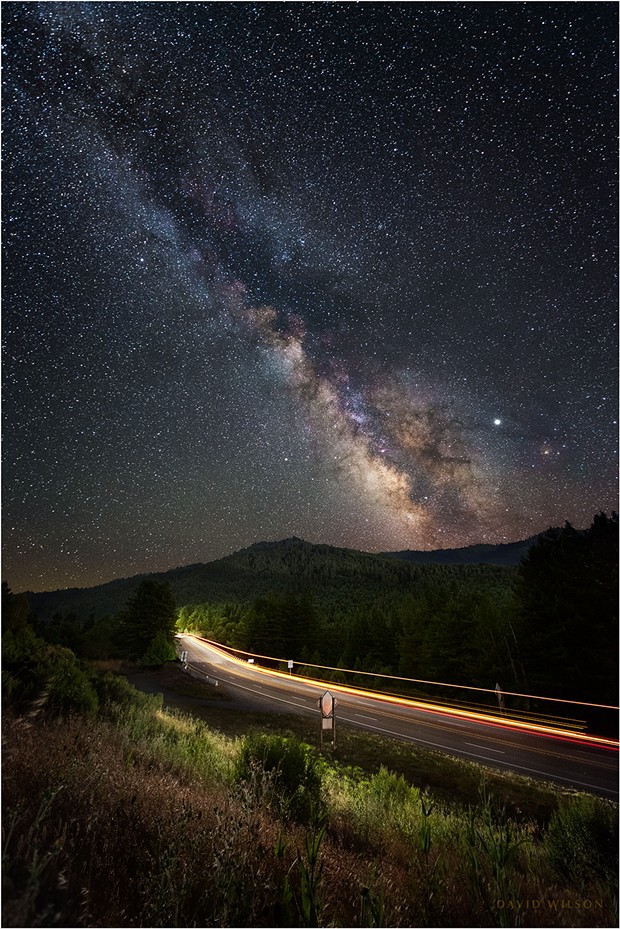 But looking down at the Solar System, seeing the planets circling the sun, we take heart knowing that in half a year, the planet-bound people will be on the other side of the sun where their nighttime window opens in the opposite direction to an entirely different view. And, of course, incrementally in between, the view changes ever so slightly night by night.

Wait, though — there may be another wrinkle to imagining the night-side view, for with our phenomenal powers of sight, we discern that the planets are not necessarily spinning on axes parallel to their orbital axes. Take Earth, for instance, the third planet out from the Sun. From our place out here above the Solar System, we see that the axis of Earth’s rotation is tilted about 23 degrees off from the axis of its orbit. This gives it a topsy-turvy view as it orbits, with its northerly side facing the sun for half of the year and its southerly side facing it the rest of the year. On the opposite side of the planet, the night side window for anyone on the surface is similarly scanning the heavens in an up and down motion, changing only minutely each night, as it sweeps the sky during the course of a planet’s full revolution around the sun. The view shifts almost as if Earth were a bobber bobbing in space, relative to the sun. It’s why the sun rises and sets farther to the south in the winter and farther to the north in summer.

You see that, don’t you?

From early May through late fall, Earth’s nighttime window for the Northern Hemisphere opens onto a breathtaking view straight to the very center of our galaxy. We see the Galactic Core as the most richly detailed stretch of the Milky Way, which is that misty band for which our galaxy is named that stretches across the sky. Gazing out through that window each night, it is plain that the true picture of the universe is greater than any visualization of which we are capable.

Slugging Toward the Sunset

Summer on the Plate
Top Stories