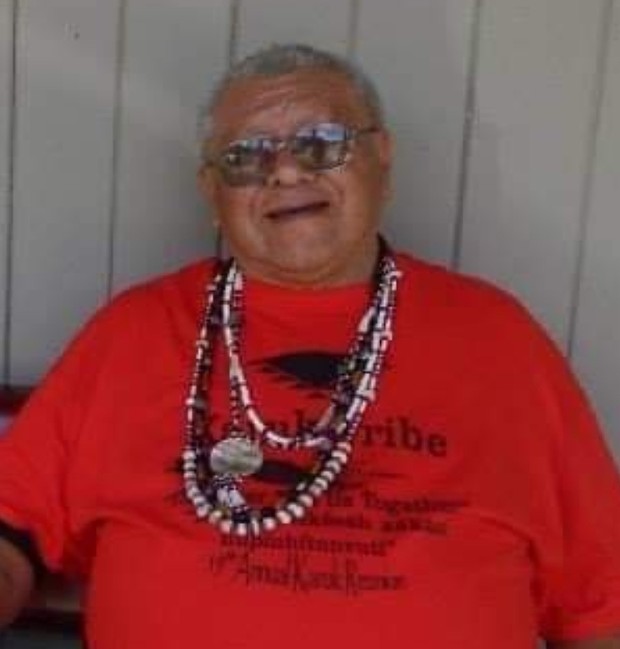 On Tuesday, June 22nd, 2021, Charron “Sonny” Davis passed away peacefully at home with his loved ones by his side. Sonny was born on July 12th, 1941 to Madeline Davis and Shan Davis in Somes Bar, California.

He married his soulmate, Kathleen Davis, in 1963 and is now on his way to be with her in the faraway land.

Sonny comes from a long line of basket weavers and medicine people from the Katimiin and Ti'i areas. He was from the old people, and was a connection for all Karuk people to learn story and language. Being a true Karuk, some of his medicine was being a good human and an inspiration for all his children, grandchildren, great grandchildren, nephews and nieces, cousins, and our Karuk communities. Part of his medicine legacy is being a renowned language teacher/leader where he has touched, and will touch, an immeasurable amount of lives and continue to lead Karuk people for generations.

In his youth he was a Pit Boss for a crew on the quarter-mile dirt track circuit in Oregon and California. Sonny had fruitful careers as a logger, a carpenter and a concrete finisher. In his later years Sonny served his people by being elected to the Karuk Tribal council for over 15 years. He will be dearly missed by all who knew and loved him.

Services will be held at the family cemetery in Ti Bar, on Sunday, June 27 at 11am. There will be a potluck at the lower flat following the services.