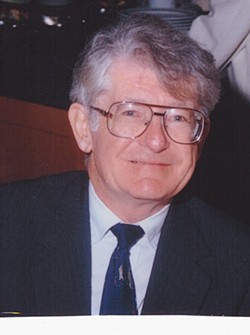 Philip Michael Arnot was born on March 10, 1937, in Los Angeles California to Maynard “Jocko” and Lucille Arnot. He lived in Glendale until 1944 when his parents moved Phil and his older brother James D. Arnot to Eureka. Jocko wanted the family to experience living on a farm like he had growing up in Lincoln, Nebraska. In 1947, the family purchased a small 9-acre farm with a horse, a cow, pigs, and rabbits in the Freshwater basin.

After two years, the family moved back to Eureka where Phil lived until he graduated from Eureka High School in 1954. Phil attended Humboldt State College in 1955 and graduated with a bachelor’s degree in 1958. Phil graduated from Lincoln Law School in San Francisco in 1963 and was admitted to the California state bar in 1964.

Phil and Sally were married in 1957. They returned to Eureka in 1964 where Philip worked for Humboldt Land Title Company for two years. He went into private practice for Fred Hilger in 1966.

Phil was a skilled bankruptcy practitioner and personal injury litigator. In 1985, Phil and Rory Hanson tried the case of Baker v. PG&E and obtained a jury verdict of 2.1 million, the largest verdict at that time in a personal injury case.

Phil’s 50 year legal career is credited with numerous published decisions in landmark bankruptcy cases. Those decisions have been the basis for numerous appellate court opinions.

Phil was active in local and state politics. During Ronald Reagan’s campaign for governor, Phil was the campaigns representative on the north coast and hosted Reagan while he campaigned in Humboldt County. A memorable experience. Phil was also the Humboldt County chair for Governor George Deukmejian for two terms.

Phil and Sally celebrated their 64th wedding anniversary in Portland Oregon in 2021 with their family following a recent move to Lake Oswego to be closer to Michael and Stephen. It was quite an event. Philip’s wife of 64 years recently passed away in September at the age of 82. Heartbroken, he followed her by passing a month later.

Phil is survived by his two sons Michael and Stephen, Stephen’s wife Andrea, and 5 grandchildren, Eloise, Sam, Camille, Nicholas, and Alexis. He also leaves behind his brother-in-laws Chris and Rick Watson. He additionally leaves behind on his brother James Arnot’s side of the family, Sharon his sister-in-law, nieces Michelle and Sheri-Lynn, nephews Joe, David, Randy, and Rodney and Janet Arnot’s children, Philip, James and Jeanette.

Phil passed away on October 18, 2021. He was a wonderful man, a loving husband and father, and good friend to many and an exemplary community member to the Eureka and Humboldt Bay area. He will be missed. A service was held at Ocean View Sunrise Memorial Park on October 29, 2021.
Prev
Next