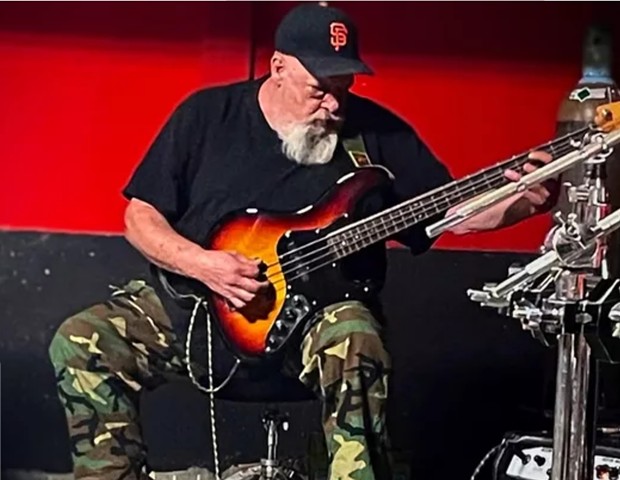 Steven Mark Perkins, beloved son, brother, father and friend, died peacefully on July 8, 2022 after a short painful battle with an aggressive form of lung cancer at the age of 60.

Steve was born on May 5, 1962 at St. Joseph’s Hospital in Eureka, California and spent most of his grade school years in the Eureka City Schools district.  Steve began his love of music at an early age starting with piano at age 5, trumpet at age 10, and getting involved with playing the electric bass in his early teens.

Steve moved to Chicago in 1979 to finish high school where he continued his music education playing bass in the high school jazz band at Walther Lutheran High School in Melrose Park, Illinois.

Steve moved to the Los Angeles area not long after graduation in 1980  and worked as a foreman for Sanders Hydroseeding Company out of Santa Ana for several years.  He also continued to master playing the bass with several bands on the LA rock circuit in his free time.

Steve decided to leave Los Angeles immediately in 1992 as a result of the LA riots violence.  His hydroseeding company sent Steve and his crew into South Central Los Angeles to help the clean-up efforts in the immediate days following the riots.  However, the level of danger driving into the war zone in South Central LA on a daily basis proved to be too overwhelming.

So Steve packed up his belongings and flew back up to Humboldt County within a matter of 48 hours to find safety, peace and quiet.  Steve lived the rest of his years in Humboldt enjoying his friends and family, working various jobs, fishing the Pacific Ocean and Six Rivers, and enjoyed playing bass in several bands with his dear friends until his death.

Steve was the kind of guy who loved his family and friends and playing music with everything he had and did everything he could to take care of everyone he loved.  Steve called his mom and sister who live in the Los Angeles area almost every night wishing them a good sleep and peaceful dreams and never forgot to tell them that he loved them always.  He told his friends the same that he loved them.  That’s what really made Steve special … his truly kind, loving, beautiful soul on earth.

A Celebration of Life Service for Steve will be held at Lutheran Church of Arcata located at 151 E. 16th St., Arcata, California on July 19, 2022 at 7 p.m. with a reception to follow.
Prev
Next