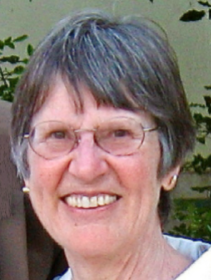 It is with great sadness that we announce the death of Pamela Walsh Olson, who passed away peacefully at home in Eureka on Sunday, September 25th, at the age of 76 after a short, courageous battle with cancer.

Pam was born on July 27, 1946 in San Francisco and grew up in Eureka. She was an amazing wife, daughter, sister, auntie, cousin, teacher, and a trusted & supportive friend to countless family members, friends, and colleagues. She was compassionate to others and shared her zest for life with all who knew her. Her open and positive attitude, mischievous sense of humor, loving and loyal devotion to family & friends, and general appreciation for a wide range of diverse personalities endeared her to those fortunate enough to have known her.

After graduating from Eureka High School in the 1964, Pam attended UC Davis where she received her BA degree and teaching credential in the late '60s. Her teaching career commenced at that time in the nearby community of Dixon, where she taught for a couple of years prior to accepting another position in Southern California in the early '70s. Pam had a spirit of adventure and was very independent, and after a few more years of teaching she struck out via car traveling alone to visit museums, historical sites, and family and friends across the country. At times she would record her thoughts and experiences in her beautiful calligraphy handwriting in the form of extensive letters she sent home to the family. During her travels she researched alternative schools & teaching methods and ultimately took a teaching position in Illinois for a short time.

After leaving Illinois she began working her way back west via Idaho and elsewhere before returning to the Eureka/Arcata area in 1976 to help care for her ill mother. After her mother’s death in 1977, Pam took a break from teaching for several years to work on a fishing boat for one season and to work with her brother Mike at a company he co-owned in Marin County. While living in the Bay Area she began pursuing a business degree at San Francisco State. Pam met her beloved husband Jim Olson in 1981 and they married early the next year, beginning a rich and wonderful love affair that lasted over 40 years. They shared a deep appreciation for the beauty of the Humboldt/Trinity/Del Norte region and spent treasured time with family & friends at the family cabin on the Klamath River, which provided many happy memories throughout their life together. After returning to Eureka with Jim, Pam resumed her teaching career. During this time she completed her Master’s degree at Humboldt State and turned her focus toward the administrative side of education for the rest of her career. Throughout all these years, Pam was a respected teacher, administrative leader, and principal who was admired by both students and staff at numerous schools including Redwood Valley, Petrolia, Hoopa/Klamath River, and Pine Hill.

Pam was an avid lifelong reader and lover of books, and she became a skilled sketch artist later in life. She supported and volunteered for numerous worthy causes in all the communities she served and lived in. Pam demonstrated humanity at its best and lived with a balance of strength and grace. She will be missed by all who knew and loved her.

In addition to her devoted husband Jim, Pam is survived by her brother Mike of Santa Rosa (Lynne and sons Jason & Sean), sister Sandy of Eureka (son Isaac & daughter Leanore), brother John of Orinda, stepson Chad Olson of Eureka, stepsisters Carol Clarke of Medford, Oregon, Sue Harrison of Medford, Oregon, and Gretchen Howard of Hawaii, sister-in-law Pam Bower and brother-in-law Thomas Olson of Eureka, numerous cherished cousins, and countless dear friends. Their world has been greatly enriched by having Pam in it.

There will be a private family gathering to honor Pam’s memory at a later date. Pam's family requests that any donations be made in her honor to the Humboldt Library Foundation. Her family thanks all the loving cousins and compassionate friends who supported Pam and Jim so respectfully and affectionately during the last few difficult months.
Prev
Next