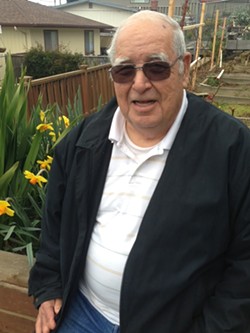 Henry was born in Roswell, New Mexico, on June 19, 1942. He moved to Eureka as a child, attended local schools, and graduated from Eureka High School, class of 1961. He married his high school sweetheart Betty and later welcomed their son Matthew.

Henry is survived by his beloved wife of 60 years, Betty Duran; son, Matthew Duran and daughter-in-law Glenda Duran of Seattle, Washington, two grandchildren, and two great-grandchildren; and many close family members and friends.

After graduating high school, he worked at the Simpson sawmill and later started his own successful trucking company, Duran Trucking.

Henry was an avid football fan and enjoyed coaching youth football. In his later years, he and Betty enjoyed cruising to exotic locations. He took up gardening and enjoyed preparing and sharing his favorite family recipes to pass the tradition of his heritage onto his nieces, nephews and grandchildren.

He is preceded in death by his beloved sisters, Pat Garrett and Esther Newman; and brothers, Eloy Duran, Roy Duran, Alfredo Duran, Esmil Duran, and Louis Duran. He was a loving husband, father, grandfather, great-grandfather, brother, and friend. All will sorely miss him.

In lieu of flowers, donations may be made to Hospice of Humboldt County.

A celebration of life is being planned for early summer.