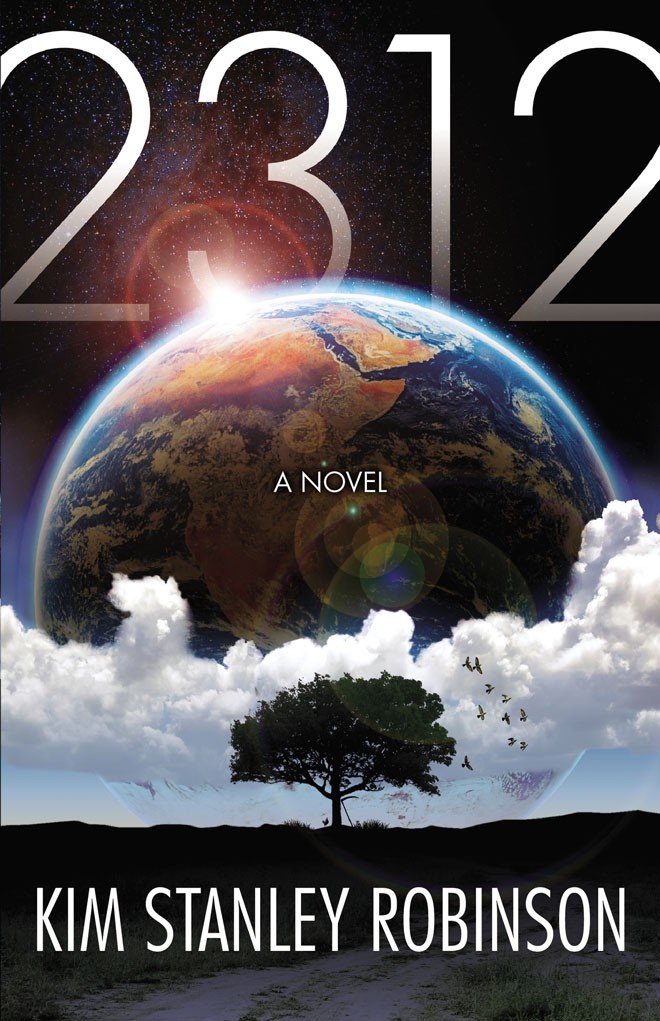 It's 300 years in the future and planet Earth is predictably hot -- "almost an ice-free planet," with swaths of the northern hemisphere as hot as the equator now, and the oceans 35 feet higher. Florida is underwater and Manhattan is flooded but inhabited: the 24th century Venice. An attempted technological solution to block sunlight only led to faster catastrophe.

But humanity has also spread out to the farthest reaches of the solar system, establishing radically new civilizations on planets and moons and inside hollowed-out asteroids. While Earth is ruled by "powerful nation-states that were also corporate conglomerates," the outside worlds (great and small) are teeming with experiment and variety, fiercely independent and ingenious but beginning to cooperate in a new kind of economy. Humans are physically changing in response to their new habitations' gravity and distance from the sun, as well as some genetic manipulation.

Kim Stanley Robinson fans will recognize features of his other space-based tales (longevity treatments, other worlds as utopian experiments) and science fiction fans will note echoes from Arthur C. Clarke (his "space elevator" technology) and George Zebrowski's ground-breaking 1979 Macrolife (colonies inside asteroids). But with a few new technological wrinkles Robinson creates a plausible and expansive future that includes struggle and adventure.

Sure, his vision of new worlds of great variety and culture, replicating past Terran civilizations and tenderly nurturing animal species extinct on Earth, may tend toward the idealistic or at least hopeful. It seems just as possible that they would replicate suburbia. But ripples of plausible hope are what Kim Stanley Robinson brings to all the planets on the table.

Part of the plausibility is the story, full of conflict and conspiracy, centering on a mystery. Part of the pleasure of reading it is the central if unlikely love story, and Robinson's unique feel for the natural world (or worlds) and of humans in the landscape. There is also a central revolutionary act to revive Earth that I won't give away, but it's unique in sci-fi and uniquely KSR.

Robinson's singular championing of the primal and the natural world does not prevent a hope for grand technologies that "could at last begin to overturn Jevons Paradox, which states that the better human technology gets, the more harm we do with it."

This is a long (561 pages) and richly imagined book -- not nearly as long as his Mars trilogy, but with some of the same qualities. With a literary background (including theory), Robinson at the beginning of his career made a deliberate choice to bring literary intentions and quality to the genre of science fiction. This is yet another proof of that experiment's ongoing success.