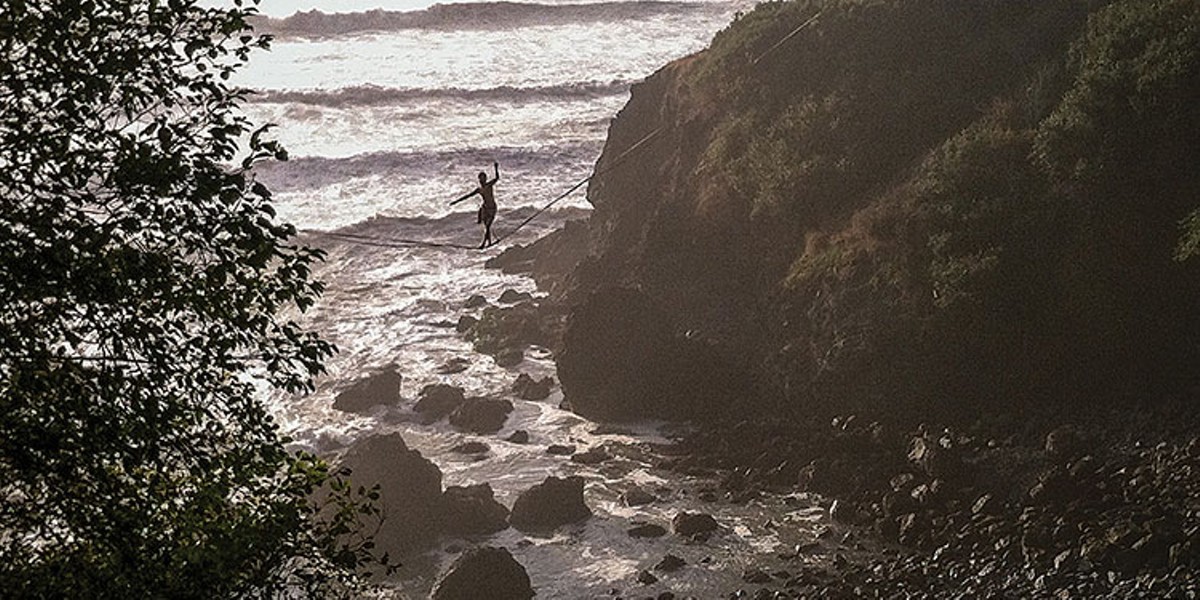 Thirty years ago, on Friday, Oct. 23, 1987, I helped the late Wayne Miller organize more than 100 local photographers in a countywide photo shoot of the "People, Places and Events of Humboldt County." We invited photographers of all skill levels to join and asked for "extraordinary photographs of ordinary events." (This was the advice offered in the original Day in the Life of America book project that had inspired Miller to organize the local effort.)

On Friday, Oct. 20, 2017, I joined 70 photographers from around Humboldt County who used used smart phones and digital cameras to again provide a historical accounting of a typical day in Humboldt County. Back in 1987, we used cameras with black and white negative film to create "wet chemistry" prints for a gallery show and, eventually, a book.

Slideshow 1987: The people, places and events of Humboldt County 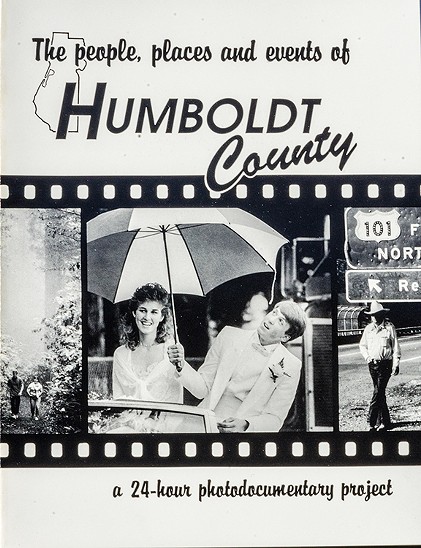 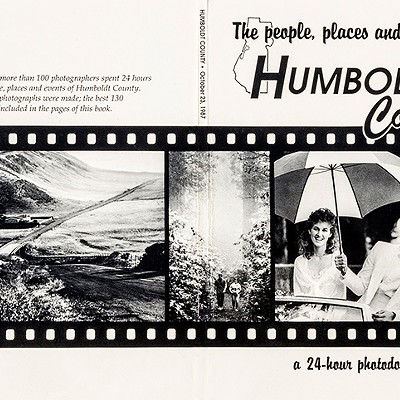 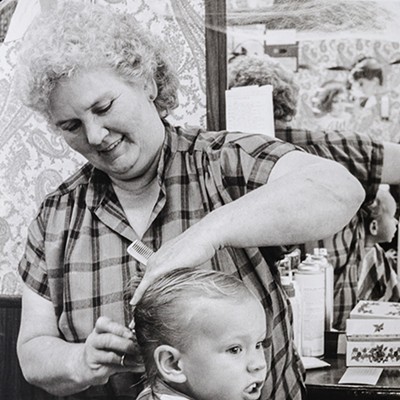 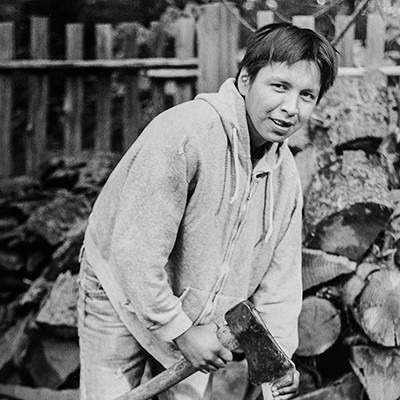 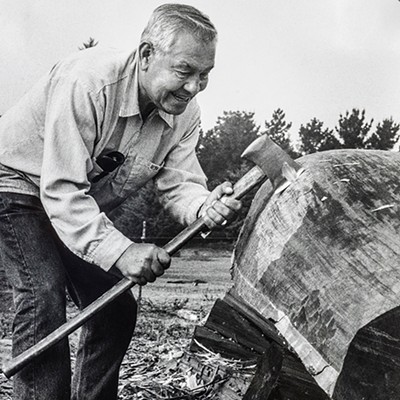 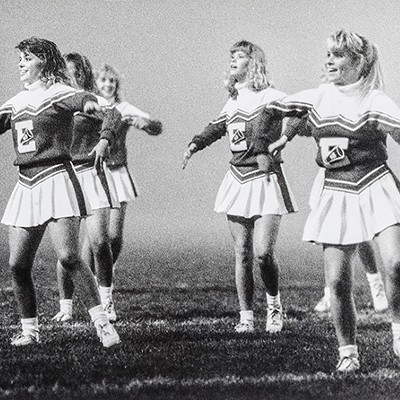 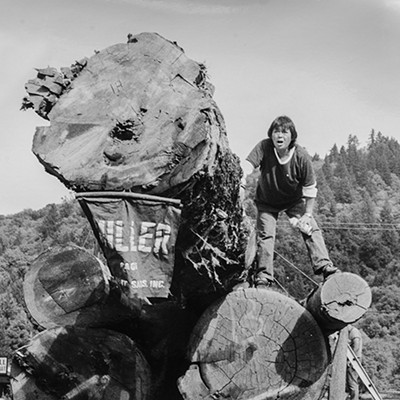 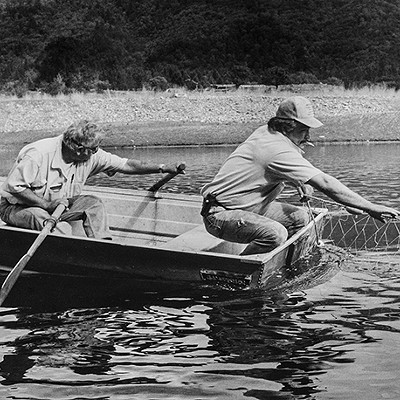 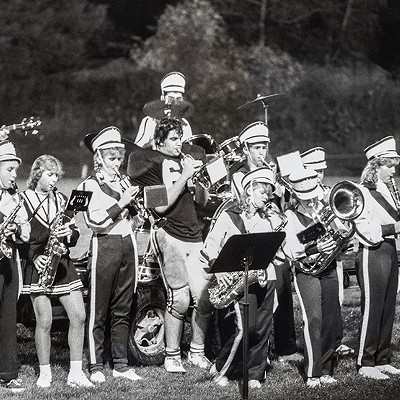 1987: The people, places and events of Humboldt County
Click to View 14 slides

This year's photo project day began overcast and rainy, like its counterpart three decades ago. But this year, the clouds cleared by late morning, rainbows appeared and a warm sunny day emerged.

Only four photographers from the 1987 project participated again this year: Douglas Fir, of Whitethorn, Lynn Enemark, of Eureka, Sydney Fisher Larson (my wife) and me.

My memories from 1987 are still pretty vivid. I used more than a dozen rolls of film over 16 hours of photographing, in addition to getting a haircut at Delilah's where I took a self-portrait with haircutter Brenda (we didn't call it a "selfie" back then). I had a detailed list of places I wanted to photograph but the clouds and rain washed out those plans, so I ad-libbed.

This year, I chose a more relaxed schedule. I eventually stopped at the home of Andy Alm, a former student of mine who Lynn Norton had photographed at his computer desk in the North Coast Environmental Center in 1987. My goals was to re-stage Norton's photo and then to photograph Andy holding the page from the 1988 book that included Lynn's portrait.

"That computer in the photo was an Apple IIe with about 128 kilobytes of RAM (that's kilobytes, not megabytes), and a 5-megabyte hard disk," Alm said. "That single computer was used to typeset the entire ECONEWS, and to manage the NEC mailing list of members, donors and volunteers. Contrast that to 2017, when a single digital image of me taken by Mark required 12 megabytes. The technologies have changed a lot in the past 30 years, and the iPhone in my pocket is a much more powerful computer than that early Apple."

Slideshow 2017: The people, places and events of Humboldt County 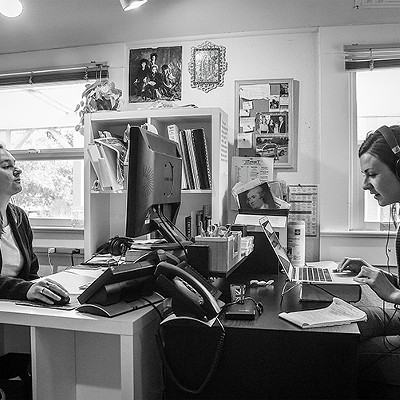 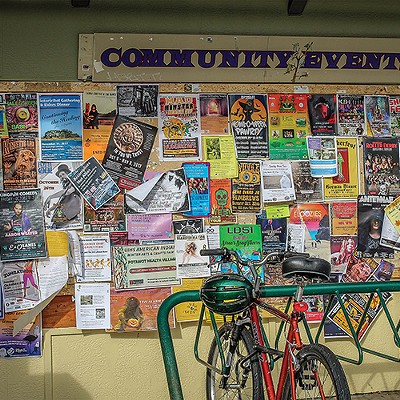 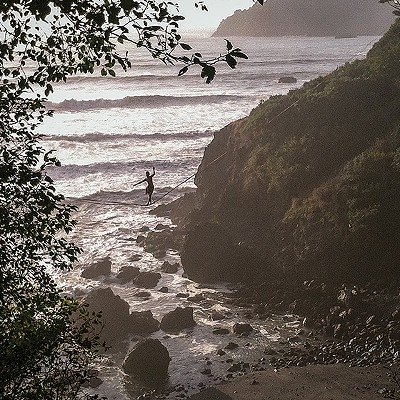 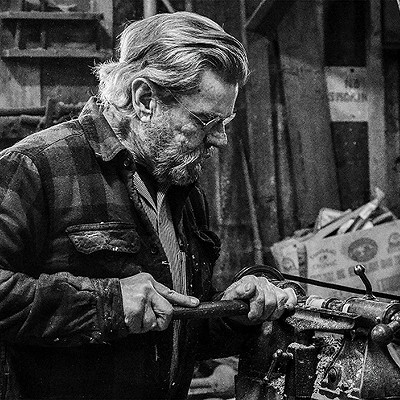 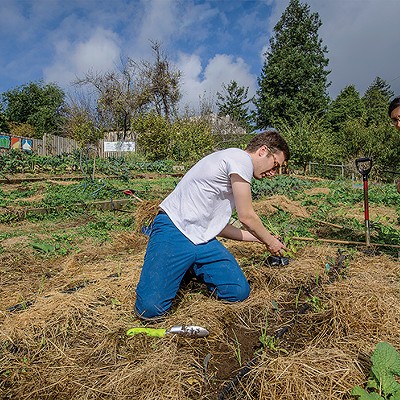 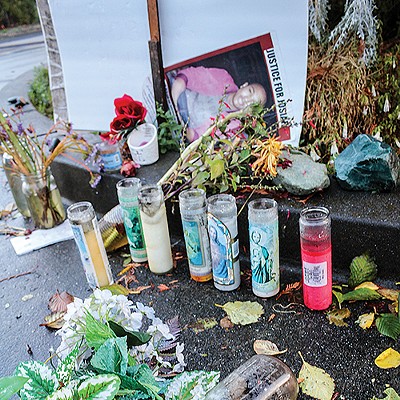 2017: The people, places and events of Humboldt County
Click to View 29 slides

In advance of this year's photo project, I had high hopes that others would also look at the photos in the 1988 book and re-photograph anyone still living. And the first submitted email I received from the project included a photo that made my day.

Marcella Brown, of Eureka, submitted her Oct. 20 photograph of her grandmother Bertha Herd, 83, cutting hair in a salon that was very similar to HSU student Nancy Wollin's 1987 photograph of Herd cutting hair at Christina's Central Styling in McKinleyville.

"I'm not really a photographer," said Brown. "My only background is taking a photography class in high school. And I just used my Galaxy S8 phone. But I saw the photo from 1987 of my grandmother cutting hair in the project's advance publicity, and it was a photo of her that I had never seen before (since I hadn't yet been born in 1987). My grandmother is still cutting hair simply because she likes to do it."

In total, participants in this year's project submitted more than 300 digital photos, 28 of which were selected to be printed for a December/January show at the F Street Foto Gallery (located above Swanlund's Camera at 527 F St. in Eureka).

The show's opening reception will be on Saturday, Dec. 2 from 6 to 9 p.m. as part of Arts Alive! All of the submitted images will be shown on a monitor during the reception.

I wish the late Wayne Miller (1946-1994) could be with us this year to celebrate this project's 30th anniversary. Wayne had worked as a photographer or editor for every newspaper in Humboldt County and taught photojournalism for several years at HSU. In 1988, Miller edited and published a paperback book about the project called, The People, Places and Events of Humboldt County: A 24-hour photodocumentary project. The first press run sold out immediately and only 50 copies remain of its second run. They will be available for a donation at the opening reception.

Similar to our experiences in 1987, I wish we had more photographers participate this year and that their photographs would have reflected a better cross section of Humboldt County in terms of age, gender, occupation and ethnic and cultural background. But I am comforted by what the late local photography historian Peter Palmquist wrote in the afterward of Miller's book:

"The photographers involved in ... (this 1987 book project) ... are clearly part and parcel of this long tradition of photographic recording and documentation. And like all great traditions, it is based on a sense of faith and of the unbroken links of our humanity. We have faith that our photographs will survive, and faith that, in the future, someone will still care that we lived and worked. Capturing time is every photographer's ultimate legacy."

For an extended version of this story, more photos from the project and a complete list of participants, visit www.northcoastjournal.com.