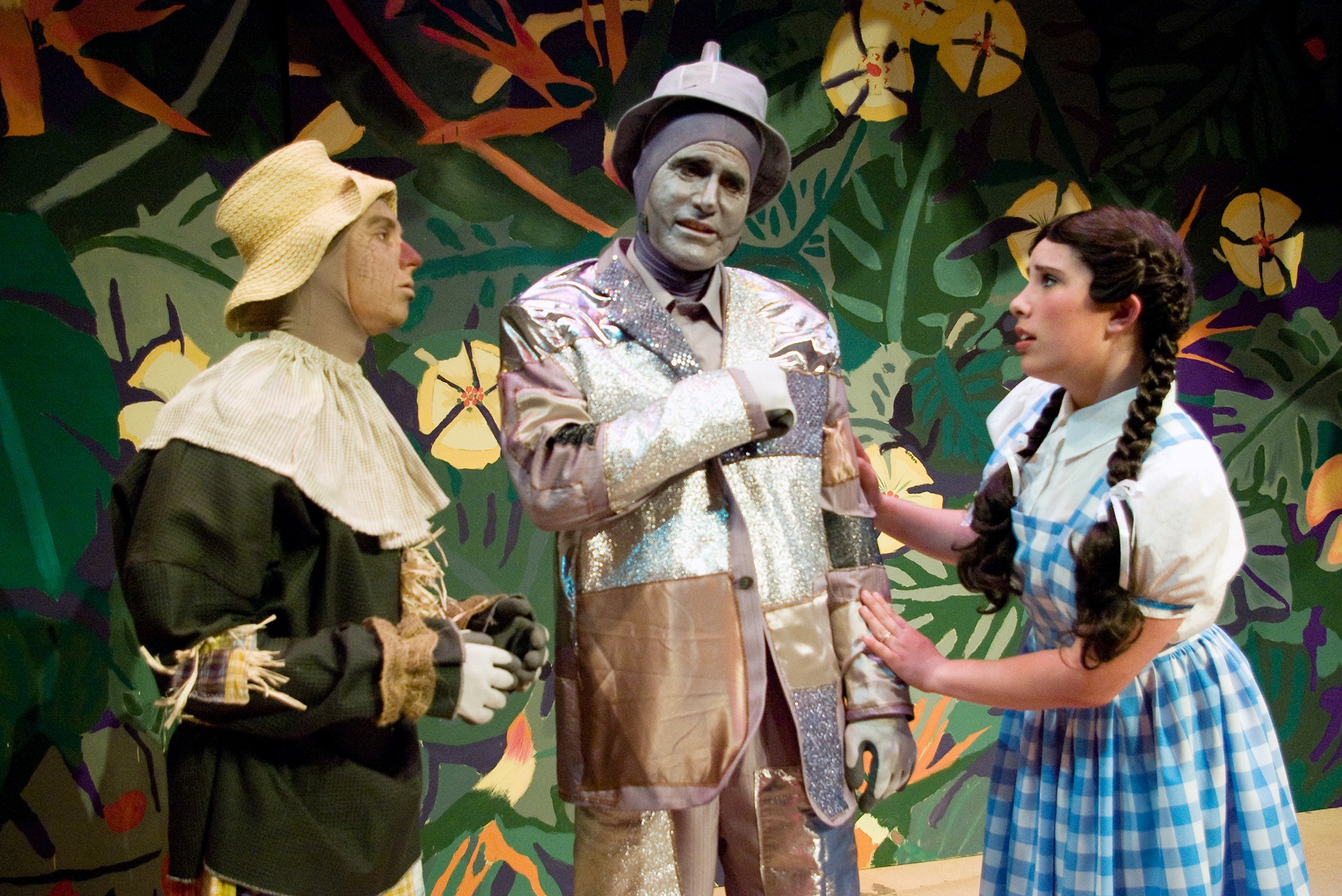 She was a Humboldt State political science major who took a voice class on a dare. She sang in public for the first time in Amahl and the Night Visitors, the first show produced by the Humboldt Light Opera Company. It was December 1973.

Now voice teacher Carol McWhorter Ryder runs the company, and she was the artistic director of This Is Our Story, the show celebrating HLOC's 40th anniversary in a packed Van Duzer Theatre at HSU last Saturday.

"A lot of us didn't have that much music in our lives when we were younger," she said in an interview as the company rehearsed. "When we explore that as an adult, we find a passion we didn't know was there. It changes your life tremendously."

She credits Jim Stanard, her HSU voice teacher, with inspiration that went beyond music. "He was an amazing mentor, not only vocally but in his feelings about the community and the role of arts organizations in the community." Stanard, along with director Francine Peterson and conductor Phil Kates, founded HLOC as an all-volunteer nonprofit. After more than 100 productions involving well over 1,000 performers, it still is.

The anniversary concert featured songs from HLOC shows of the past five years, from its fifth production of The Pirates of Penzance to the North Coast premiere of Dirty Rotten Scoundrels.

The show previewed songs from HLOC's forthcoming summer production, Shrek The Musical. "It's going to be a huge challenge," Ryder said. "We have to build a 25 foot singing dragon. But because we've had a great design and production team for so long, led by Jayson Mohatt, I know we'll do it."

Also performing were representatives of two auxiliary groups --the women's chorus known as The Babes, begun 20 years ago, and KidCo, the training and performance company for children, formed in 1998.

With four voice teachers currently in the company, HLOC emphasizes training. But this anniversary was clouded by the news that College of the Redwoods is about to reduce its music and theatre programs to almost nothing, beginning this May.

"Probably 80 percent of our company's young people have gone to CR," Ryder said. "Closing these CR programs is going to hurt us and all the local theatres, and the whole community." To emphasize this, performers who'd gone to CR filled the anniversary show stage just before intermission to ask audience members to petition the administration.

One example Ryder noted in the interview was James Gadd, a lead in several HLOC shows and a soloist Saturday night, who had never considered singing "until he walked into a voice class at CR. He's amazing now. He never would have felt he could sing except for CR. And that man needs to sing."

There were duos and trios and larger groups, and 50 munchkins from KidCo singing songs from The Wizard of Oz. Led by HLOC's orchestra conductor Justin Sousa, a final chorus of at least 60 adults and nearly that many children reprised the evening's theme song from the upcoming Shrek: "This Is Our Story," with the lines, "You are us/we are you/ this is our story."

The first solo number in the show, sung by (former CR student) Essie Canty Bertain, was from Little Women, about how the young writer Jo wants to be "Astonishing." A few hours before this performance I listened to visiting New York director Samuel Buggeln talk to HSU theatre students about working in New York and Los Angeles, where intense competition along with the vagaries of show business mean that few actors get opportunities. But as the HLCO anniversary show should remind us, an audience somewhere in Humboldt on any given weekend may see and hear someone be astonishing.

Coming Up: Dell'Arte International School MFA students present Finding The Way Home: An Evening of Melodrama, a set of overlapping stories in which good triumphs over evil (eventually), Thursday through Saturday, March 14-16, at 8 p.m. in the Carlo Theatre. Call 668-5663 for reservations.

Arcata Playhouse inaugurates this year's Family Fun Series with The Gruffalo, a play with animal characters and music adapted from an award-winning children's book, presented by the London-based youth theatre group Tall Stories. Performances are Friday and Saturday, March 15 and 16, at 7 p.m. plus a Saturday matinee at 2 p.m. Tickets at www.arcataplayhouse.org or 822-1575.

Community members are presenting several performances of A Thousand Kites, a play based on letters from prisoners, family members and correction officers: Friday, March 15, in Gist Hall at 8 p.m., March 29 at the Native American Forum at HSU during the university's Criminal Justice Dialogue, and finally at Redwood Curtain on April 7 at 2 p.m. All proceeds benefit the Prison University Project among other programs.