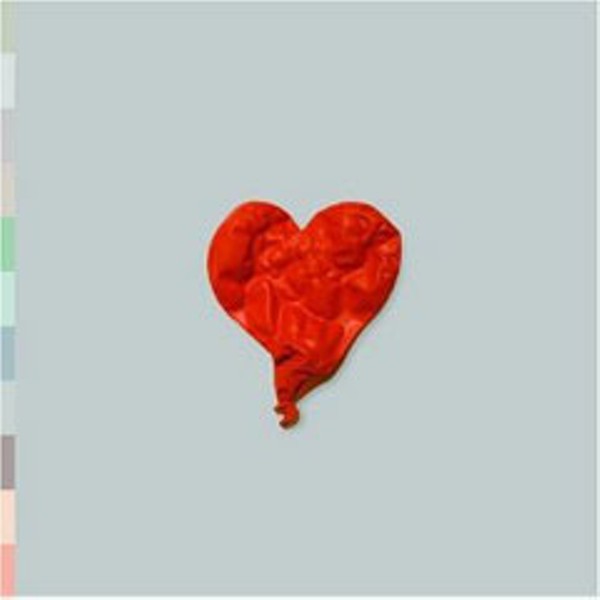 Kanye West has come a long way since The College Dropout, way back in the distant, innocent year of 2004, when he was idealistic and almost naïve (if a record full of raps about how awesome he is and how he deserves to be a best-selling rapper can be deemed naïve). 808s and Heartbreak would have been Kanye's senior year, but apparently he skipped a grade -- album No. 3, just last year, was Graduation -- and, if we can ludicrously extend the metaphor, has entered the post-university gap-year existential moaning phase.

808s is thematically akin to West's other records in that it is full of self-doubt, but the difference is that the conflicted emotions are being emitted from a place of pain rather than one of cocksure awesomeness. He used to rap about the conflict between just wanting to be a good guy but getting the gold chains and the women, and that was pretty compelling, but now that West has lost his longtime girlfriend it's almost as if the compelling tension between "conscious" and "cash" has been destroyed by the general collapse of his soul. This is truly a smooth, polished, beautiful album, but at its core is a guy who can't quite get it together to care about the stuff he used to care about. No tributes to other rappers, no social commentary, no innovative samples (to speak of) -- just hurt.

And so enter the Sad Robot, a character that's been around almost since the idea of robots was invented. West employs it effectively here. The much-dissed Autotune, a piece of software that works like a vocoder to make vocals sound on-pitch (and computerized), is not at all out of place -- it makes West sound like a good singer, and it channels his raw emotion through an electronic medium, keeping it at arm's length. This is a record about heartbreak, but the presence of Autotune and the titular 808 drum machines (providing what are at times truly punishing beats), make it feel like a clinical examination of the emotion rather than a journal entry.

It's difficult to pick out any songs that don't achieve this study of sadness, so the record works well as a cohesive whole, but "Love Lockdown," "Coldest Winter" and "Robocop" particularly capture the relentless numbness of it all. The most palpable anguish is on the live track (a weird choice in itself) "Pinocchio Story," an improvised solo on which West reaches past the Sad Robot, past the stylization of depression and attempts to become, like the puppet, "a real boy."