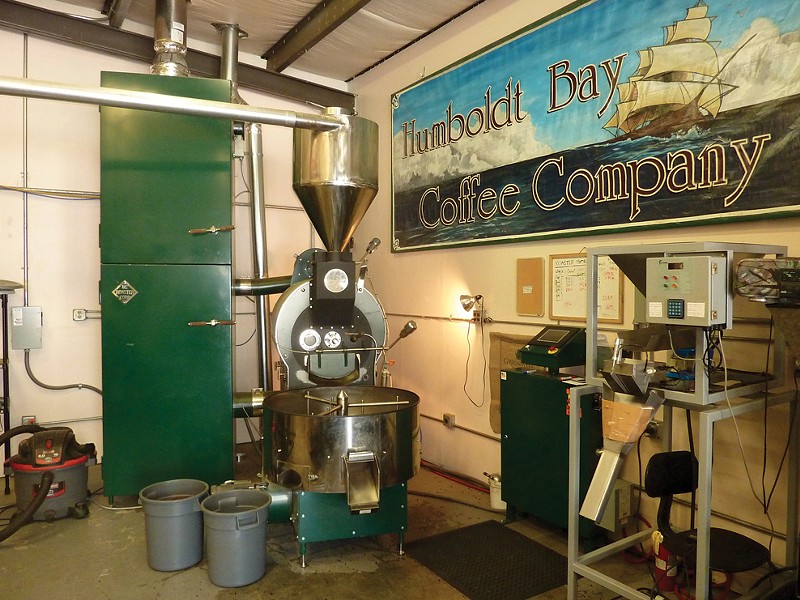 For most of us, our alarm clocks only half awaken us. Consciousness isn't fully realized until our pupils dilate after the nose wallows in the smell of ground coffee beans wafting through the air.

Last year we asked you who had the best cup of coffee, but this year we wanted to decide Humboldt's favorite coffee roaster. The results were close, but ultimately Humboldt Bay Coffee Co. was the cream of the crop, edging out Sacred Grounds.

If it wasn't for its tokers, Humboldt might be most known for its roasters. Humboldt has at least 10 coffee roasters, and some local coffee shops say that might be more per capita than anywhere in the United States.

Owners John and Yoko Hall have been breaking up coffee beans for almost 20 years, offering fair trade, organic, high end and conventional blends. The company recently opened a visitor center in Old Town Eureka, where it also does its roasting and packaging. The coffee company welcomes anyone to swing by and learn a little bit about that bean we fiend. (Did you know the beans are green before they're roasted?) Thanks for topping us off, Humboldt Bay Coffee Co.

prev page 1 of 2 next
Start Over
More Categories