The latest 007 installment gets to the heart of the suave, womanizing super-spy 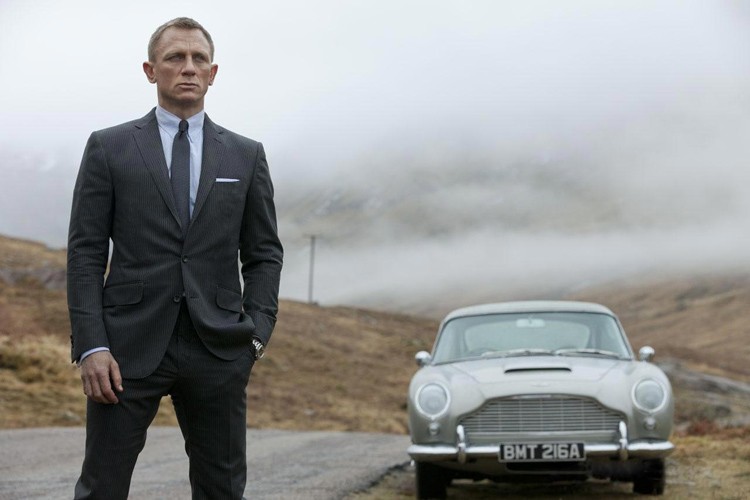 SKYFALL. The makers of the Bond franchise don't have to reinvent the wheel. As long as they give us some ripping action scenes, sexy ladies, a few clever one-liners and a memorable villain we'll all dutifully stream into the theater. (I suspect that allegiance to the series, rather than the depth and quality of this latest installment, fueled last weekend's big box office numbers). And Skyfall certainly delivers all the delicious trappings we've come to want and expect. Thing of it is, it also neatly deconstructs the James Bond character and the mythology surrounding him before setting us up, at movie's end, for a new beginning.

The opening finds Bond (Daniel Craig) in Istanbul, attempting to mop up an operation gone very bad. Multiple MI6 operatives lie dead or dying, and a critical computer drive has fallen into the wrong hands. In a rare moment of compassion and internal conflict, Bond is forced to abandon his wounded comrades and pursue the stolen drive, per the seemingly dispassionate orders of M (Judi Dench).

A thrilling motorcycle chase sequence ensues, through the Grand Bazaar and onto the top of a speeding train. Bond and a nameless assassin lock in mortal combat while greenish field agent Eve (Naomie Harris) watches from a distance. Ordered by M to attempt a shot at the villain, despite the risk, Eve hits Bond instead. His "death" is made public, and he secretly enters a period of boozy beachside carousing.

Meanwhile, back in London, our unknown antagonist uses the contents of the purloined drive (real identities of agents undercover inside terrorist cells) to harass and blackmail MI6 and M specifically. A grizzled Bond reappears, drawn by an allegiance even he doesn't fully understand, to track and kill the villains. He also confronts M for her seeming nonchalance at ordering the shot that might have killed him.

This establishes one of the central themes of the narrative. M, surrogate mother to all of her agents in the field, is continually forced to weigh the good of the many against the good of the few. In this case, the scales came down against Bond, perhaps her most beloved, most difficult adoptive son. This notion of dysfunctional parenthood informs every aspect of the plot as it moves forward.

Bond's investigation leads him to Shanghai and Macau, and into a few scrapes and welcoming beds along the way. He discovers that his nemesis is a former Double-0 agent with even bigger mommy issues than his own. As played by the tremendous Javier Bardem, Silva is a brilliant, malignant, blond-haired dandy. Bardem is one of the most recognizable stars in cinema, but he somehow manages to transform himself time and time again. Here he carries himself with bemused, swishing menace and creates the most memorable Bond villain of them all.

Silva used to be M's chosen one and, when tested, proved he would sooner die than show disloyalty. But death eluded him, despite his best efforts. Left out in the cold, he began building a complex, ingenious revenge plot against the mother who abandoned him. This plot drives Bond and M closer together and eventually to a fiery standoff at Bond's boyhood home in the Scottish highlands.

More than any previous Bond movie, M is presented as a primary character. She is initially easy to dismiss as icy and calculating. But as the story moves on and the conflicts continue to compound, Dench expertly portrays M as a tough lady with a nearly impossible job. She has to take individual responsibility for not only the lives of her agents (whom she sees as family, we find out), but also for the security and wellbeing of Great Britain. It's a pretty tall order, and we see M as a woman finally starting to show the strain attendant to the job. There are scenes, late in the movie, when she lets her guard down, revealing a depth and vulnerability heretofore absent from her character.

And as much as Craig's Bond continues to be a broad-shouldered thug in brilliant suits, Skyfall continues an arc established in Casino Royale (2006). Like M, who for all intents and purposes is his mother, Bond is a complex, troubled man with a very difficult job. He can throw himself into the violence and womanizing, but here we get an insight into the notion that he might be doing it to avoid confronting his own vulnerability. Cinematically, director Sam Mendes brings this home (pardon the pun) by staging the climax at Bond's family estate. Bond and M are forced into a very intimate defense of their lives, with their estranged, would-be family member (Silva) as the aggressor.

The climax feels a little rushed, almost tacked on after the painstaking build-up. But it hardly matters. The narrative thread of Skyfall is the most effective and deceptively simple of any of the Bond movies. It's couched in such exciting action sequences that one might not even notice that by the third act, Bond's character has been exposed, completely deconstructed and then elegantly reassembled as a stronger, more focused version of himself. Mendes serves this up to us in a clever closing sequence, staged and shot in a style straight from the Connery era. It's a fascinating coda: Bond back from the dead and the franchise functionally rebooted. PG13. 143m.

THE TWILIGHT SAGA: BREAKING DAWN PART 2: ELECTRIC BOOGALOO. OK, I made that last part up, but wouldn't it be bitchin' if Edward and Jacob had a breakdancing showdown, and then, like, Bella blew them both away with a rad pop-and-lock routine? PG13. 115m.

THE SESSIONS. John Hawkes (Winter's Bone, Deadwood) stars as a 38-year-old man in an iron lung determined to lose his virginity in this film fest fave, co-starring Helen Hunt (where's she been?) as his sex therapist and William H. Macy as his priest. R. 98m.

Sunday at the Arcata Theatre Lounge, catch 2010's animated family comedy Despicable Me so you'll know what's going on in Despicable Me 2 when it comes out next summer. PG. 95m. 6 p.m. Next Wednesday's Sci-Fi Pint and Pizza eschews the usual campy B-movies in favor of The Golden Compass (2007), a big-budget Hollywood fantasy based on the first novel in Philip Pullman's His Dark Materials trilogy. This sucker was a dud at the box office, hence no film trilogy, but the polar bear fight is pretty sweet. PG13. 113m. 7 p.m.

THE MAN WITH THE IRON FISTS. Wu-Tang producer the RZA directs and stars in this hyper-stylized kung fu extravaganza, with Russell Crowe and Lucy Liu kicking in. R. 96m.

THE PERKS OF BEING A WALLFLOWER. A high school coming-of-age drama starring Emma Watson and Ezra Miller, directed by Stephen Chbosky, based on his own bestselling novel. PG13. 103m.

WRECK-IT RALPH. A video game bad guy with a good heart sets out on an existential quest across the pixilated landscapes of Pac-Man, Street Fighter and the like. PG. 108m.