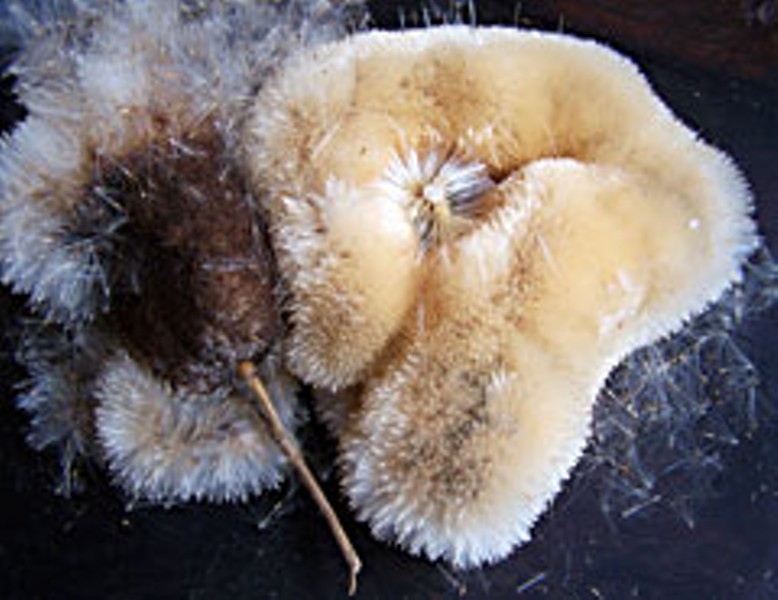 This Holiday season deserves a fun project: Count the seeds in one cattail. I estimated the number to be half a million, but every scientific claim should be verified before acceptance. I suggest you share the fun and check my result. A source of cattails is just east of Bigfoot Gas in McKinleyville. The cluster of seeds that I examined was a cylinder 20cm long with a circumference of 9cm. Its area was thus about 18,000 square mm. I attempted four methods of obtaining a sample small enough to conveniently count:

The average of my estimates is 460,000 with a large uncertainty, but I will tentatively claim that one seed cluster can contain half a million seeds. These plants usually produce more than one cluster and often regenerate vegetatively from rhizomes, so the significance of my counting is that, in a stable population, one seed has less than one chance in half a million of growing to maturity.

I would like to hear from you, but realize that I am more likely to hear from whoever has to clean up a mess of seeds drifting in the slightest breeze.