So many shows make your head spin 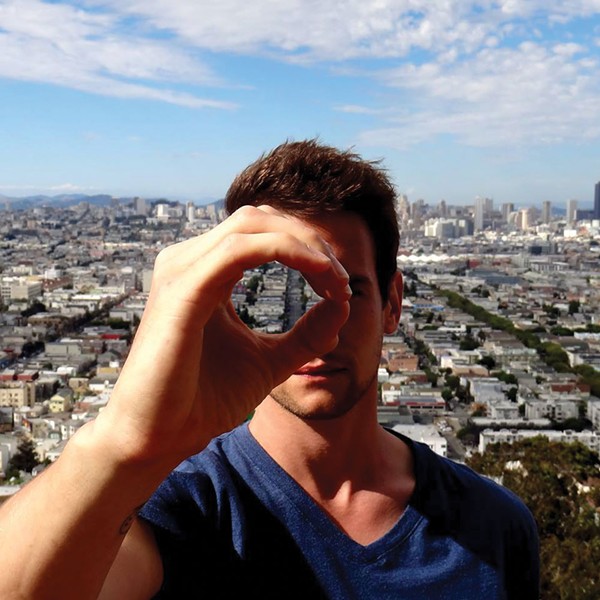 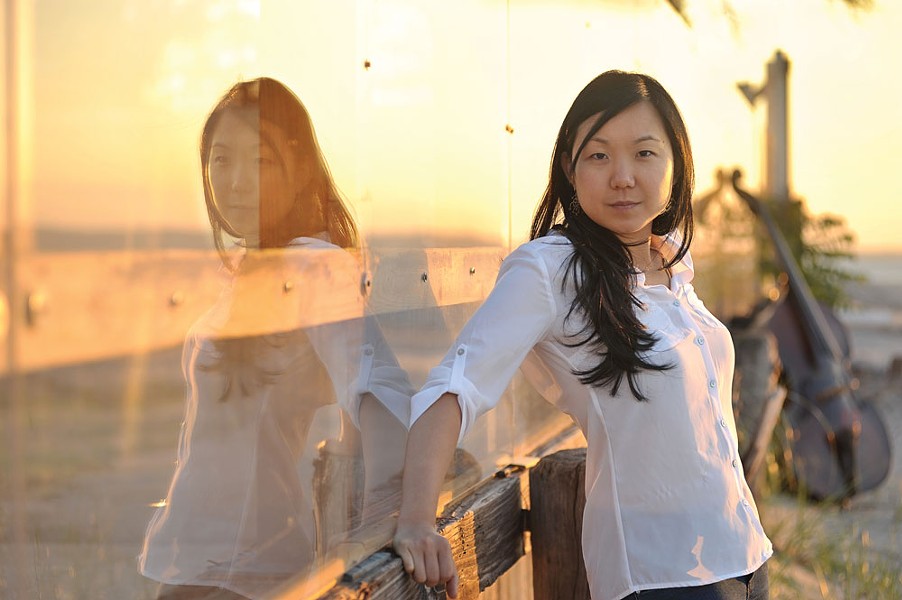 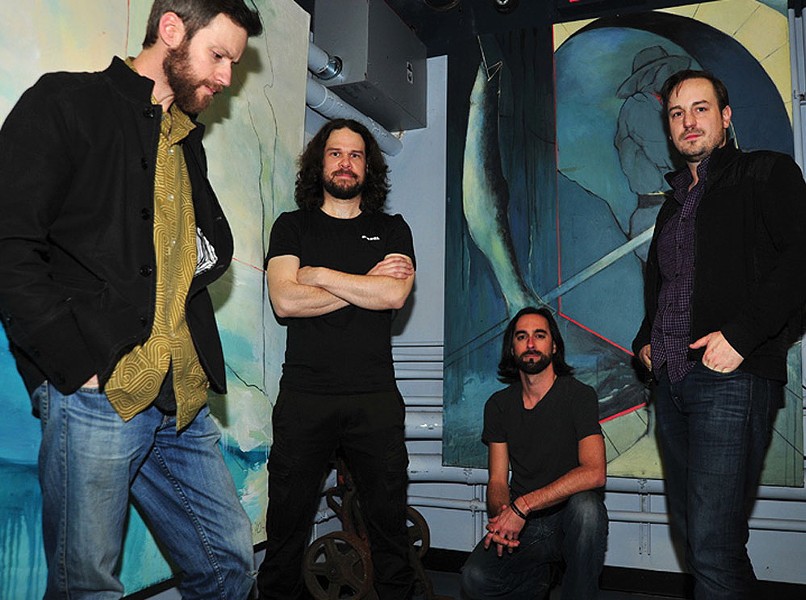 Please sit down. Don't worry, you'll be up soon enough. It's just that I am about to spew so many your-options-in-live-music at you that if you're standing, the sheer number might trigger a collapse. So, sit. You're probably sitting anyway, reading the print version at a coffeehouse or the digital version on your laptop. If you happen to be standing in line, looking at this on your phone (what did we do in line before phones?) then you may remain standing, but please take a moment to get centered before going forward. Do I sound delirious? Yes. That's what trying to encapsulate all this week's band happenings into 1,200 words does to a person. Choice is stressful. Hopefully next week it'll be all karaoke and lip-syncing. (Why is no one lip-syncing?! Get on that! Also, kidding.)

Moving over to A-town, Arcata mega-poppers The Wild Lungs join Eureka acoustic punks TheBoredAgain at the Jambalaya. Revel in the intangible beginning at 10 p.m. Cover's $3, show is 21-and-over.

Maybe you want to experience a "beat." Head into the Arcata Theatre Lounge, where the sexified and infectious melodies of The Polish Ambassador will emanate from the stage, along with Liminus featuring the folk songwriter-electronic music composer pairing of Wildlight (the press kit promises Wildlight will "jumpstart a party into a syncopated bounce"), classically trained composer, producer and trumpet player Saqi and loop pedal goddess Ayla Nereo. Warm up by downloading the Ambassador's 10-album, 30-remix discography for free at thepolishambassador.com. Doors open at 9:30 p.m., tickets are $17 advanced and $20 general, available at People's Records, Wildberries and The Works. This show is 21-and-over.

Austin heroine Carrie Rodriguez and renowned roots fiddler Luke Jacobs perform at Arcata Playhouse in support of their new album Live At The Cactus. Tickets are $15 general and $13 students. Show starts at 8 p.m.

Livetronica pioneers Particle are best known for marathon sets at Coachella, Bonnaroo, Lollapalooza and the Austin City Limits Music Festival. The band combines a full light show and multimedia production with a signature mix of high-energy dance music, rock and funk. Catch them at Humboldt Brews starting around 9:30 p.m. Tickets are $15 and the show is 21-and-over.

If you're in the mood for excellent and sophisticated jazz, know that anything connected to the Redwood Jazz Alliance is the real deal. RJA's spring season continues with rising star bassist Linda Oh at 8 p.m. in HSU's Fulkerson Recital Hall. All About Jazz calls Oh's latest work, Sun Pictures, "an album of achingly fragile beauty." The touring version of Sun Pictures features Ben Wendel (of Kneebody) on sax, Matt Stevens on guitar and Justin Brown on drums. It's $15, $10 for students.

The jazz theme continues with a Redwood Coast Jazz Festival performance by Tommy Castro And The Painkillers — okay, so it's not exactly jazz since Castro is famed for his signature brand of modern day rocking rhythm and blues, but the gig is part of the jazz fest, so do with that what you will. This show happens in the sweet confines of the Eureka Theater at 4:30 p.m., tickets are $25 to $85 and a full lineup is available at redwoodjazz.org and in the Journal's Calendar section.

Humboldt's dark new wave darlings Space Biscuit play The Palm Lounge with Arcata's Wownd following some stand-up comedy with Ben Feldman. The funny stuff starts at 8 p.m., theoretically, and the music kicks off around 10 p.m. Cover is $5 from 8 to 9:30 then a $3 to $5 suggested donation.

Maybe you want to rock out with your flock out. "Flock" referring to the dedicated followers of Led Zeppelin and the four women who keep the passion, beauty and aggression of that band's music alive. Yes, it's Zepparella! at Humboldt Brews. Tickets are $20, recommended in advance. Showtime is 9:30 p.m. and, sorry kids, this one is a 21-and-over trip down memory lane.

If battling bass is more your thing, never fear, Arcata has that, too. Yes, KMUD, World Famous Productions and the Northern Nights Music Festival bring you Battle of the Bass III featuring Salva at the Portuguese Hall. Tickets are $15 in advance, $20 at the door. Show starts at 8 p.m. and is 21-and-over.

What about Germanic deep house future thizz, you ask? No problem! Take yourself on out to the Alibi where ZORDON will offer exactly that. Cover is only $2! Show is 21-and-over, of course, and will start 11 p.m.-ish.

Pianist, songwriter, multi-instrumentalist producer Marco Benevento, a man who has never suffered from lack of talent and whom you might know from Garage A Trois, Surprise Me Mr. Davis and numerous other bands, brings his legacy of experimental jazz and rock to the Jambalaya. It's $12, $10 advanced and The Getdown will apparently be playing, too. The show gets going around 9 p.m. It's 21-and-over, natch.

And as if to prove that Tuesdays can never be boring, Emancipator Ensemble, Slow Magic and Nym keep the groove going at Arcata Theatre Lounge. Think electronic, sampling and plenty of beats, beats, beats. Doors open at 9:30 p.m. Tickets are $15 advance and available at People's Records, Wildberries, The Works and this show is 21-and-over.

We get email. "I'm Ann from Darsombra. We are an audio-visual live performance experience (a band!), and we've got a show coming up in Eureka at the Ink Annex. The show is part of an eight-week cross-country tour and it marks the 20th anniversary of my bandmate Brian Daniloski's first tour around the country with his old band Meatjack. That was so long ago that they were booking the tour during the tour from pay phones!"

Daniloski alternates between searing guitar riffs, leads, loops, mammoth vocal swells and soundscapes. It's one part metal, one part psychedelic rock, one part experimental with dashes of prog, glam and krautrock. Filmmaker Ann Everton projects her kinetic, psychotropic videos specifically composed to Daniloski's music, engulfing the audience within the trip, as well as providing occasional accompaniment on vocals and synthesizer.

Your final show features the guitar brilliance of Scott Pemberton, a musician often compared to Jimi Hendrix, Dick Dale and James Brown, who will be pleased to entertain you at Humboldt Brews for a mere $10 at the door. Show starts at 9 p.m. and is 21-and-over.