On passings, transformations and immediacy 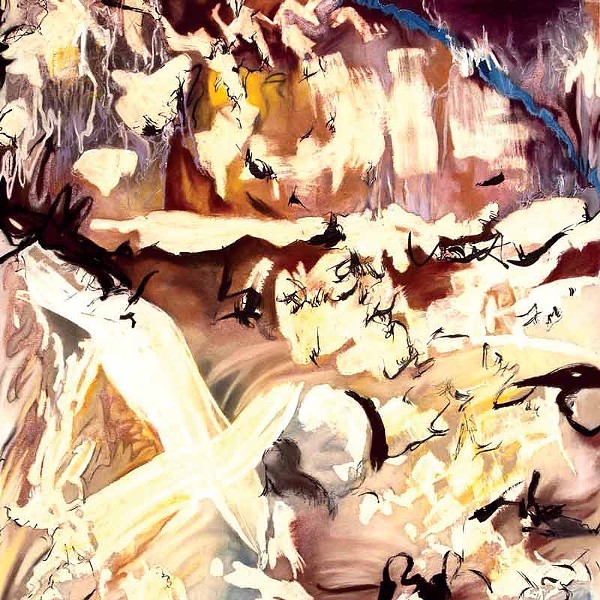 The abstract riches of Natalie Craig at the Black Faun Gallery.

Attending Arts Alive! typically embodies fun, amusement, a bit of awe before a particularly impressive piece of artwork, the joy inherent in being part of the thriving crowd on the streets. Eureka, electrified. This month's selections start off on a somber note, however, as the event takes place on the eve of what would have been Father Eric Freed's 57th birthday, and Eureka Books (426 Second St.) has chosen to honor the late priest's life, work and continuing legacy. And what is one of art's purposes if not to transform grief into beauty, despair into faith, horror into honor?

Freed was killed New Year's Day in St. Bernard's Catholic Church, staggering both the religious and secular communities. Much about his life emerged in the media following his death, leading to inquiries about his book of translations, The Experience of the Atomic Bombing of Hiroshima in Poem, published in Japan in 2009. With the help of an employee of the Oakland Catholic Worker, Jen Card, Eureka Books staff tracked down the last 90 copies in a church in Hiroshima and had them shipped to the store. The book shares then-15-year-old Hiroko Takanashi's recollections of the aftermath of the bombing and the many haiku she wrote about the experience. Freed, who lived in Japan for many years and was ordained as a priest outside Tokyo, translated those poems and explained the complex meanings of each word. His love for the Japanese language was such that he taught it after his return to the United States. In addition to serving as priest at St. Bernard's, he also lectured in Humboldt State University's Religious Studies Department. (A portion of each sale of Freed's book will go to the department.)

Additionally, Eureka Books has commissioned the talented Lynn Jones of Just My Type Letterpress (and formerly of the Journal) to print a broadside of two of Freed's haiku translations, proceeds from which will go to continue his works. For those who knew Freed — or those with questions about his impressive life — several of his parishioners, friends and colleagues will be available to talk. "Usually when we have an author event, the author sits at a table and talks to people," Eureka Books co-owner Scott Brown said. "This time, we have a group of people who want to share his legacy. As an independent bookstore that cares about the community, we're so pleased to bring people together to honor Father Freed."

Let's shift from the clear division of life and death to a more abstract take on the world — this one in the form of In Place, a collection of mixed media art by Natalie Craig at The Black Faun Gallery (120 Second St.). The exhibition showcases mixed-media paintings that Craig completed since 2007, broken into sets of paintings conceived in different locales. The different parts of the paintings, originally disparate, come together in breathtaking form. The work may be abstract, but the details are clear and the beauty is concrete. "Part of being human is the ability for interpretation," Craig explains in her artist's statement. "A place, a moment, an area, a state of mind, an interaction, choices are made from the impact of environments and feelings as they mesh in the mind's eye, in the heart." Her paintings ask the viewer to stop, to be present and to not miss the small elements that make up the grand whole. They are the opposite of, and the antidote to, the overloaded world we live in, the one that requires us to glance at our phones every few minutes, afraid of being late, so concerned about missing out that we miss what is around us. To be present is not a new concept — all art is an invitation to exist in the moment — but rarely does the request come with such elegance.

The paintings of one of Humboldt's most recognizable artists, Matt Beard, continue to be on display at New American Funding (108 F St.). Beard's landscapes hum with such vibrancy that onlookers might be forgiven for trying to climb inside. Content yourself with letting the colors wash over you until you feel the sand under your feet and the salt on your lips. It'll only take a moment.

See the full Arts Alive! listings elsewhere in the Journal.