A Home in a Redwood 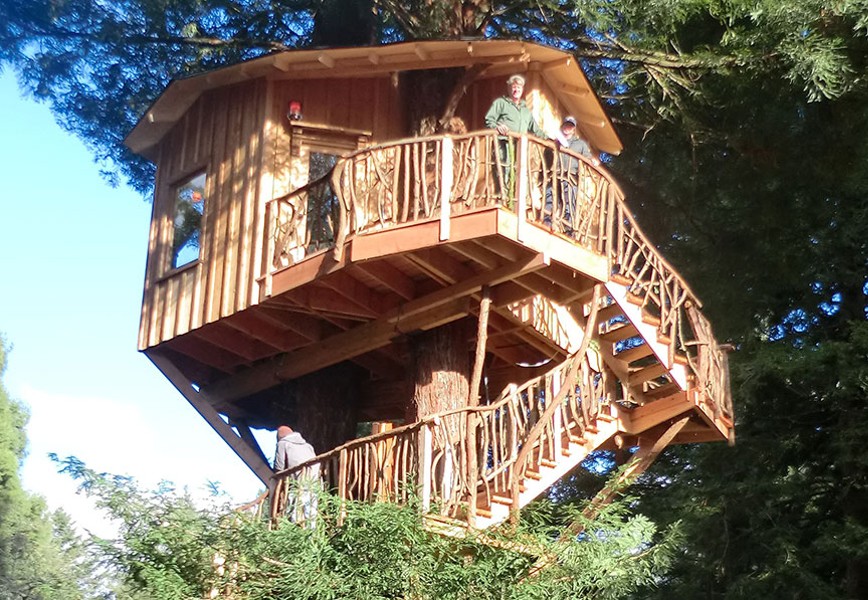 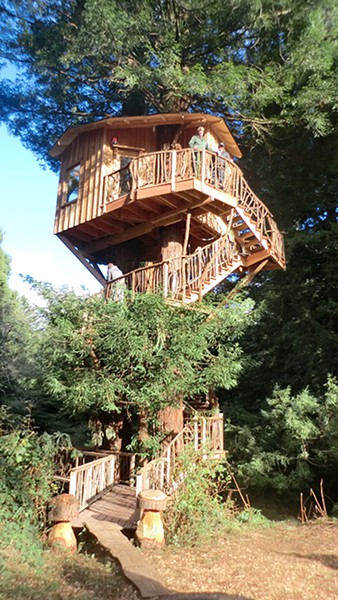 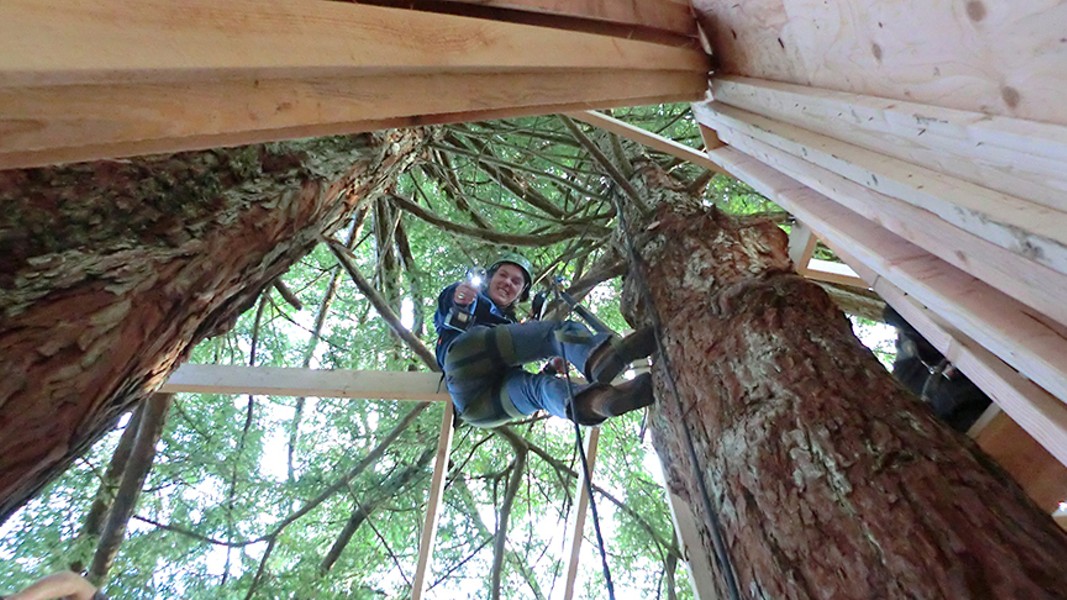 photo by Josephine Johnson sittin' on top of the world.

Maybe you're feeling low, a little too close to the ground. You want a place of retreat to elevate, inspire and get you floating again.

For Humboldt County resident Crystal Miller, a longtime lover of great trees, that meant a treehouse in a redwood in her backyard. Miller and her fiancé Arif Malik bought their rural property together in late 2009 with the shared dream of building a treehouse in that one big redwood out back, but tragically Malik died in a car accident in December of 2009, just as their place went into escrow. Miller remained determined to make good on their original dream and honor his memory.

A genuine do-it-her-selfer, Miller had been following the work of treehouse builder Pete Nelson through his books and building conferences. She says she knew building one properly would require special know-how and that she couldn't do it by herself. It would take expertise, hardware, equipment and grit — precisely the moxie and special knowledge of Nelson and crew. So, a couple years ago, Miller reached out to Nelson, who responded eagerly that he'd love to build a treehouse in a California coast redwood way, way up — 60 feet off the ground.

As fate would have it, just as Miller was contacting Nelson, so were Animal Planet and Stiletto TV. They wanted to do a reality TV series with Nelson and his treehouse projects. Miller's project was waitlisted until network negotiations, production and construction schedules were all settled.

Nelson grew up building treehouses in his father's trees. As a kid he practiced in his backyard with old storm windows, discarded lumber — whatever was in the garage. But lacking building skills, his structures couldn't match the grand vision in his head, and he grew frustrated. After working his way through Colorado College doing construction, he had the chops to start building lush, adult retreat spaces in trees. For the first decade, he financed many of his projects himself, including much of what went into his first book, Treehouse: The Art and Craft of Living Out on a Limb. His custom treehouses for private clients can cost up to $300,000, but ones built for the Treehouse Masters show run from $80,000 to $120,000.

After a couple years of waiting, following Nelson's treehouse building exploits and hoping her project would be next, it was finally Miller's turn. In November, Nelson and his crew began constructing Crystal's dream tree retreat.

For nearly three weeks, a TV crew and building crew spent 14 hours a day — and sometimes longer — on Miller's property building and filming the tallest structure the crew had ever attempted. Miller was not content to merely stand by and watch. As any true tree-loving, hardcore Humboldt woman would, Miller donned a hardhat and safety harness and went to work along side Nelson and his crew. "I needed to help build this," says Miller. "I wanted to get my hands dirty finishing a dream I fondly shared with someone who's no longer on this earth. Finishing this feels really good."

Nelson found Miller's project a fascinating challenge. "We'd never built a treehouse as high as 60 feet," says Nelson, "plus we've only built a handful where the tree is actually inside the structure." He pauses, runs his hand through his hair. "This will be fun to monitor!" He explains that the redwood adds a challenge to Miller's structure. Redwood is a soft wood, and when conditions are right — lots of moisture and moderate temps — they grow rapidly, as much as 3 feet in height per year. Humboldt's redwoods typically (though not this year) endure tough winter storms, too, with winds sometimes gusting over 50 miles per hour.

Miller's treehouse would have to be built to accommodate extreme wind and rain, as well as the natural growth factor of the tree. Nelson would need to use at least four 21-inch long treehouse attachment bolts to firmly anchor the structure to the tree. These special bolts reach into the tree's heartwood and provide solid anchor points. Once in place, the bolts jut out far enough from the bark to allow for the redwood's growth. For a little while, anyway. Nelson would like to check up on Miller's treehouse in the next two to three years.

You can check it out on TV when the Treehouse Masters "Sky High Redwood Retreat" episode airs Friday, Jan. 31 on Animal Planet.