A King Falls and the Sky Collapses

The King's Man and The Sky is Everywhere 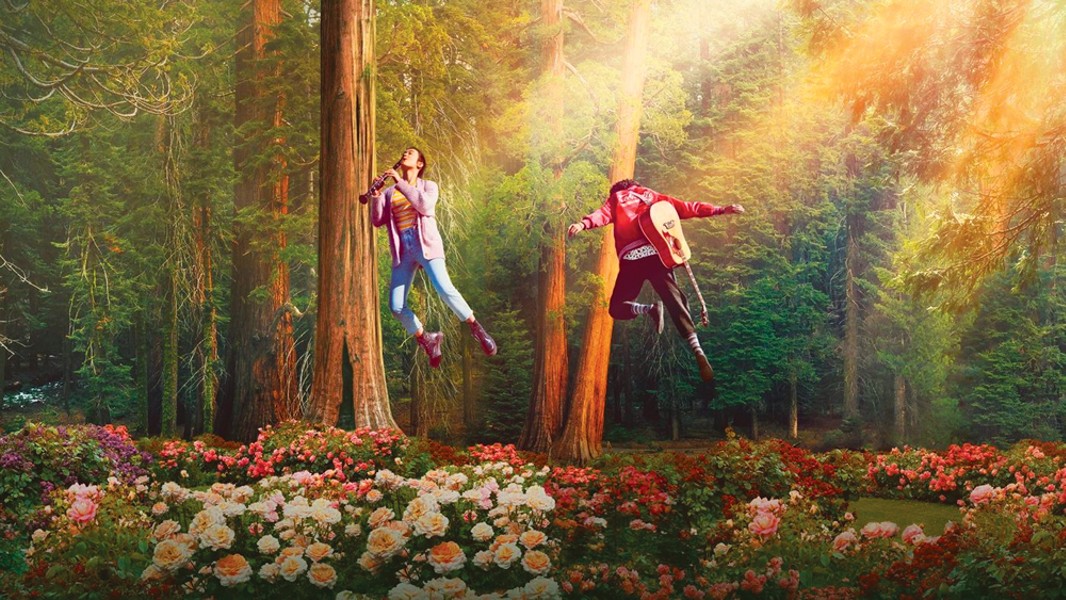 THE KING'S MAN. As late as 2019 — which is when, if memory serves, the trailer for The King's Man began to circulate — I could be frequently heard singing the praises of the Kingsman series. To that point, of course, only two movies had been released: Kingsman: The Secret Service (2014) and Kingsman: The Golden Circle (2017), but they were (and can hopefully remain) cause for great excitement and optimism. Not only did they introduce most of us to Taron Egerton as the unlikely but perfectly-suited next great British spy, but they gave us Colin Firth in a new mode. But more electrifying was the franchise's creation of a new language for action-spy-comedy. Channeling Bond and Carter and the sadistic Savile Row cool of mid-20th century British crime pictures, the first two Kingsman movies drip with style, each character perfectly costumed in timeless-hip couture, the production design a decadent, joyful imagining of a world assailed by clever, maniacal super villains and defended by cleverer-still secret agents. Most importantly, they are wall-to-wall fun, crafting a note-perfect balance of charm, humor and menace that elevates and exceeds the tone and cheek of their influences. By that standard, as my wife mournfully put it, The King's Man is a fail.

Which is not to say it is without its attributes: Co-writer and director Matthew Vaughn returns, again working from material by comic creator Mark Millar. And so the movie is polished and imaginatively constructed, with Ralph Fiennes stepping into a lead role he seems born to play. And Rhys Ifans, as the larger than life mystic madman Rasputin, delivers a gleefully sinister performance. But in moving backward in time, the turn of the 20th century and then the depths of the First World War, The King's Man sacrifices the glorious hybrid style — a perfectly cut orange velvet jacket covering the most futuristic of gadgetry, say — that defines and enlivens the previous two installments.

Notably, this one marks the departure of Vaughn's longtime collaborator Jane Goldman (I believe he's only made one other movie without her) and its skewed tone and uncharacteristically uneven pacing must, it would seem, be at least partially attributed to her absence. Gone are the lascivious asides, the controlled sexiness and comic timing of the previous Kingsmen. Some of the trademark camera moves and over-the-top locales are here but feel phoned-in, included as an obligation rather than as contributions to the vitality and swagger of the whole affair.

What we have, instead, is a portrait of a protagonist and a continent riven by conflict, seemingly on the brink of dissolution. Which, like many of the scenarios and characters depicted, all seems true enough to life. Because of that adherence to historical "authenticity," though, this doesn't feel like another chapter in the series; it isn't much fun and it doesn't belong.

The flame of hope remains, however dimly flickering, as it would seem there could be more Kingsman movies in the future. And, as I did for this one and despite my meaningless disappointment, I look forward to them. R. 131M. HBO MAX, AMAZON PRIME.

THE SKY IS EVERYWHERE. The Sky is Everywhere Knowing my taste and proclivities better than most, the Editor suggested, as she prepared to take some time off, thereby unburdening herself of the drudgery of correcting my comments, that I should (would) review this. Aware that I am perhaps the least likely audience for a young adult, magically-realistic meditation on grief and teen love, I suspect (read: know in my bones) that she intended this as both a mild punishment and a mean-spirited joke. And, well, yeah, joke's on me.

Having said that, I would suggest, in my defense, that I remain willing and mostly able to set aside my preconceived notions and meet art on its own terms. Even in the case of a candy-colored, lo-fi weepy like The Sky is Everywhere. But at some point we all have to admit the limits of our generosity of spirit and flexibility of mind. There have been examples of high school dramedy and romance that have gotten past my defenses and ingratiated themselves, but there aren't many. And the frustrating thing is that it shouldn't be that hard to make resonant, honest art out of a period in life that will remain, for many if not most, a fertile, painful and easily mined vein of experience. Too often, though, movies with pretenses to such exploration are either under-thought, over-thought or, somehow most frequently of all, an ungainly combination of the two.

Which is just the sort of no-person's land real estate inhabited by The Sky is Everywhere, directed by Josephine Decker and adapted by Jandy Nelson from her novel of the same title. Seventeen-year-old Lennie (Grace Kaufman) cannot imagine escaping the world of grief created by the death of her older sister. She has all but given up on her dream of attending Juilliard; in fact, she can barely pick up her clarinet, let alone string notes together meaningfully. Her grandmother (Cherry Jones) and inexplicably named Uncle Big (Jason Segel) try to support and comfort Lennie as well as they can, but she feels utterly alone. And so her life is exponentially complicated when her sister's boyfriend (Pico Alexander) and the mysterious new multi-instrumentalist heartthrob in town (Jacques Colimon) make romantic overtures.

The movie is often gorgeously photographed by Ava Berkofsky (much of it almost literally in our backyards) and Kaufman gives a big, raw performance that feels as though it could have been shepherded toward greater impact. PG-13. 103M. APPLE TV+.

THE CURSED. Sean Ellis writes and directs a horror movie set in a 19th century French village with vampires and worse. 113M. BROADWAY.

JACKASS FOREVER. It's all fun and games until somebody in this aging crew breaks a hip. R. 96M. BROADWAY, MILL CREEK.

PARALLEL MOTHERS. Drama about a pair of mothers to be — one adolescent, one middle aged — bonding in a maternity ward. R. 123M. MINOR.

SPIDER-MAN: NO WAY HOME. See what happens when you take your mask off? Starring Tom Holland and Zendaya. PG13. 148M. BROADWAY, MILL CREEK.

STUDIO 666. The Foo Fighters move into a mansion crawling with supernatural entities hoping to find the creative flow for their 10th studio album. R. 110M. BROADWAY.