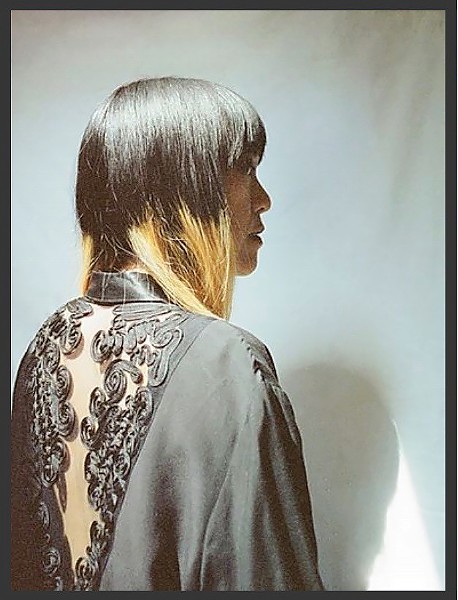 January becomes February this week and it's a leap year, so we get an extra day out of the month. It seems almost too much that 2020 is going to be just a little bit longer than most years, doesn't it? Well, here we are. We are compelled by the calendar to go through the days so how about we have some fun?

Piece by piece, one week at a time.

My favorite local wild man, freak-scene Cumbia band Los Dune Bums is playing a free gig this evening at the Depot tonight at 6 p.m. If that's a little too early for you or you prefer your shows to be off campus, you can catch them tomorrow night at Blondies at 8 p.m. for the same price with a bigger bill. Word is that the fantastic soul/funk duo Icarus and Sons will be joined by Disco Consultant and a host/emcee calling themselves The Grouch (not the famed Bay Area rapper, I assume) for an evening of dancin' o'plenty.

Sondra Sun-Odeon is an experimental drone composer and songwriter from Brooklyn whose music can — like everybody else playing at tonight's show at the Siren's Song — be comfortably housed under the large, billowy and diaphanous genre known as shoegaze. She will be sharing the stage with Nayodel from Los Angeles and the recent Oakland-to-Arcata migrating duo Silence in the Snow at 8 p.m. I guess they really liked the place after playing here a few times over the last couple of years. Like most of the shows put on by the now itinerant Outer Space collective, this show will cost a sliding scale entry fee of $6-$20.

The Joey Alexander Trio is helmed by a 16-year-old piano Jedi from Indonesia who has been pulling off Thelonious Monk memorizations since he was a small child in Bali. Having played for many elder statesmen in both the jazz and political world (including two U.S. presidents), the young master brings his music to Fulkerson Hall for a concert tonight at 8 p.m. ($66, $10 Humboldt State University students). The kid's got six studio albums under his belt (as well as a Christmas E.P.) so I suspect that there will be no shortage of material on tap.

The Sanctuary is bringing back its free Casual Café Sunday morning gatherings. Today's music will be provided by the J-Street Regulars featuring the talented guitarist/tromboner James Zeller, bassist James Adam Smith, and guitarist Daniel Nickerson. There will be a bake sale and coffee and tea available. Doors open at 10 a.m., and lovely as this sounds, I think that I won't have time to make an appearance, as I will likely be pre-gaming for the Super Bowl. Although a part of me is quite taken by the idea of preparing to watch the 49ers stomp a mud wallow into the Kansas City Chiefs by sipping tea and listening to pre-war string jazz. Hmm, tempting.

It's quiet tonight but we are all officially in the 2020 primary season, as today is the Iowa Caucus. To commemorate this, I will now rate the democratic candidates by assigning music to represent each one. This is (probably) exactly as scientific as the process of the caucus itself.

Bernie Sanders: Nilsson Sings Newman. Timeless and good for basically everyone. This is the best stuff that America has to offer.

Elizabeth Warren: Everything by Liz Phair after Exile in Guyville. It's OK but one wonders what would have happened if Liz hadn't abandoned the good ideas to chase a more commercial sound.

Pete Buttigieg: His campaign's High Hopes song by Panic! At the Disco. It's annoying, it was written by a committee and might be a government psy-ops project.

Amy Klobuchar: The "1812 Overture" by Tchaikovsky except the cannon booms at the end are the sounds of a coffee cup bouncing off the walls in a conference room full of interns.

Tom Steyer: A Harry Connick Jr. holiday CD that Starbucks sold in the winter of 2006.

Joe Biden: Life in the Fast Lane by The Eagles. Except the lyrics are a spoken word with Joe Walsh and Don Henley trying to remember anything from the '70s and '80s.

Mike Bloomberg: The generic walk-on music that was playing during his appearance at the 2004 Republican National Convention in New York in support of the re-election of George W. Bush during the Iraq War.

Black Uhuru, Duckie Simpson's rotating cast of reggae and dub all stars is returning to Humbrews tonight at 10 p.m. The half-century-old project out of Kingston, Jamaica has seen many iterations and musical changes over the years, but like the rock of Gibraltar has remained a recording and touring monolith. The band always gets a pretty warm reception here behind the Redwood Curtain, and tonight should be no different. Belgian singer and frequent collaborator Onesty is still on the bill, as she was the last time the group came by to play for us. As it once was, so shall it be again ($30, $25 advance).

Santa Cruz electronic bass music maestro Minnesota returns to Arcata for another night of crushing, high energy dance tunes. His Exit Reality Tour is stopping in the Art Deco bedecked Arcata Theatre Lounge tonight at 8 p.m., with support from fellow knob rollers Thook, Thelem and EASTGHOST. This one is usually pretty big with the summer festie crowd. Advance tickets are going from $15-$25 depending on the packaging. Boom.

Collin Yeo has been studying the paintings of Breugel the Elder, which as far as he can tell are the 'Where's Waldo' posters of the Dutch and Flemish Renaissance. He prefers he/him pronouns and lives in Arcata, which is thankfully much less violent and almost as whimsical as 16th century Flanders.