A Mixture of Things 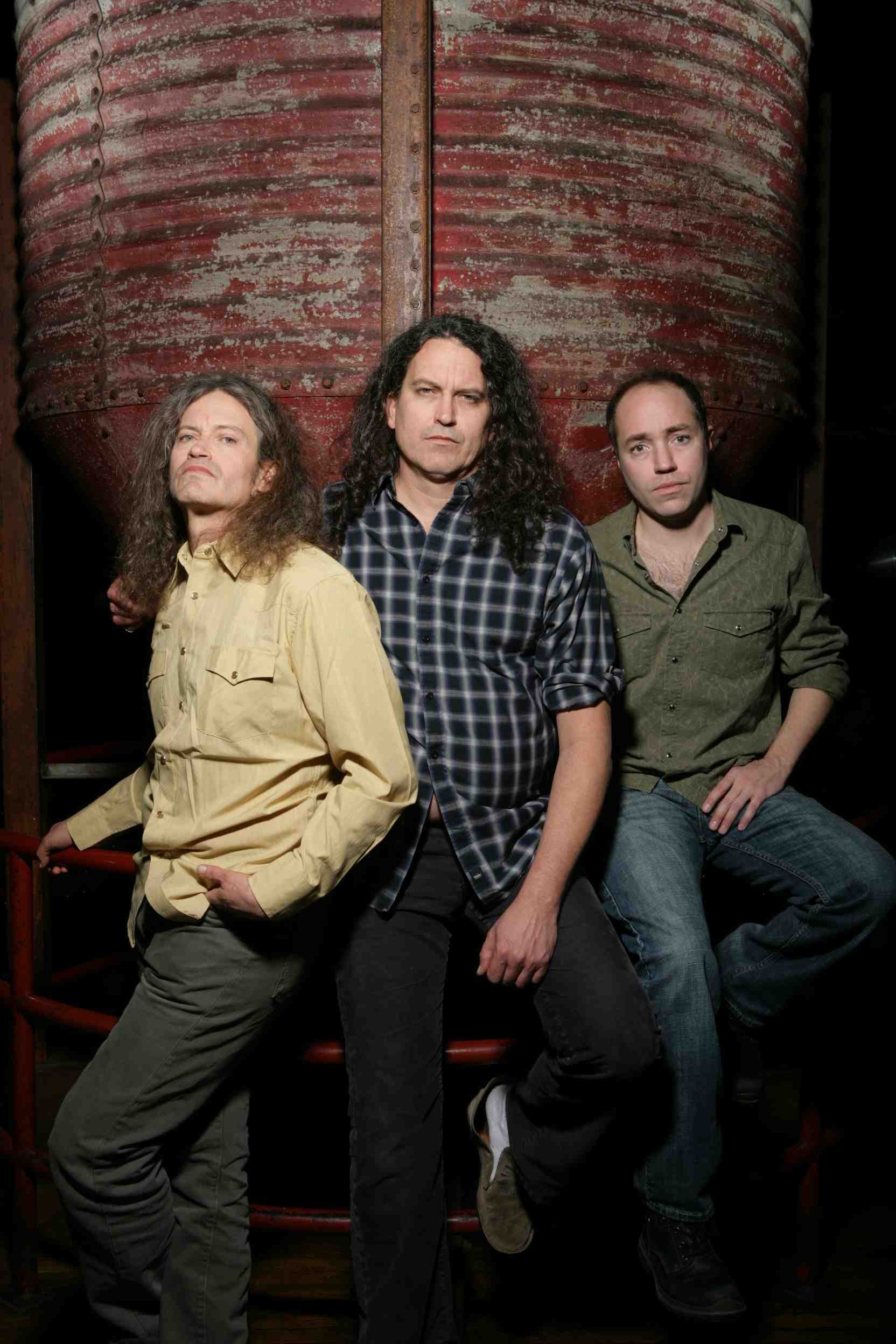 The Meat Puppets are returning. My good friend Vinnie has a souvenir from a previous visit, a chipped tooth, broken on someone's skull in the mosh pit back in the day while engaged in something he calls "human bowling".

When I mentioned the incident to Meat Puppets founder Curt Kirkwood somewhere out on the road, he remembered the show, but claimed the mosh pit was not during their set. "He's probably confusing us with Mr. Bungle," he said via cellphone, referring to the then-local band that opened for the Puppets. "We like people to sit cross-legged, you know, have a little food and wine."

Is there still an expectation that they should still be the wild SST punks they used to be when they were younger? "Not really. We got that in the early days when people thought we'd be more hardcore because we'd play with Black Flag or Fear or whatnot. And we had a hardcore element, but we never tried to hold that up. We've always been a mixture of things, even back then. By the time we made our second album we weren't a hardcore punk rock band."

Instead, "We mixed every genre we were into -- we grew up on Phoenix AM radio, bands like The Grassroots and The Carpenters, but also "King Biscuit Flower Hour" with AOR rock: Zeppelin, Eagles, Springsteen; he kind of broke in Phoenix as one of the first places outside of Jersey. And we were into dub reggae and any kind of crazy stuff we'd find in the record stores."

The band proved influential to many, most notably Nirvana. Kirkwood figures it was their aesthetic more than the sound. "It was more that it influenced people to create their own genre, to take this and that and mix them together."

The Oyster Fest organizers point out that the HumBrews show is not the "official afterparty." That would be the Woven Roots reggae show at Jambalaya. The EastHum dreadies play O-Fest earlier in the day (11 a.m.) followed by Full Moon Fever's Petty covers at 1, then Marin funksters Vinyl at 3:30. Note that F.M. Fever also plays Saturday night at the Wave; Vinyl does an "official" O-Fest pre-party Friday night at the Jam along with Bump Foundation. That's after Friday's first ever Oyster Festival Ball featuring raw oyster judging (by yours truly among others) and music by beachy SoCal rockers Headshine, who play later Friday at the Wave. Confusing? It is. Check our club grid and it may make more sense.

Just as the usual Tuesday deadline stress was starting to kick in, a UPS truck pulled up and a driver in brown emerged with a over-nighted package. The bubble-wrapped contents? An elaborate wooden box holding two cans of soda and two bottles of tea: Marley's Mellow Mood, "all natural" caffeine-free dietary supplement "relaxation" drinks to "reduce stress and relieve tension," box and contents all emblazoned with a photo of a smiling Bob Marley. A note explained that the MMM folks are sponsors of Stephen Marley's "Revelation Part 1: The Root of Life Tour," with Ghetto Youth Crew, which, not coincidentally, hits the Arcata Theatre Lounge on Thursday.

"Marley's Mellow Mood helps carry forward Bob Marley's legacy and belief that calm breeds peace, respect and love," said Paul Fuegner of ViVa Beverages, in the note. "Stephen Marley continues to establish his own musical legacy that is true to the Marley family's values and we're thrilled to be a sponsor of his tour," he continued.

"I want to make a statement, and to continue this legacy, this musical legacy, with my family," says S. Marley himself. "Just like my brothers and I aspire to be a reckoning force, when you hear my name, you know quality comes with that: good music, good message, good vibe."

The berry MMM is a little sweet but not bad, maybe I do feel a bit calmer. And there's a calm insistence in Stephen's new music. "We are soldiers in Jah Army," he sings in "Jah Army Main Pass" over a rootsy riddim before shifting into an auto-tuned dancehall chant about a Rasta invasion of Babylon. The rhymes roll by fast: "We conquer them subliminal," he suggests along with something about "check the Rasta medical," which I suspect is probably not a reference to the new relaxation drinks.

At the Red Fox Saturday night, The Henhouse Prowlers from Chicago offer an evening of what they describe as "traditional bluegrass." They say they're "dedicated equally to tradition and innovation" with a sound centered on "the early, formative years of bluegrass, while they keep their pulse on today by covering contemporary topics in a largely original repertoire."

Saturday up at Cher-Ae Heights Bad Kitty Presents: Turbo ACs, a NYC band with a sound they describe as "Motorhead meets Dick Dale," touring in support of their new disc Kill Everyone. Opening the show, Drifter Killer, who don't go quite that far.

The week in tributes: Thursday Jambalaya hosts Naïve Melodies specializing in Talking Heads covers (with The Speakeasy Saints, not a cover band). Friday it's Mirage (F-Mac) at Bear River. Saturday choose between an (unofficial) O-fest afterparty with Zepparella, the all-girl Led Zep tribute (with new personnel) and Creamed, St. John's other tribute (to Cream) at  Lil' Red Lion.

A different sort of tribute Sunday at Six River as Jimi Jeff and friends host a jam session celebrating the life of Warlock, the Gypsy Band bass player who died recently.

After a bit of music hiatus, Humboldt Brews is jumping back in with Saturday's Meat Pups show followed by Vince Herman's Great American Taxi jamming on Monday, Savage Henry presenting the Riding Monkey Comedy Tour Tuesday with James Uloth and Bronston Jones. Then it's indie hip hop on Wednesday from Inspired Flight and Area Sound. More next week including Nathan Moore on Thursday.

When I asked sax/flute player Jill Petricca if she had a name for the combo she assembled for the Sunday afternoon Father's Day Concert and Jam at the Graves Museum, she sent me a note with names: trombonist (etc.) Gregg Moore, pianist Easton Stuard (back in town), stand-up bassist (and my neighbor) Shao Way Wu and drummer Tommy FitzMaurice (from Bump Foundation etc.) along with the ad hoc title, Jill's June Band. "Is that a lame name for a band, or what?" she wondered. "Truth be told, I'm already scheming to get the same band together next June and I haven't even told 'em. So, why not?" Why not indeed. Sounds like a fine way to spend Dad's Day.