A No-Nonsense Start to November

You won't be staying home any time soon, Humboldt 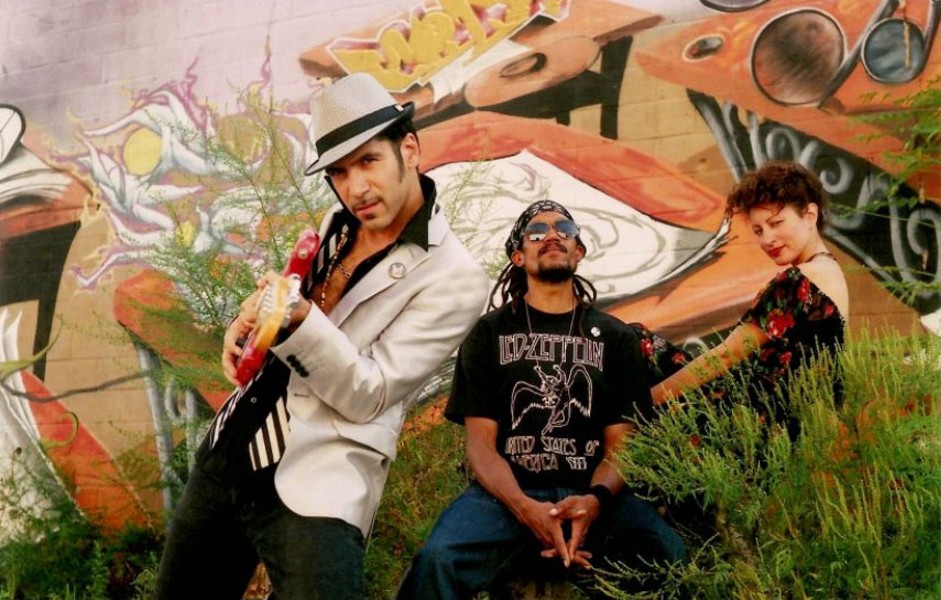 Hey, who's hung over from honoring the dead with far too many tequila shots? Me! Here's your Hum.

Funk brilliance lights up Humboldt Brews when Brooklyn's the Pimps of Joytime take the stage in a joyful combination of Afro-beat, salsa, electronica and sheer groovaliciousness. San Francisco's always well-received Diego's Umbrella opens. The show starts around 9:30 p.m., costs $15 and is 21-and-over.

Also in A-town, the Jambalaya hosts the first show of Hip Hop Medicine Nation's Lyrical Shaman Tour, featuring Brother J of X Clan and MC Supernatural with Collective Elements (you may know Collective Elements for "Superpurplefunkalistic," a song about driving a sweet fuschia convertible Cutlass and also about weed and stuff) and the "native hip-hop" of DM Tea Hawk. Judging from the poster and website, this tour is putting the hippie in hip-hop. (Also weed and stuff.) Tickets are $15 and the beats are scheduled to start around 9 p.m. for those 21-and-over.

It's a must-see show for bluegrass fans when the Grascals perform at the Arcata Theatre Lounge. For those unfamiliar, the Grascals are among the most beloved and acclaimed bands on today's bluegrass scene — they've won a slew of awards and been nominated for a number of Grammys, plus they've appeared on The Late, Late Show with Craig Ferguson, CBS's Early Show, Fox & Friends and The Tonight Show, and toured with both Dolly Parton and Hank Williams, Jr. Doors open at 8 p.m., cover is $18 at the door or $15 advance, and this show is 21-and-over.

As a former and sometimes current journalist, I appreciate efforts to keep ancient art forms alive, thus a shout-out to chamber music aficionados SquarPeg, appearing in concert at the Fortuna Monday Club on Saturday at 7:30 p.m. SquarPeg is dedicated to exploring chamber music for the 21st century. From the press release: "Considering the abundance of information from other musical cultures at our fingertips, it is not hard to imagine the idea of small acoustic ensembles assimilating some of those influences into a chamber music lexicon." Now, being unfamiliar with chamber music (evidence of my disadvantaged childhood), I actually can't imagine this, so here's some more from the release: "The group draws on the rhythms and melodic and harmonic structures of such diverse traditions as French musette, western popular song, Arabic maqam and American jazz, and presents the old wine of traditional themes in the new bottles of a decidedly nontraditional instrumentation." There ya go! Tickets are $10 general, $8 students and seniors.

A different type of unconventional occurs at the ATL with the celebration of local producer and promoter ONHELL's first album, Use. ONHELL — Angel Rubio-Hale — has been a fixture on the Northern California party scene and comes equipped with vintage synthesizers, cutting edge production tools and, most notably, a drive for experimentation. Also being celebrated is the release of Eprom's new LP Halflife — yes, that's right, an LP — and its minimalist offering of low-slung rhythmic transformation, deep bass and dark melodies. Rounding out the night is San Francisco's Grenier. Doors open at 9:30 p.m. with happy hour food and beverage prices until 10:30 p.m. Tickets are $20 advance and $15 limited advance. This show is 21-and-over.

And now for your weekly rock fix! The talented Nipplepotamus sets the Alibi alight with a most entrancing version of psychedelic surf jams. SF's The Connies add old school punk to the night's scene. All for only $5! Typical late start — around 11 p.m. — and the show is 21-and-over.

Americana laced with pedal steel and banjo is on the menu Sunday night with the Black Lillies at Humboldt Brews. Lovely and thoughtful, both invoking melancholy and keeping it at bay, like the last leg of a long, lonely road trip. Tickets are $10, show's 21-and-over, music starts around 9 p.m.

Making for a tough choice, over at the Arcata Playhouse, Brooklyn's Sweetback Sisters recall the best of country music from the Everlys to the Judds, with a spirited twist of Wanda Jackson. On tap, the traditional subjects of heartbreak, revenge, remorse and staying strong in the face of relationships gone wrong.

Reverend Peyton's Big Damn Band is a big, twangy ride of a good time. With washboard! There's nothing not to like about this band. Make your Monday worthwhile by ensconcing yourself at Hum Brews for this show. Tickets are $15, music starts at 9 p.m.

While we here at the Journal strive to provide the most accurate information, every so often unforeseen circumstances mean a show will be canceled or changed. It's never a bad idea to double-check on websites, Facebook or with a phone call. Full show listings in the Journal's Music and More grid, the Eight Days a Week calendar and online. Bands and promoters, send your gig info, preferably with a high-res photo or two, to music@northcoastjournal.com.