A Pair of Paradoxes 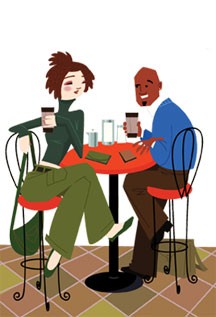 Paradox: a seemingly contradictory statement that may nevertheless be true.

The story goes that in 1943, the Swedish Broadcasting Company announced that a civil defense test would be held one day of the following week, starting Sunday and ending Saturday. In order to test the efficiency of the Civil Defense units, the actual day of the test would be kept secret until it actually happened -- i.e. it would be unexpected. Suppose you were in charge of one of the units, and you were trying to figure out in advance which day the test would take place. You might reason thus:

"If by Friday evening, I haven't been advised of the test, it must take place the next day, Saturday (the last possible day). But hang on -- it's supposed to be a secret! So Saturday's eliminated, meaning it must be scheduled for between Sunday and Friday. Now, if Thursday evening arrives with no test being announced, it must happen on Friday or Saturday, and since I've eliminated Saturday, it's going to happen on Friday. But then it wouldn't be a secret -- so it can't happen on Friday!"

You can probably see where this is going: Each of the remaining days, from Thursday back to Sunday, can be eliminated by the same logic. So you conclude, with unimpeachable logic, that the test can't possibly take place, and you relax -- until at dawn on Wednesday, when the test is announced. It is, as promised, unexpected. The announcement is now seen to be perfectly logical, even though you previously proved that it couldn't be. How come?

Bart reasons exactly the same way, concluding that the odds are in his favor. How can the odds favor both of them?

A good paradox is like a good joke. If someone has to explain it, it takes the bite out of it, and sometimes the best jokes are the ones we don't "get" right away. If you're like me, you'll be doing something completely different, and suddenly start chuckling. (This usually happens to me while listening to a serious talk in a crowded lecture theater.) So forgive me if I stop this column right here.

Barry Evans (barryevans9@yahoo.com) sometimes thinks it's all a paradox. Especially in Old Town Eureka, where he lives.