A Pig, an Eagle and a Paranoid Thriller

Ride the Eagle and Pig shine, while Beckett falls short 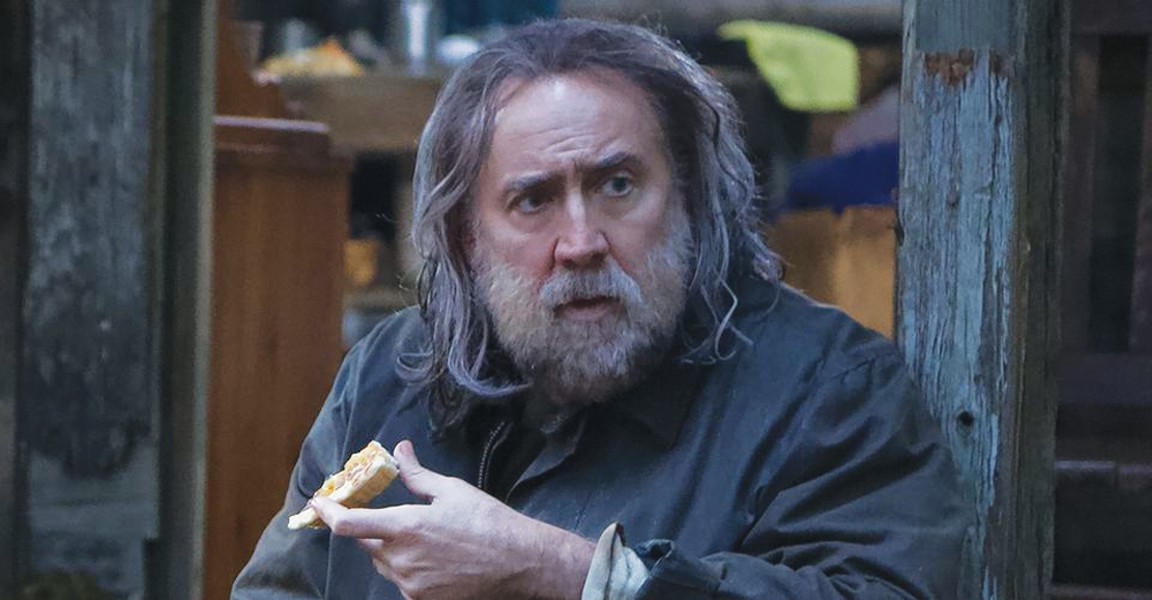 RIDE THE EAGLE. I did not, do not, probably will not watch the series New Girl. Nothing against it, it just isn't likely to happen. As such, I know series co-star Jake Johnson primarily from his run of slightly off-kilter, almost on the mainstream radar independent movies, especially the great work he's done with writer-director Joe Swanberg — Win It All (2017) and Drinking Buddies (2013) are particular stand-outs. I don't mean to sell the guy short: he also appeared in The Mummy (2017) with Tom Cruise (pretty bad in spite of some good stunt work) and Jurassic World (2015), which was pretty good, in spite of itself. He's also had his own R-rated animated series, voice-acted in too many shows and movies to count; he's done the work.

It would seem, though, that he has a genre in which he perhaps feels most comfortable: largely improvised, smaller-budget movies that, in defying convention, have created some tropes of their own. And Ride the Eagle, although the odds would seem to be against it, is another of those. It's not revelatory or genre-shattering, but at once quirky and familiar enough to be comforting.

Leif (Johnson) is a percussionist (read: bongo player) in a band. He appears to live in backyard of the the band's manager. His best — only? — friend is his black labrador, Nora. He is estranged from his free-spirit mother, Honey (Susan Sarandon), who we will learn abandoned Leif when he was 12 to join some sort of spiritual community and has recently died. She has willed her cabin in Yosemite to her son, contingent upon his completing a to-do list of silly but life-affirming personal work. In the process, he begins to reconnect with a lost love (D'arcy Carden) and runs afoul of a mysterious, menacing neighbor (J.K. Simmons).

And that's about it ... small, mostly linear, uncomplicated; it's a warm-hearted character study and an opportunity for actors of stature to do exploratory, insightful work in a low-stakes setting. And, perhaps contrary to some of my inclinations, I quite like it. Not Rated. 88M. AMAZON.

BECKETT. Something of a minimalist approach is at play here, too, albeit one of an entirely different sort, to explore another, seemingly forgotten genre. A paranoid thriller very much in the European-influenced '60s and '70s vein, it is inarguably well-executed; it stills feels a little like a movie out of time.

Beckett (John David Washington) vacations in Greece with his girlfriend April (Alicia Vikander). They've cut short their stay in Athens, having been informed of some looming political unrest. And so, late at night in the remote northern part of the country, they become victims of a tragic road accident. Inexplicably, this seems to put a target on Beckett's back, with him perhaps becoming unwittingly drawn into the struggle for control of the Greek government. He finds himself pursued by murderous police, aided by leftist activists (Vicky Krieps and Maria Votti) and, eventually, in the dubious care of the U.S. Embassy, embodied here by the greasily charming Tynan (Boyd Holbrooks).

There's a lot to like here: the visual style harkens back with simplicity and sophistication to a truly distinct moment in Western cinema. The narrative (written by director Ferdinanco Cito Filomarino and Kevin Rice), elliptical where it needs to be and frequently wordless, amplifies the uncertainty and discomfort of the scenario, forcing Beckett into increasingly dangerous, almost unnavigable situations.

As much as I wish they did, though, movies don't exist in a vacuum, particularly movies about political unrest with echoes in them of the very recent past. So there is an element of inauthenticity to this, a manufactured version of real events that neither hews to nor departs from them enough to truly distinguish itself. And as much as I like to see Washington on screen, and admire his continuing quest to work with auteurs on distinctive projects, I'm not sure this is the right part for him. TV-MA. 48M. NETFLIX.

PIG. Now, the thing about Nicolas Cage: he just might be one of the greatest American actors still working. Before the fusillade, hear me out. I know he appears in approximately nine very bad movies to every good one, and that he can tend toward bug-eyed mania in many of both schools; to be fair, many of us find such mania consummately charming. But then, usually when we're least expecting it, he'll get ahold of a script, or be reached out to by a director, that re-lights the fire of the fine dramatic artist he is. And then we get something like Pig (written by Vanessa Block and Michael Sarnoski, directed by Sarnoski).

Rob (Cage), a truffle forager living deeply off-grid in the Oregon woods, is attacked in the night and his pig kidnapped. We learn, gradually, that tragic loss has driven Rob away from the Portland fine-dining establishment in which he was something of a godhead. The pig being his only companion, he is motivated, in his taciturn way, to find her and get her back.

What follows, both a journey through the underbelly of food culture and a deflation thereof, really serves as an opportunity for Cage to show us how powerful he can be in stillness. This is a performance literally unlike any other he has given, devoid of grandstanding or face-pulling or any of the things we've come to expect as Cage clichés. Instead, he controls every frame in which he appears (which is most of them) with palpable grief and it is exquisite, devastating and, somehow, life-giving.  R. 92M. AMAZON.

DON'T BREATHE 2. Listen, I've been trying not to breathe out there for a year and a half. But sure, let's see if the ripped old guy who hears everything and kills everybody can still scare me. R. 98M BROADWAY, MILL CREEK.

THE GREEN KNIGHT. Dev Patel sends you back to the Norton Anthology as Sir Gawain, who goes shot-for-shot with a mysterious, supernatural knight. R. 130M. BROADWAY, MILL CREEK, MINOR.

STILLWATER. An Oklahoma roughneck (Matt Damon) tries to save his daughter (Abigail Breslin) from a French prison. R. 140M. MINOR.