A Question of Values 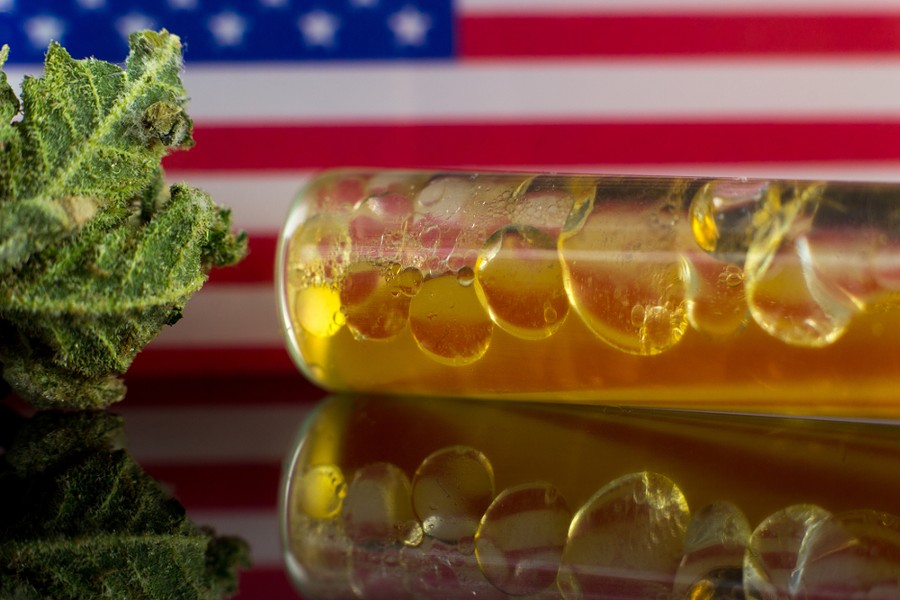 Retired U.S. Army Maj. Tye Reedy did two combat tours in Iraq, then another in Afghanistan, as an officer in infantry units within the 101st Airborne Division. He brought home four bronze stars, including three with valor. As a private contractor, he then worked for disaster relief and recovery efforts after hurricanes Irma and Harvey.

More recently, he was stripped of his military pension because he now works for a cannabis company — work he pursued believing cannabis could be an important tool to help combat veterans live and cope with post-traumatic stress disorder and chronic pain, knowing veterans returning from Iraq and Afghanistan are six times more likely to commit suicide than the average person.

The Judge Advocate General's office at the United State's Military Academy at West Point determined that Reedy's position as the director of operations services at Acreage Holdings — a multi-billion-dollar Canadian company working in both recreational and medical cannabis — was unbecoming of an officer.

"(It) brings discredit upon the U.S. Military Academy and the Army," the office wrote in a letter to Reedy, explaining why it was stripping him of his status as an academy liaison officer, which also cut his pension, according to a report in Barron's. "A military officer working in the cannabis industry runs contrary to Army values."

Reedy, a father of two, told Barron's the letter was a "gut punch."

The letter also ironically arrives as Congress is taking up a trio of bills that would require Veterans Administration doctors to issue medical cannabis recommendations in states where it is legal, conduct clinical trials on the potential benefits of cannabis in treating post-traumatic stress disorder and chronic pain, and codify an existing policy protecting veterans from losing their benefits for using cannabis legally under state law. That's a clear indication that it may just be that "Army values" are out of step with the views of most Americans, more than 60 percent of whom support cannabis legalization, according to polls.

While there is a dearth of good scientific data on the subject — in part because the Veterans Administration has focused most of its cannabis research on use disorders rather than the drug's potential efficacy in treatment — what's out there seems to support Reedy's belief that cannabis may prove helpful to some veterans. Consider that, according to VA reports, almost a quarter of military veterans were taking prescription narcotics for pain management and the number of opioid prescriptions written by military physicians more than quadrupled between 2001 and 2009. Another VA survey found that 64 percent of veterans returning from tours in Iraq and Afghanistan were prescribed at least one opioid in the year following their return. Perhaps unsurprisingly, opioid addiction rates among veterans rose 55 percent between 2010 and 2015, according to the VA, and some studies indicate veterans are twice as likely to suffer from opioid-use disorders than their civilian counterparts.

A recent study of hospital admissions data, meanwhile, found that opiate-related deaths decreased 33 percent in states with legalized medical marijuana. The Minnesota Department of Public Health also found of enrolled patients who were taking opiate painkillers prior to cannabis, 63 percent reduced or eliminated their opioid usage within six months of enrolling in the cannabis program.

This is all to say there's a fair amount of reason to believe that U.S. military veterans are in need of help and that cannabis may prove a safer way of delivering that help than opioids.

And if all that wasn't enough, there's another example of the glaring hypocrisy of federal prohibition in Reedy's story. Former House Speaker John Boehner sits on Acreage Holding's board, which, while the numbers haven't been made public, is likely a lucrative position, as most multi-billion-dollar companies pay their board members annual compensation packages that total well into the six figures. Boehner's also a military veteran, having joined the Navy in 1968 when the Vietnam War was at its peak. But Boehner was honorably discharged after just eight weeks due to a bad back and thus never received a military pension.

Boehner's congressional pension, however, estimated by The Atlantic to be approximately $86,000 a year, remains fully intact.