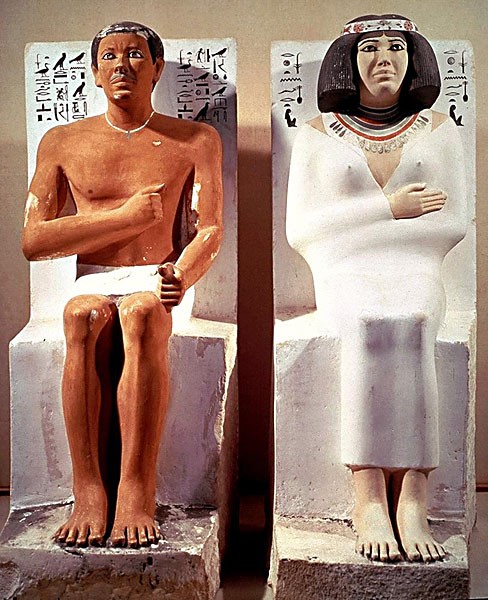 Growing up in England in the ’50s, I thought of myself and my friends as having "regular" skin color, while dark-skinned people were the exception. To put it bluntly, we were white and they were black. Now that I'm lucky enough to have dark-skinned friends, and to have spent time in places like India and Mexico, I'm able to see the world of skin color a little more objectively, and recognize that I'm not so much white as depigmented. Ten thousand years ago, we were all black.

The reason many of us are lighter-colored now is that we hairless humans are extraordinarily sensitive to ultraviolet rays, especially as embryos in the womb. UV radiation affects the production of vitamin C and folate. It's a Goldilocks situation: Too little results in insufficient vitamin D production, causing neonatal bone defects such as rickets; too much leads to a dearth of folate, inducing miscarriages and congenital abnormalities such as spina bifida.

In order to optimize our intake of ultraviolet radiation, our bodies manufacture more or less of the dark brown UV-filtering pigment, melanin. Prehistoric groups that migrated away from the equator manufactured less melanin, acquiring lighter skin in the process, and vice versa. Melanin also affects hair and eye color, so high-latitude groups are prone to blonde hair and blue eyes. (Actually, children everywhere can be blonde and blue-eyed, but in low latitudes their hair and eyes usually darken before puberty.)

Which brings us to the enigma of northern Europeans: Why are they whiter than just about everyone else -- whiter even than Lapp and Inuit people, who live at higher latitudes? What follows is a summary of a recent theory by historian Frank Sweet.

Sometime after 10,000 years ago, most of our ancestors switched from nomadic hunting and gathering to raising crops: wheat, barley and rye in Mesopotamia, rice in China, sorghum in Nigeria and corn in Mexico. Unlike animal protein, grains have no vitamin D content, so grain-eaters get most of their vitamin D from sunlight. Since grains need warmth to grow, they are mostly found in low, sunny latitudes. The one exception is northern Europe, where grains thrive despite the high latitude and dim sunlight, because the warm waters of the Gulf Stream keep the lands around the Baltic Sea more temperate than they would be otherwise.

When the inhabitants of this region switched to grain about 6,000 years ago, their bodies adapted to the loss of animal-based vitamin D by producing even less melanin than previously, resulting in the synthesis of more vitamin D, with lighter skin, blonder hair and bluer eyes as inevitable by-products. Meanwhile, sunlight-deprived Lapps and Inuits, who subsisted mainly on vitamin D-rich fish and meat, kept their darker skin.

All this without the benefit of SPF 30 sunscreen.