A Tale of Young Grief 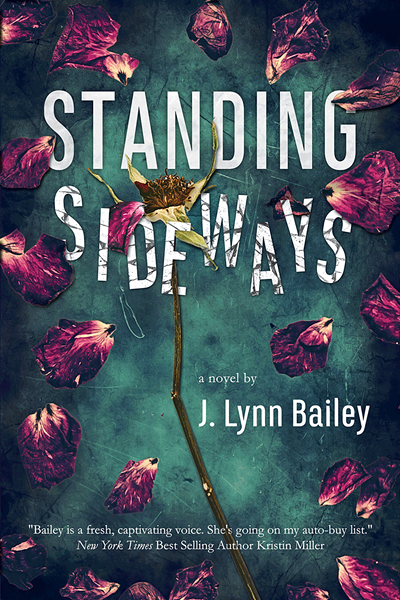 Fortuna author J. Lynn Bailey's emotional second YA novel begins with the death of Jasper Stone. His twin sister Livia is plunged into a grief so profound that she finds herself clutching at anything that will dull her pain, even for a moment. Having lived a rather sheltered life, 17-year-old Liv can't find the inner resources she needs to cope with the situation in which she finds herself. She has always been the easy child, the good student and the undemanding friend. Suddenly, her world is ripped apart and none of it means anything to her anymore.

As Liv finds herself falling into increasingly reckless situations, most of her waking time is spent trying to hide her compulsions from those around her. Keeping secrets in a small town is difficult at best and it's complicated by the frequent text messages from a mysterious blogger who seems to have everyone's number.

On the plus side, Liv does have a support system of sorts: the voice of her dead grandmother (real or imagined), Cao, her best friend since childhood and her parents — if only she can bring herself to forgive them for past failures.

And then there's Daniel, the new high school student from England. He's tall and rangy with a diffident manner, a great sense of humor and a killer accent. There are definitely teen hormones at play here but there's also a deeper connection. Daniel brings something that Livia desperately needs. Since he never knew Jasper, he sees Liv as a whole person in her own right, instead of the remaining half of a shattered twin unit.

Liv is a sympathetic character and though it's difficult to watch her making reckless decisions, the first-person narrative allows the reader to sense the desperation of her despair. This is a compelling story and will resonate with anyone who has suffered the loss of a loved one. Standing Sideways can also be read as a cautionary tale about the dangers of stifling feelings and refusing to admit to the consequences of one's actions.

In her acknowledgements and a note to the reader, Bailey says this book was part of her own journey of grief after the loss of her cousin Jason Johnson in a mass shooting at Umpqua Community College in 2015. All the profits of this book are going to a College of the Redwoods scholarship established in Johnson's name.