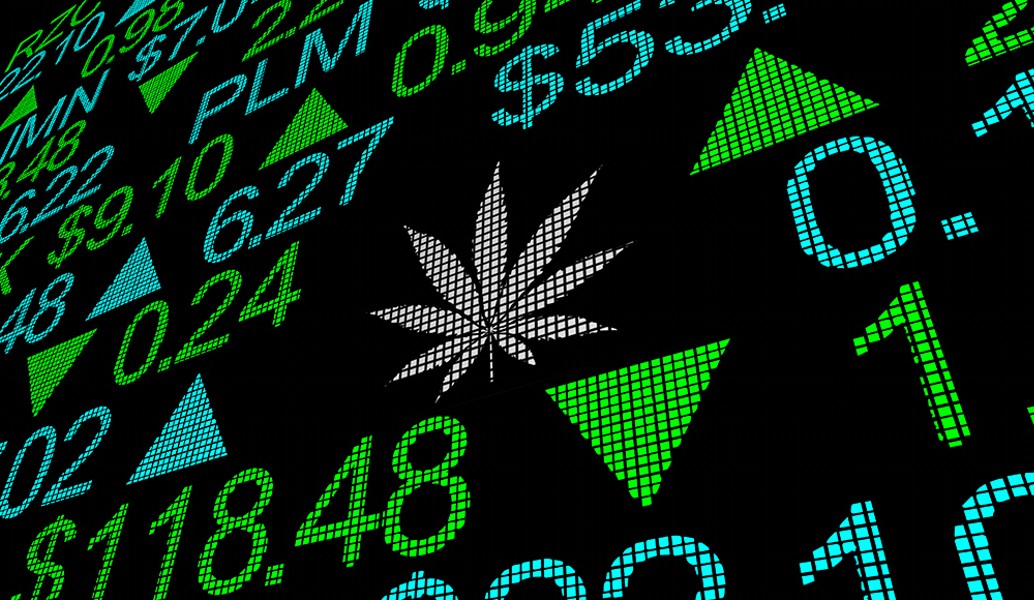 Want to invest in a cannabis farm? Well, all you have to do is buy some stock.

Santa Cruz-based Goldenseed has become the first cannabis farm in the nation to be cleared for a public stock offering by the U.S. Securities and Exchange Commission, with shares hitting the market at $100 apiece. While the stock market previously allowed investment in Canadian companies and U.S. retailers, cannabis farm stock is a first.

Goldenseed, which bills itself as a natural, sungrown farm, reported to the SEC that it has $3.2 million in total assets but is primarily planning to use the influx of revenue from the stock offering to expand its footprint, which currently sits at about 440,000 square feet of greenhouse space.

With federal prohibition standing between cannabis companies and traditional banking services, including small business loans, stock offerings — if successful — could prove a valuable tool for businesses facing steep upfront compliance costs or looking to expand in the regulated marketplace.

Kendall Almerico, Goldenseed's attorney, told the Sacramento Bee the SEC's process was exhaustive and seemed more than a bit astonished at his own work.

"It's a very groundbreaking thing," he told the paper. "This is real stock in the company. You actually own equity in the company. ... This isn't a bunch of hippies growing pot in their backyard."

Speaking of game changers, a Southern California storefront may be pioneering a way to sidestep the local cannabis dispensary moratoriums that have been imposed by an estimated 75 percent of the state's cities, according to the California Cannabis Industry Association.

These local moratoriums — one of which is in place in Fortuna — have been a point of immense frustration for the industry, as they prohibit legal dispensary sales in much of the state, bolstering the illicit market, which, by its nature, pays moratoriums no mind. But maybe that's all about to change.

The Joint, a storefront in cannabis-averse Anaheim, recently opened up with a unique model. Inside, customers won't find any cannabis products. Instead, they'll find digital kiosks that they can use to order joints, flower, edibles or whatever they like from a fleet of nearby delivery drivers, who roll up in short order to hand them their product.

The business model seeks to exploit a provision in state regulations that allows cannabis delivery services to operate anywhere in the state, regardless of local prohibitions. It also seems likely to be challenged in court.

"It could go either way," Hilary Bricken, a Los Angeles cannabis attorney, told the OC Register. "It could be brilliant, or it could be a suicide mission."

Faison deemed the menu a "tour de force of cannabis cooking," noting that it included such things as a carpaccio of charred, cannabis-infused octopus with cannabis flower "shaved" on top; beef shank with a "weed permeated" broth and a side of spaetzle and a cannabis-infused lamb Bordelaise. The trouble is Faison — though she raved about the dinner — apparently had a hard time keeping up: "Somewhere between the second and third courses, my eyeballs started feeling really weird and my notes from the rest of the dinner were limited to: 'Feeling great. Mirage burps. Womp womp.'"

Even if crumbling up — err, shaving — some weed to garnish your octopus sounds like a terrible idea, the piece makes for an interesting read, in part because it's clearly attempting to be a crossover piece that makes cannabis accessible to the novices among us with foodie inclinations.

Tucked at the very bottom, there's also a local update. Remember all that noise some time back about the Coppola winery teaming up with the local farm Humboldt Brothers? Well, that partnership has apparently blossomed, as Faison informs us it has now launched "The Grower's Series, a bottle-shaped tin containing matches, a pipe, rolling papers, three 1-gram samples of cannabis flower and information about each strain's terroir."

Wait, are matches the new vinyl?