A Word about the 'Threat' of White Supremacy 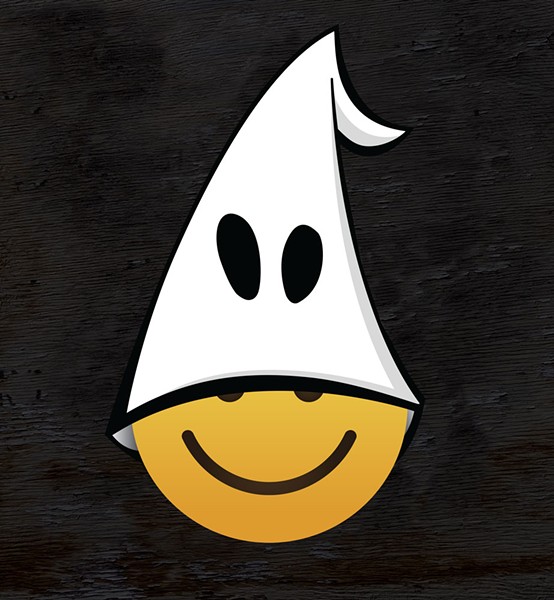 In the wake of the mass shooting in El Paso, Texas, by a white supremacist gunman who left a violent, racist manifesto before he murdered 22 people, Fox News host Tucker Carlson went on air and declared the threat of white supremacists "a conspiracy theory used to divide the country and keep a hold on power."

"Tucker is RIGHT! White Supremacy is a ZioMedia Conspiracy Theory! The term is itself a lie. Millions of White activists are NOT "supremacists" We seek NOT to oppress or destroy any race! Human Rights for all - EVEN FOR WHITE PEOPLE! Stop antiWhite racism!"

Hello! It's your old friend David Duke here. If you've accidentally flipped away from Fox News, you may have heard disturbing things about "white supremacy." I don't want to frighten you but it all strikes at the heart of centuries of systematic oppression and attempted genocide. That's right: anti-white racism.

As Tucker Carlson so astutely pointed out on his program, this whole thing is a hoax invented by the ZioMedia, aka — wait, what's the PC term? — those of the Jewish persuasion who secretly control everything from an underwater volcano-pyramid hideout for their own nefarious purposes. They're trying to smear upstanding white activists like those at Charlottesville two years ago and even our president, who has publicly condemned white supremacy and who is finally publicly giving us the pep talks we used to have to scour the dark web and crowd in weird-smelling semi-finished basements to hear. And listen, back then the speaker was some guy with off-brand Brill Cream stuck to his ears — now we can turn to Fox and have pretty ladies in tight sheath dresses explain why we need to protect Confederate statues. What a time to be alive.

At long last folks like Donald Trump and Tucker Carlson are finally referring to the immigrant invasion we've been writing about in the KKK's journal The Crusader for decades — caravans of criminals who don't want to work and yet somehow steal our jobs. Unlike the charming Irish, who are just overstaying visas. Wait, who are these Black Irish? Let's put a pin in that.

Not that we're anti-immigrant. Like our president, we're for Nordic immigration. Is it because Nordic people would bring Aryan master-race stock to our national gene pool rather than further sullying it through miscegenation with what Hitler considered sub-human Asians, Latinos, black people and other non-herrenvolk? Huh. I hadn't thought about it. I'm just excited about the potential for craft aquavit and crisp bread startups.

You might ask, "But isn't the Klan white supremacist?" Sure, in the past a few bad apples may have obeyed our doctrines and the direct orders of our leadership by systematically intimidating and murdering people. Were they all white men harassing and killing black people? Who knows with those hoods? They could very well have been Antifa under there. As for the victims, I don't really focus on skin color and shame on you for trying to make everything about race. And while you can skip that BlacKKKlansman movie, just know it's proof we're nothing if not inclusive.

Our goal is celebrating and preserving white culture, just like the mongrel races do. That the heroes we're into tend to be Confederate soldiers waving a treasonous flag in a war against the United States is all about style. If Thomas Edison had a saber and a sweet hat, maybe we'd build him a statue. But if we don't protect our legacy, one can only assume we'll be stranded in a world of unfamiliar seasonings, our European culture erased or taken over. Hey, when I found out that Yo-Yo Ma fella playing all that classical music wasn't a Muppet, I lost it. Frankly, those puppets are confusing to start with, color-wise.

Nobody is out to destroy any other race. OK, maybe a few people. Tucker, who has a desk so you know he's both scientific and informed, estimates our country's card-carrying white supremacists could "fit inside a college football stadium." That's ... not a lot, right? And most of these so-called domestic terror attacks are by lone wolves anyway. So it's just a stadium filled with lone wolves. And what are the chances they have access to weapons? I mean, calm down.

The FBI and Homeland Security are making a big fuss over nothing, naming white supremacist domestic terrorism a growing threat to national security. This conspiracy theory has led to hysteria, with people calling the El Paso shooting the deadliest attack on Latinos in recent U.S. history. Is skin color all they see? Must they politicize this tragedy? Trust me when I say white supremacy isn't a threat, just as you'd trust your roommate shouting from atop a pinball machine that he's not drunk. Who are you going to listen to, a bunch of suits from the federal government or a guy who headed an organization with cool job titles like Grand Wizard, Cyclops and Hydra?

As our president said in dismissing the threat of white supremacist violence, "I think it's a small group of people that have very, very serious problems, I guess." True! Problems like mental illness and video games. Unlike with foreign terrorists, who are the robotic pawns of violent ideology, we need to look at the El Paso shooter's life story to unlock his secrets. This young man killed dozens of people, leaving behind a virulently racist manifesto declaring his attack as a response to an "invasion" of Latinos. It breaks my heart that we may never know why he did it.

There are those, too, like the wingnuts at the Southern Poverty Law Center, who rave about the overlapping ideologies of white supremacy and misogyny. I personally don't have any problem with any woman so long as she's not a race traitor whore or feminist witch who refuses to be a vessel for an Aryan man-child. So whatever.

All this talk sows division. And it's unnecessary since racism is already solved — first there was that black Ghostbuster, then we had a Kenyan president. Dunzo. There's no need worry about the messages coming into your home and to your sons via YouTube and Fox News, or even a Trump rally, where the suggestion to shoot migrants gets a grin and an "only in the Panhandle" from the Commander in Chief. And you don't have to worry about it if you notice someone espousing more and more extreme white nationalist rhetoric. It's fine.

I realize talking about all this can be uncomfortable. After all, when we talk about race, there's always the possibility someone could call you racist, which, unlike actual racism, is a real threat and can hurt. No, we need to stay positive and return to the happy days of the American '50s. Or European '30s, whichever. Really, it's best we not talk about it at all.