If you're looking for any of the above, prepare to be disappointed 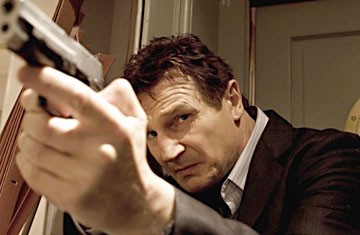 Good things sometimes come to those who wait. Opening Friday, Feb. 6, is Rachel Getting Married, featuring an outstanding performance by Anne Hathaway (I saw the film in Portland) as a woman furloughed from rehab to attend her sister Rachel's wedding, to almost disastrous results. Also excellent is Rosemarie DeWitt as Rachel but this is Hathaway's film. Highly recommended. Rated R for language and brief sexuality. 113m. At the Minor.

Based on the novella by Neil Gaiman, Coraline is a stop-motion animated fantasy about a young girl (Dakota Fanning) who goes through a door in her home and enters a parallel universe. Rated PG for thematic elements, scary images, some language and suggestive humor. 100m. At Fortuna and Mill Creek.

Based on the book by Greg Behrendt and Liz Tuccillo, He's Just Not That Into You is a pop psychology examination of relationships in Baltimore among the 20s and 30s set, with Jennifer Aniston, Jennifer Connelly and Ben Affleck. Rated PG-13 for sexual content and brief strong language. 129m. At Fortuna and Mill Creek.

Push is a sci-fi thriller about "psychic warriors" known as The Division and a telekinetic whose father was killed by them, with another appearance by Dakota Fanning. Rated PG-13 for intense sequences of violence and action, brief strong language, smoking and a scene of teen drinking. 111m. At Mill Creek.

TAKEN: Move over Daniel Craig, Kiefer Sutherland, Jodie Foster; there's a new and meaner guy out there in the latest vigilante film and his name is Liam Neeson -- you know, same name as the actor -- and he's kicking ass all over Paris. At least Luc Besson factory director Pierre Morel, from a script by Besson and Robert Mark Kamen, knows enough to keep the pace moving non-stop, which makes this film go down so easy you hardly knew you were there.

The back-story is a pastiche of familiar narrative points, the plot simple and the characterization simplistic. CIA agent Bryan Mills has retired so he can live in L.A. to establish a relationship with his now 17-year-old daughter Kim (Maggie Grace, The Jane Austen Book Club), whom he has heretofore ignored. Unfortunately, Bryan doesn't get along with his remarried ex Lenore (a totally wasted Famke Janssen), nor does he seem to understand teen girls.

Happily, though, Bryan reluctantly agrees to let Kim travel to Europe with a girlfriend (both of whom act more like tweens, at least as depicted in films, than young women), whereupon, demonstrating their Southern California smarts, they are immediately kidnapped after landing in Paris when they let a young French guy share their taxi. I mean -- come on, even the teens on The O.C. were smarter than this.

But now Daddy can utilize the one skill he seems to possess: Killing lots of people swiftly and saving his virginal daughter from Albanian sex traffickers. Whew. Some vigilante films, such as Foster's The Brave One, actually pause for some moral/ethical reflection but, probably wisely, Taken has no time for such girly stuff.

I guess Neeson needed a paycheck, but there's no reason anyone else should subsidize his debts. Taken is for those who prefer their Tabasco undiluted by actual food. Rated PG-13 for intense sequences of violence, disturbing thematic material, sexual content, some drug references and language. 93m. At the Broadway, Mill Creek and Fortuna.

THE UNINVITED: Based on the 2003 Korean horror film A Tale of Two Sisters, the American remake The Uninvited has a kernel of a good story. This film is in the psychological thriller sub-genre, which is my preferred form of horror as such narratives are often more intelligent and genuinely scary than the dreary, repetitive splatter films.

The film begins with the young Anna (Emily Browning from the Lemony Snicket film) reliving the awful events leading to the death of her ill mother in a boathouse explosion. Apparently, being able to recall that tragic night is the final step in her recovery at the mental institution and she is released to her father Steven (David Strathairn), a very successful writer, with the advice from her therapist to "finish what she started."

But the family home has more than the ghost of her mother haunting it; it is now inhabited by an evil mother-in-law-to-be, as Steven is now sharing his rather active bed with Rachel (Elizabeth Banks), whose intentions Anna immediately suspects as being not good. Steven's motive seems rather straightforward, though: He gets a hot young live-in in place of his cancer-ridden former wife.

At any rate, from this premise, the rest of the film deals with the efforts by Anna and her older sister Alex (Arielle Kebbel, John Tucker Must Die) to reveal Rachel's true nature and presumed identity before meeting the same fate as their mother.

Unfortunately, the film is mostly just bland, and the acting, with the partial exception of Banks, is unexceptional. I am not familiar with the Korean original, but I hope it made more of its storyline than this by-the-numbers effort. There are some satisfying reversals, but that's the least one expects from a film in this genre. Rated PG-13 for violent and disturbing images, thematic material, sexual content, language and teen drinking. 87m. At the Broadway and Mill Creek.

NEW IN TOWN: I've saved the best for last, and I'm not trying to be totally sarcastic. Some readers may know that for me Renée Zellweger ranks somewhere in the depths along with the music of ABBA; either can ruin a film all on their own. But the nice thing about setting the bar close to the ground is that even Zellweger can occasionally jump over it. So suffice it to say that she is rather better in this completely predictable romantic comedy than in most of her recent efforts.

And, either by accident or design, the film's setting in a small economically depressed Minnesota town speaks to our current climate. Love blossoming among the about-to-be unemployed and frozen lakes so to speak.

The premise more or less lets viewers know the whole story. Up-and-coming pencil-thin executive Lucy Hill (Zellweger), who we first see jogging near the beach in sunny, warm Florida, gets stuck with the assignment of reorganizing (i.e., laying off half the work force of) a plant in New Ulm, Minn. (shot, of course, in Canada). This allows for a lot of big city/small town Minnesota jokes, particularly when Lucy shows up in December with no overcoat and stiletto heels). Also, the locals get to talk "Minnesotan," like escaped characters from Lake Wobegon.

When Lucy meets union leader Ted (a relaxed, scruffy-bearded Harry Connick Jr.), the rest is romantic comedy fodder. To be fair, though, who knew that Minnesota tapioca would prove to the salvation of the plant, the town and the romantic relationship? It brought back nightmares of my encounter with midwestern food in the ’60s. I thought the cuisine had improved! Guess not. Neither has this genre. Rated PG for language and some suggestive material. 96m. At the Broadway.

P.S.: The weekend was not a total loss. I went with my constant film companion to see Slumdog Millionaire, a film I'd seen over Christmas in Denver. It was as exhilarating the second time around. Here's a love story I can get behind.

BRIDE WARS. Best friends and brides-to-be find themselves at war when their wedding plans go awry. Rated PG. 94m. At The Movies.

THE CURIOUS CASE OF BENJAMIN BUTTON. Brad Pitt ages backward, Cate Blanchett ages forward, they enjoy blissful moments in the middle and confusion at either end. Rated PG-13. 166 m. At the Broadway and The Movies.

HOTEL FOR DOGS. Kids faced with "no pets" rule in their new foster home convert abandoned hotel into foster home for doggies. Rated PG. 100m. At the Broadway, Mill Creek and The Movies.

INKHEART. Beware of reading aloud: you may get sucked into the book's pages while a character gets released into the real world. Rated PG. 106m. At the Broadway and The Movies.

MARLEY AND ME. Neurotic dog teaches family in the making about what really matters in life. Rated PG. 123m. At The Movies.

PAUL BLART: MALL COP. Mall cop must man up to save the day when Santa's helpers at the mall stage a coup. Rated PG. 91m. At the Broadway, Fortuna and Mill Creek.

SLUMDOG MILLIONAIRE. Orphan from slums of Bombay who rocks India's Who Wants to be a Millionaire must clear his name of cheating before claiming his prize. Rated R. 121m. At the Broadway.

TWILIGHT. Teen girl gets swept up in unorthodox romance with vampire. Rated PG-13. 122m. At The Movies.

UNDERWORLD: RISE OF THE LYCANS. The Death Dealers, a group of aristocratic vampires, versus the Lycans, barbaric werewolves. Rated R. 93m. At the Broadway.

VALKYRIE. Colonel uses Hitler's own emergency plan in attempt to overthrow Nazi government from the inside. Rated PG-13. 120m. At The Movies.

WRESTLER. Retired wrestler that rocked in the ’80s attempts to stage a comeback in the ring. Rated R. 110m. At the Broadway and the Minor.