Add Another Squash to the Table 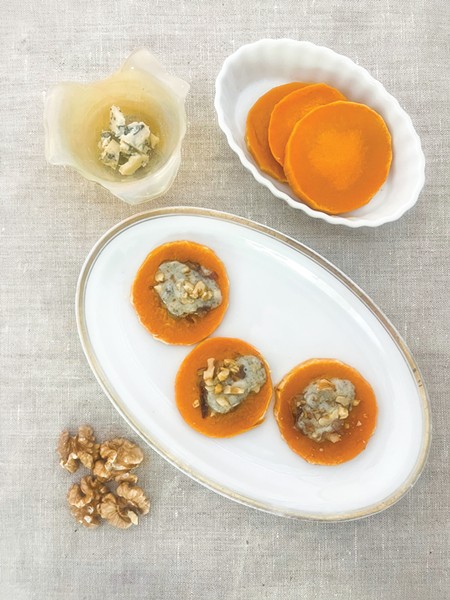 Photo by Simona Carini Still life with four honeynut squash and a butternut at center.

Winter squash is my comfort food this time of the year, helping me accept the irrefutable reality of winter. By the time December comes around, several dishes featuring them are on dinner rotation.

Winter squashes work wonders on two levels: first with their colors and shapes, which brighten up the space where I store them, and then with their versatility, which makes them reliable friends in the kitchen. As an ingredient for soup ("Thanksgiving in December," Dec. 17, 2020), a vessel to be stuffed, sliced roasted and drizzled with tahini sauce ("A Multitude of Squash," Nov. 28, 2019), turned into pasta filling or gnocchi, a stash of winter squash is a remedy for the season's blues.

There are so many varieties! One may be tempted to reach for the most familiar kinds — nothing wrong with that. This year, however, try at least one variety of winter squash you have never tasted before. Each has its own personality so it's like meeting someone new. You may become friends, so take the chance.

During a recent visit to the North Coast Co-op in Arcata, I spent some time exploring their winter squash and pumpkin display (most of the varieties locally grown). Some names are charming, like Speckled Hound or Galeux d'Eysines, then there are the colors, from bright yellow or orange to muted gray to deep green, solid, speckled or striped. Truly a feast for the eyes.

If you make your purchase at the farmers market, where winter squashes are available at several stalls, the farmer is your living resource: Ask them for the name of the variety and how they recommend you cook it.

I set my eyes on a couple of new-to-me varieties but today I am talking about a squash I first met a couple of years ago. It looked like a small butternut squash but darker in color. I bought one and when I cut it open, I saw that the flesh was also darker than that of its famous relative. I roasted it and when my palate got into the action, I noticed its sweet, nutty flavor. Why had I not seen this squash before?

A bit of online research provided an answer to my questions: The honeynut squash (as it's named) is a relatively recent variety, as a 2017 article in Bon Appétit, which calls it "a tiny squash with a big history," explained.

In short, in 2009, Blue Hill's chef Dan Barber challenged Cornell University vegetable breeder Michael Mazourek to create a variety of squash smaller and sweeter than a butternut. After some experimenting in the field and the kitchen, the result was the honeynut squash. It has a thin, edible skin, its flesh is dark orange. The honeynut shines when roasted and its diminutive size makes it ideal for single- or two-serving preparations.

You don't need to go all the way to the East Coast to taste honeynut squash: Wild Rose Farm brings them to the Arcata Farmers Market and provides them to local grocery stores.

For the dish I am sharing today, I was inspired by the recipe for blue cheese and butternut squash crostini in an advertisement on the magazine Edible East Bay (in particular, the idea of toasting walnuts in rosemary-flavored oil).

I am not giving precise quantities in the recipe but general directions. Assume 3 to 4 pieces per person as an appetizer and estimate about 2/3 of a honeynut squash can be cut into solid circular slices. You can store extra cooked squash slices and/or topping elements for a couple of days. When you get to the seed cavity, cut the squash in half lengthwise and remove seeds and strings with a grapefruit spoon. This portion of the squash is good cut into wedges and roasted until tender, then cubed and added to a salad, or eaten straight out of the oven. It goes well with cabbage, too ("Cooking while Traveling," Oct. 21, 2021).

As we head into the holiday season, this recipe makes lovely finger food for a get-together, and the elements can be made in advance, leaving the assembly and heating for close to serving time. I don't need guests as a prompt, though; these bites have become a favorite at our house.

As mentioned, the honeynut's skin is edible but for this recipe I prefer to peel it. If you cannot find honeynut squash, smaller varieties of butternut squash are also available and work in the recipe.

A small amount of milk, dairy or other

Heat the oven to 375 F. Line a baking sheet with a silicone baking mat.

Slice off the top and bottom of the squash. Using a sturdy swivel vegetable peeler, remove the skin. Slice the squash crosswise into ¼-inch-thick rounds. Reserve the seed cavity portion of the squash for other recipes, as mentioned above.

In the meantime, warm up a small frying pan and oil it lightly. Add the rosemary needles and stir. After 30 seconds, add the walnuts and toast them until fragrant, stirring often, about 3 minutes. Remove the walnuts and rosemary from the pan and transfer them onto a paper towel to absorb excess oil. Let the walnuts cool slightly, then chop finely. Set aside. Discard the rosemary.

Peel the shallot and cut it in half lengthwise, then slice it thinly. Warm up the frying pan again, add some olive oil and cook the shallot until crisp/tender, stirring often and taking care not to burn it, about 10 minutes. Sprinkle some sea salt and black pepper, stir and set aside.

In a ramekin, crumble the blue cheese and add a small amount of milk — just enough to allow the cheese to be mashed to a creamy paste with a small fork.

To assemble the bites, take a slice of squash, deposit a bit of the shallot, top with a bit of the cheese and sprinkle some walnut pieces on top. Place on the baking sheet. Repeat until you have as many squash bites as needed. Avoid piling up too much topping: You want to be able to pick up a bite with your fingers and taste all the flavors without one being overwhelming.

Put the baking sheet in the oven at 300 F for 5 minutes to warm up the bites and soften the cheese (assuming all ingredients start at room temperature).

Transfer the bites to a plate and serve immediately.

Simona Carini (she/her) also writes about her adventures in the kitchen on her blog pulcetta.com and shares photographs on Instagram @simonacarini. She particularly likes to create still lives with produce from the farmers market.