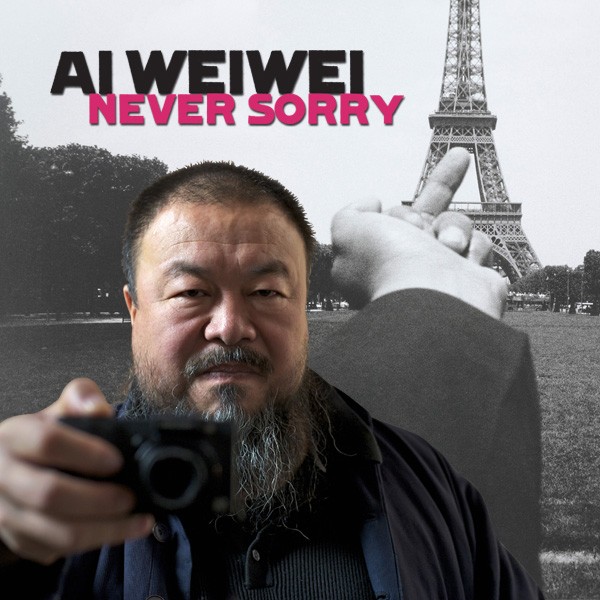 Early in Alison Klayman's documentary on Chinese artist and activist Ai Weiwei, he is asked to describe himself as an artist. "I consider myself more of a chess player," he replies. "My opponent makes a move; I make a move." As the fascinating and moving documentary unfolds, the viewer realizes that Ai Weiwei is involved in numerous, complex "chess games" simultaneously, often using an opponent as a muse.

Ai Weiwei, like Warhol before him, creates art pieces and installations with multiple meanings, illustrated in multiple mediums. He is an active publisher of international artistic and cultural magazines and books, a staunch advocate of human rights for the people of China, and a constant provocateur. He spent nearly a decade abroad, mostly in New York City's Lower East Side during a thriving DIY gallery scene in the mid-1980s and early 1990s. As a young artist he filtered many influences: the multifaceted execution of Picasso, the irreverence of the French surrealists (especially Duchamp), the collective ethic of Warhol and the intricate layers of Chuck Close's mammoth work.

Klayman initially interviewed him for a video short to accompany a 2008 exhibition of his photographs in the United States. The documentary evolved from there, and she was allowed a unique entryway into a key period of Ai Weiwei's life. Her directing is uncluttered yet intimate, providing a portrait of a complex artist and the way his artistic and personal lives constantly intertwine.

After the tragic 2008 earthquake in the Sichuan province, in which 70,000 lives were lost, including thousands of children attending school, Ai Weiwei posted a stream of blogs, holding the government responsible for faulty construction and architecture. He organized and mobilized volunteers to retrieve victims' names and remembrances from surviving family members. Each name was printed on his art studio wall. From this data and work, Ai Weiwei created Remembering, an art installation exhibit that opened in Munich, Germany, in 2009, including Haus der Kunst's exterior wall. The bricks are covered in 9,000 bright backpacks, with the Chinese letters spelling out a remembrance from one victim's mother, "She lived happily on this earth for seven years."

Never Sorry provides a glimpse of a fascinating work- and life-in-progress, a portrait of one of today's most important living artists. Perhaps what makes Ai Weiwei most engaging as an artist is that his art both draws attention to the individual and contributes to a larger whole, one driven by a broader social view. His art forces many of his Western contemporaries to reassess what their motives truly are.