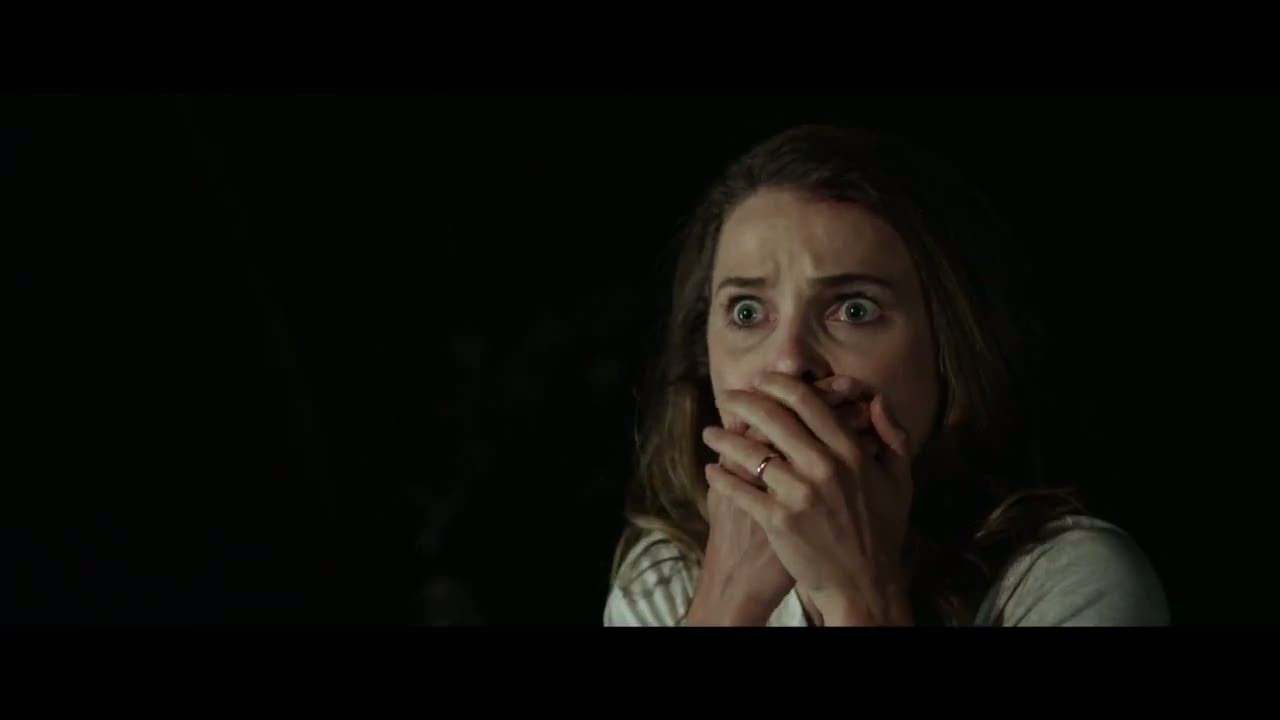 DARK SKIES. I can ruin a horror movie for pretty much anyone. I'll sit next to you, basking in my jaded glory, ripping apart every delicately laid tidbit of foreshadowing. Years of sitting through formulaic spine-tinglers have left me numb to most attempts at thrills and chills. But every once in a great while, when everything is aligned just right, a horror movie will catch me off guard and put me in my place. Dark Skies was one of these delightful surprises.

From the writer/director of Priest (Scott Stewart), Dark Skies centers on a suburban family and its very own slew of metaphysical mysteries. This theme has become all too familiar since the release of Paranormal Activity in 2007, but Stewart manages to keep it fresh by building actual tension and letting the audience stew in it for a good 30 minutes before offering any release, with the attendant screams and shouts.

The real kicker, though, is that Stewart manages to build this tension and follow through with the horror gut-punches all with the use of some rather cheaply rendered CGI aliens. Like a cinematic "screw you" to M. Night Shyamalan's Signs, Stewart takes the twists and turns out of that film's story and lets fear speak for itself.

Kerri Russell (Felicity) and Josh Hamilton (The House of Yes) are parents struggling to make ends meet while raising two children in middle class America. Though the actions of Russell and Hamilton's characters drive the plot, the story really focuses on their two children, Jesse (Dakota Goyo) and Sam (Kadan Rockett). By keeping most of the action (save for the climax) off screen and focusing on the eerie tension of the younger brother, Stewart is able to create a steady momentum of screams and gasps.

That momentum is the key to the success of Dark Skies. There are no boring lulls between the action, no pointless sex scenes between horrible actors, no false starts, no creepy music that leads to nothing; the film moves from one freaky occurrence to another, each one weirder than the last.

Dark Skies is not perfect: The ending leaves a little to be desired, and J.K. Simmons (Spider-man, Juno) needs more screen time. For the most part, though, Dark Skies delivers what it promises and proves there are still horror stories worth telling. PG13. 95m.

QUARTET. I've enjoyed more than my fair share of witty, dry British films. I gravitate toward them like a moth to wry and muted flame. But even by my standards -- as someone who watched all six hours of PBS's Pride & Prejudice in one sitting -- Quartet is excruciatingly boring. It's the sort of boring that awakens the toddler in you, urging you to fidget, groan and kick the seat in front of you.

Based on the play by the same name, Quartet is a simple love story set in Beecham House, a home for retired musicians and performers. I know, I know. How could that be boring? With the house bustling with rehearsals for the annual Verdi Gala, Jean Horton (Dame Maggie Smith) arrives to take up residence. She's welcomed warmly by all of the residents save her ex-husband. The estranged pair work to reconcile their differences while reuniting their former quartet.

The first layer of boredom lies in the foundation. The play was adapted for the screen by the original author, Ronald Harwood (The Pianist), and I use the word "adapted" in the loosest sense. The play is actually a delightful depiction of aging with grace, dignity and love. But in fiddling with it for film, Harwood ruined it.

He seems to have transferred the script directly from one medium to another, ignoring the narrative possibilities film can offer. What's more, he has done away with those delightful quirks and rhythms that come from staging a comedy theatrically: the flourish of hilariously timed entrances and exits, the dynamic attention-grabbing of scene stealers, and those playful asides that break the barrier between actors and audience.

The next lethargic layer is in the basic structure, the framing. Dustin Hoffman is one of the world's greatest character actors, but his talents do not extend behind the camera. Oddly, this is Hoffman's first directorial accomplishment (not including his failed attempt to direct the 1978 crime drama Straight Time); we can only hope it will be his last.

Every scene is flat, frustrating, dull and completely static. You could blame this, in part, on the septuagenarian-filled cast, but that would require denying the talent at work, including that of screen veterans Smith (Downton Abbey), Billy Connolly (The Boondock Saints) and Michael Gambon (Harry Potter and the Deathly Hallows). Their years of masterful experience are muted by Hoffman's direction.

It's easy to imagine Quartet on stage, to envision it as something heartfelt and dynamic. Perhaps an experienced director could have formed a decent relationship between the emotions on stage and in the audience. The themes of love and opera could have echoed through every scene, instead of occasionally fluttering lackadaisically in the background. PG13. 97m.

21 AND OVER. The dudes who wrote The Hangover make their directorial debut in this comedy, which seems to recycle the same premise (drunken morons breaking stuff). But the main characters are now barely legal. R. 93m.

JACK THE GIANT SLAYER. An effects-laden adaptation of the old Cornish folktale about a young farmhand who scales some overgrown vegetation, unwittingly unleashing a race of overgrown fellas, aka giants. PG13. 114m.

THE LAST EXORCISM PART 2. So, wait. Are you telling me that the first Last Exorcism was really the second-to-last exorcism? That rascally devil! Anyhoo, young girl gets possessed, contorts and curses, etc. PG13. 98m.

AMOUR. Academy Award winner for Best Foreign Language Film, the latest from Austrian director Michael Haneke (Caché, The White Ribbon) examines the love of an elderly couple dealing with the aftermath of a stroke. PG13. 127m.

Running next Tuesday through Thursday, the Minor Theatre will host the 15th annual Latino Film Festival, presented by College of the Redwoods and Humboldt State University. Each night of the fest will feature a half-hour speaker's presentation (in English) followed by a film screening at 6 p.m. (the movies are in Spanish with English subtitles) and a panel discussion. Enrolled students get credit if they write a position paper; the rest of us can buy tickets at the door for $6. The movies featured this year will be ¡Ay, Carmela! (1990) on Tuesday, Pedro Almodóvar's (excellent) Women on the Verge of a Nervous Breakdown (1988) on Wednesday and Solas (1999) on Thursday.

Martin Scorcese's 2002 historical drama Gangs of New York, which features a scary-brilliant performance by three-time Oscar-winner Daniel Day-Lewis, will show this Friday at 8 p.m. at the Arcata Theatre Lounge. R. 137m. Sunday is family-friendly with Pixar's Monsters, Inc. (2001). G. 72m. And next Wednesday, during Sci-Fi Pint and Pizza Night, catch the befuddling conclusion of Keanu's techno-Christ trilogy with The Matrix Revolutions (2003). R. 129m.

ESCAPE FROM PLANET EARTH. A nerdy, risk-averse alien must save his heroic astronaut brother in this poorly reviewed CGI cartoon comedy. PG. 89m.

A GOOD DAY TO DIE HARD. Bruce Willis is back for the fifth time as wisecracking supercop John McClane, this time going to Russia to rescue his son. R. 98m.

SAFE HAVEN. Another treacly adaptation of a Nicholas Sparks romance novel (see A Walk to Remember, The Lucky One). This one stars Julianne Hough and Josh Duhamel. PG13. 113m.

SNITCH. Dwayne Johnson stars in this action-thriller as a man who goes undercover with the DEA in order to save his son. PG13. 112m.

WARM BODIES. Teen rom-com based on the Bard's Romeo and Juliet- with zombies. Nicholas Hoult and Teresa Palmer are R and Julie, the star-crossed lovers. PG13. 97m.