So much music it's spooky 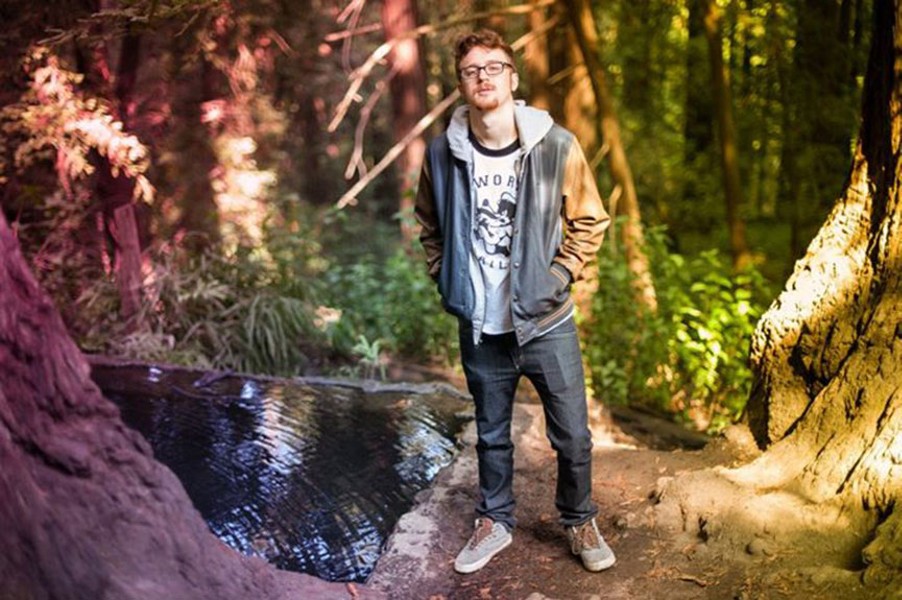 Back before the Romans went and conquered most of the known world, simple Celtic/pagan folk were camping out in little villages in Western Europe. Every year on the 31st of October, as daylight hours became scarce, they celebrated the New Year in a party that made Coachella look like a Sunday come-to-Jesus meeting. They sang and danced and communed with the spirits of their dead ancestors. After a couple thousand years of homogenizing the holiday with the Romans, the Christians and your favorite candy corporations, we get modern day Halloween. The good news: We still like to party.

And party we shall. There are enough costumed musical shenanigans going on in Humboldt to (possibly) wake the dead. We shall see.

Five years ago on Halloween, a musical baby was born and that baby was named World Famous Productions. (Happy Birthday!) Since then, it's made sure to put the party in Arcata's Halloween party. This year Nasty Nasty, Kalya Scintilla, Bird of Prey and local beat-slanger PSY FI will be bringing the costumed freaks out by the truckload and planting their feet at the Arcata Theatre Lounge. The 21-and-over show is at 9:30 p.m., tickets are $25 at People's Records, Wildberries, The Works and World Famous Productions online.

If beat-slanging DJs/producers don't jive with your brand new five-piece pimp suit, the Halloween edition of Soul Night at Humboldt Brews is your spot. Soul Night on costumed steroids? Yee-haw. As usual, 9 p.m. and $5 at the door.

Or you can get out of the Arcata mayhem and try a little Likwefi with Guns & Barrels at Trinidad Town Hall. This Escape from Arcata Halloween Party fundraiser for the skate park is all ages and will have a nice surf/Caribbean theme going on with local artist and all around rad dude Matt Beard live painting. Bring board shorts, a horrible Hawaiian shirt, flippy floppies and some sand to put down someone's pants to put the trick in trick-or-treating. Doors at 7 p.m. and admission is $7, free for kids 12 and under.

Still not feeling festive? The Trouble will be stomping the night away at the Palm Lounge at 8 p.m. for $5, Space Biscuit will be getting all electro-opera at Siren's Song Tavern at 8 p.m. for free and Motherlode will be adding some heavy funk to the Jambalaya at 10 p.m. for $10.

So there you go. Break out your black Batman tights, grab the glitter, alter your mom's nursing uniform, find a nice plastic sword or get some cardboard boxes and become the world's cheapest robot.

What, still have enough energy for another go around? Still think that costume can go another night without washing? Roll out to EPIC's Fall Celebration with The Coup, Indubious and New Kingston. There will be a Dia de los Muertos-themed grub-a-thon, cocktails and a silent auction. Get to the Mateel Community Center at 6 p.m. Tickets are $25 for just the show and $50 with dinner.

Also, The New York Gypsy All-Stars will be bringing their globally trained act led by Macedonian clarinetist Ismail Lumanovski to the Kate Buchanan room at HSU. Show starts at 8 p.m. and tickets are $15 for HSU students and $25 for the rest of us. The Copoetics, a five-string bittersweet ukulele group will be out at Mad River Brewery early on at 6 p.m. for free. Hookah Stew, a sweet little Cali alt-rock band will be making an appearance at Cher-Ae Heights Casino in Trinidad at 9 p.m. for free, or you can catch Melvin Seals and get funky at Humboldt Brews at 9:30 p.m. for $25. Wear your costume, even if it's not a costume party. Get your money's worth.

Day of the Dead

In keeping with all things bumping around in the night, Saturday, or Dia de los Muertos, will see big time beat-masher Minnesota at the ATL with kale-eating whomp artist G Jones. If you're into bass music, don't miss these two. You will find me in front waving my arms about and grinning stupidly. (It's what I do. I call it dancing.) Show is at 9:30 p.m. for $20 at the door or $15 in advance from People's Records, DTA, Wildberries, The Works and online at World Famous Productions.

The Swingin' Peace Makers Ball is another great gig on Saturday at the Bayside Grange. Jim Lahman and his band will be holding down the fort with DJ Boogie Woogie. Show starts at 6 p.m. and you can get some swing dance lessons to boot. Tickets are $15 in advance and $17 at the door.

Rounding out the Week

The Fred Hersch Trio will be bringing some artfully designed piano based music to the Fulkerson Recital Hall at HSU on Monday at 8 p.m. for $15 or $10 if you're a student or a senior. Greensky Bluegrass will shake up Humboldt Brews on Tuesday at 9 p.m. for $20.

Not a bad week to bathe your brain in good tunes, just remember to keep your head on your shoulders.