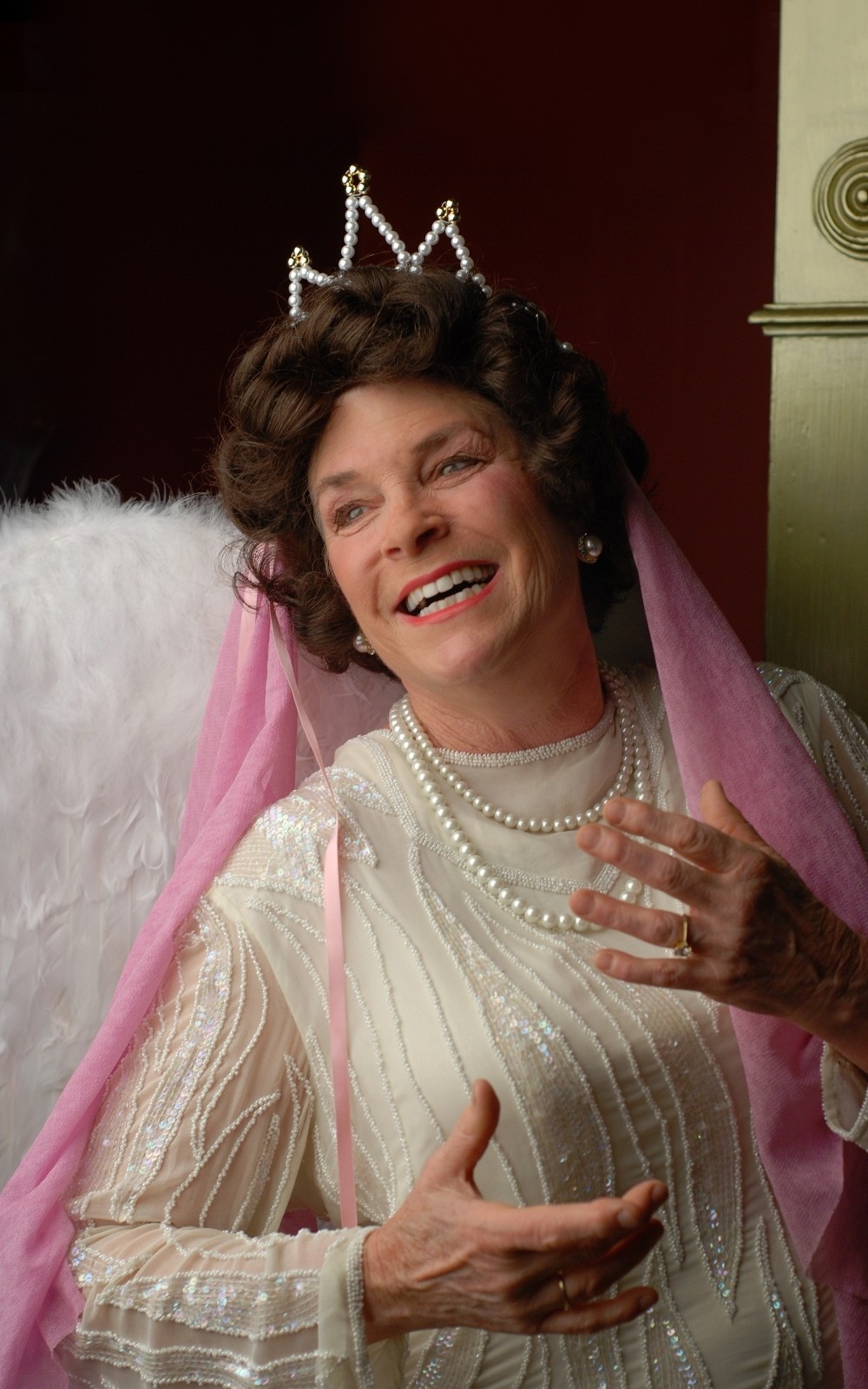 Lynne Wells plays Florence Foster Jenkins, the operatic singer who was so bad she was great, in Glorious!, the comedy that inaugurates Redwood Curtain's new theatre in Eureka. Jenkins, who died in 1944, was a real if forgotten footnote to the New York City musical and society scene, until she became the subject of three plays in this decade based on her life, or at least her legend.

The North Coast has now hosted two of the three. In 2008, Humboldt Light Opera did Souvenir by Stephen Temperley, with Carol Ryder as Florence and Kevin Richards as her longtime piano accompanist, Cosme McMoon. As I recall, it was told mostly from McMoon's perspective, and accented by Jean Bazemore's direction and Gerald Beck's moody set, it maintained a sense of wonder about this woman and her effect, and explored what I suspect most musicians fear: That what they hear in their head is not what comes out of their mouths or their instrument.

Glorious! is different -- it is completely a comedy, adding three comic characters to the mix. Bob Wells plays St. Clair, a British-born itinerant actor who is Florence's companion. When he learns the young McMoon grew up in Chicago during Prohibition, he exclaims "You must be thirsty." That pretty much sums up this character, and Bob Wells performs it with judicious hilarity.

Dorothy is a middle-aged friend with her own artistic pretences (and a dog), played by Bonnie Halverson with an oblivious bright-eyed enthusiasm that's mesmerizing. Maria is the Spanish-speaking maid no one understands, and while this is hardly original or even very funny in itself anymore, it's amazing how the old bits can still work, and Elisa Abelleria skillfully plays them with the attitude and timing to earn the laughs. Pamela Lyall has an effective scene as the comic villain, Mrs. Verrinder-Gedge. Directors Peggy Metzger and Clint Rebik have nicely balanced the comic tones of the characters.

This script (by Peter Quilter) gets around the mystery of why Jenkins was such a sensation by suggesting her biggest fans (like Cole Porter) were gay, so she was camp. He accents this by emphasizing that pianist Cosme McMoon is gay and that Florence has no idea that he or anybody is, or what it means. Again the jokes aren't original, and Larry Pitts as McMoon plays them pretty broadly, but the general comic energy seems to propel them well enough.

So with the Manhattan society version of the cast from You Can't Take It With You for support, Lynne Wells is free to build the central character as clueless but not really guileless. The comic moments of the exposition-laden first act, and even a well-managed big comic twist, are all just preliminaries to the musical numbers.

Since Carol Ryder is principally a singer, Souvenirs provided a certain substance to exploring the musical mystery of Florence. But Lynne Wells is principally an actor, and appropriately so for Glorious!, she goes full out for comedy in these numbers, accentuating Florence's dramatic seriousness and determination, as she not only sings expansively but acts out operatic scenes in astounding costumes. She has the audience rooting for her.

These scenes are well supported by the direction and Amy Echeverria's costumes, but basically they are Lynne Wells unleashed. Particularly in the Carnegie Hall concert scene, she careens across the wide stage, singing with full-throated sincerity and outrageous awfulness. Florence's triumph is doubled by that of Lynne Wells, in a stellar performance.

Scenic design is by Daniel C. Nyri, lighting by Michael Burkhart, sound by Jon Turney. And if you haven't figured out the play's meaning, not to worry, the author spells it out for you at the end.

As for the new theatre, it's been a long time coming, but Redwood Curtain finally is in its new theatrical home down on the waterfront in Eureka, between C and D on First Street. There's parking on the side and nearby, with the walk-in entrance in the back, from Snug Alley. Because the building is long and narrow, the stage configuration is unusual -- very wide, not very deep, facing the eighty or so seats on the other wide side.

I still remember the first Redwood Curtain production I saw, which I believe was also their first: Terrence McNally's provocative, dour yet oddly exciting A Perfect Ganesh, in the Eagle House. I was new to the North Coast then, and so much seemed possible.

Glorious! continues at Redwood Curtain Thursday, Friday and Saturday nights through May 15.

*Pig Tree,* an apocalyptic comedy by Dell'Arte International faculty member James Peck, plays May 6, 7 and 8 outdoors behind the Humboldt Creamery Building, in conjunction with the Arcata Playhouse.

The HSU 10 Minute Play Festival does its final weekend, Thursday through Saturday, at Gist Hall Theater. Humboldt Light Opera Company continues The 25th Annual Putnam Spelling Bee in the College of the Redwoods Forum Theater Fridays and Saturdays at 7:30 and Sundays at 2, until May 16.