America The Possible: Manifesto For A New Economy 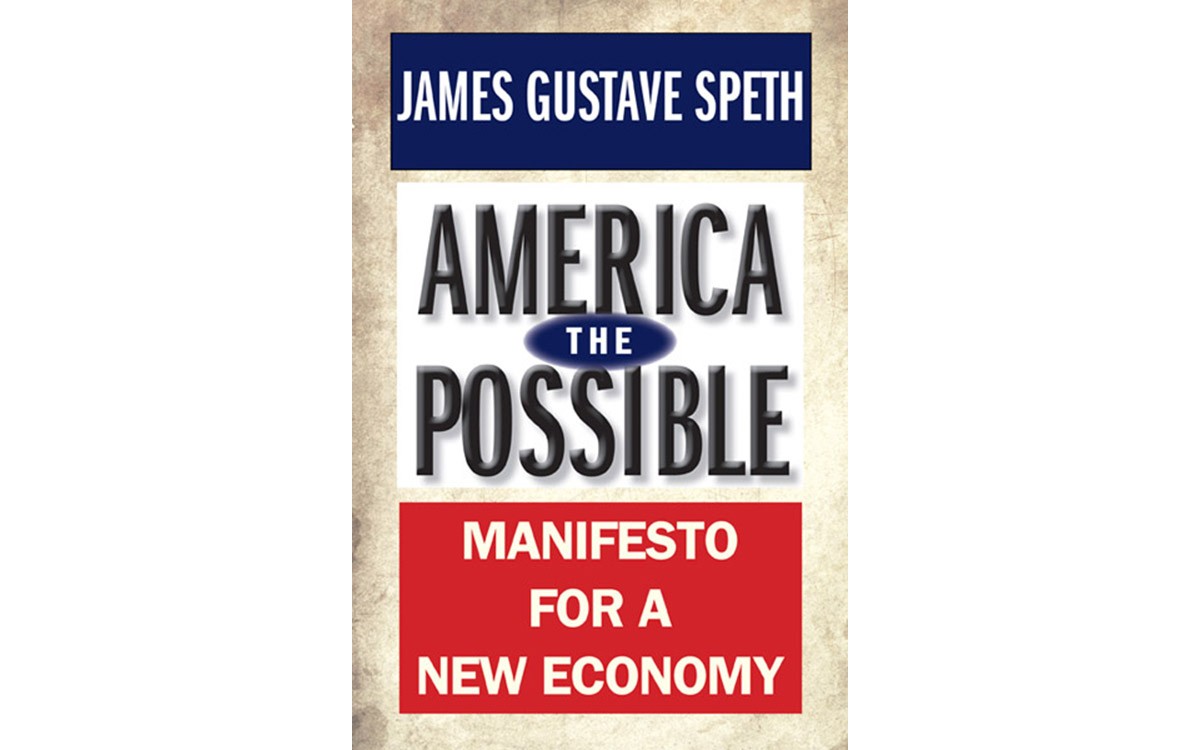 James Speth is a veteran environmentalist, and this is the latest book by an environmental veteran about how Americans can successfully address a future dominated by climate change. But his subtitle is not deceptive: He identifies the economy as the crucial element.

The book is divided into four parts: what's wrong now, a vision for a better future, what changes are required to get there, and how to build a political force to make those changes.

The future he's writing about is not far off: 40 or 50 years. The climate change he's assuming is caused by the greenhouse gases that have already been spewed into the atmosphere, plus what will be added in the near future. If greenhouse pollution is not reduced and acceleration becomes uncontrollable, or there's unforeseen abrupt climate change, then the farther future looks more like slow motion nuclear war.

Balancing "realism and hopefulness," Speth is nevertheless convinced (and he is hardly alone in this) that just addressing the climate change that's pretty definitely coming will require major political and economic transformation. He identifies precedents and experiments that show promise, but he believes that only an aroused citizenry can create the pressure necessary for fundamental change. (Once called the "ultimate insider," Speth now returns to Washington as a protestor.)

The good news is that changes needed to cope with the climate crisis -- different economic values, restructured institutions (including corporations), etc.-- are needed anyway for other reasons (including oil depletion), and are likely to make for a better country and a better world. Such transformations may seem impossible, but they've happened before.

Speth's prose is lean and non-academic. This book is clearly organized and well sourced. For covering so much ground it is amazingly short: under 200 pages of double-spaced print, with another 36 pages of notes. So apart from coping with possible emotional shock, it is readable and re-readable.

On first reading, I've identified two particular virtues. One is a specific point: Speth recognizes that an economically stronger middle class is essential if we're to cope with what's coming, including higher prices for just about everything.

The general virtue is that he shows how interrelated the problems are and how comprehensive the change must be. He doesn't dance around this, and his knowledge is itself reassuring. The ideas he discusses aren't all original, but how they might work together is what's important.

That very level of analysis can be overwhelming. There is however another new book that mixes the scales of change to provide more to hold onto, as a companion to Speth's wise and motivating vision: Hot by Mark Hertsgaard, which I'll review next time.