Out of the Furnace goes into the darkness 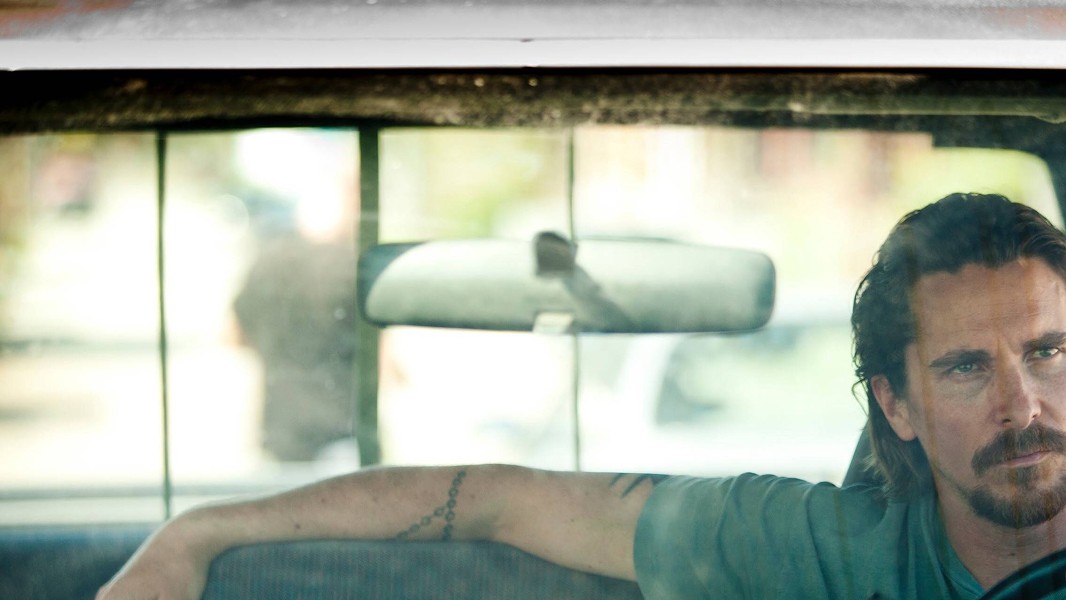 Out of the Furnace

Really missing the Batmobile right now. Christian Bale in Out of the Furnace

OUT OF THE FURNACE. As with his last feature, Crazy Heart (2009), co-writer/director Scott Cooper explores classic themes of America's underbelly. Last time out, he directed Jeff Bridges to a well-deserved Oscar as Bad Blake, an alcoholic outlaw country singer sliding down the backside of a storied career. Thanks mostly to Bridges' fearless, barely contained performance, Crazy Heart shed a probing light on addiction, fame and family. The finished product is handsome, proficiently put together and undeniably a cut above average mainstream fare. Still, the narrative is toothless, with big and important ideas that don't really have a chance to resonate.

Even so, I looked forward to Out of the Furnace. Cooper goes even deeper into the tough stuff of 21st century American life, focusing on the business end of the poverty line. And he's got one of the great ensemble casts of the year to go with him. The story is darker by every standard than Crazy Heart, and the movie flirts with greatness, only to fall just short for lack of gravity.

Christian Bale and Casey Affleck play Russell and Rodney Baze, sons of the Rust Belt trying to scrape out an existence despite the contrary efforts of the universe. Rodney, a four-tour Army veteran, struggles with post-traumatic stress, the crisis of memory and mounting gambling debts. Attempting to turn aggression to his favor, Rodney scraps it out in unsanctioned bare-knuckle fights. But his tendency to red out and his unwillingness to take a dive lead him farther and farther down a dark road. Russell, the elder brother, tries to toe the line: punching the clock in the imminently doomed steel mill, maintaining a loving relationship with a good woman (Zoe Saldana), seeing to the needs of his dying father and trying to provide positive influence in his wounded younger brother's life. But when a drunk driving incident sends Russell to the penitentiary, the fragile fabric of his reality starts to fray. His lady takes up with another man, Dad passes away and Rodney gets mixed up with some legitimately bad people and goes missing. Frustrated by law enforcement's inability to find his brother, Russell takes matters into his own hands.

It's increasingly rare these days for a tragedy of this type to gather support and wide distribution, and I applaud Cooper, co-writer Brad Ingelsby and an excellent cast for bringing this movie to life. But it frustrates me as much as (if not more than) it satisfies. Cooper clearly has a gift for directing actors: Bale and Affleck both give subtly devastating performances, with Willem Dafoe, Forest Whitaker and Sam Shepard doing equally excellent supporting work. Woody Harrelson, as backwoods sociopath Harlan DeGroat, creates one of the most memorable movie villains in recent years. But the movie doesn't give any of the characters enough room to breathe and become real. Affleck, in particular, invests Rodney with genuine heartbreak and rage, but his scenes are disappointingly short and undeveloped. To me, he's the heart of the story, even if Russell is ostensibly the main character.

Out of the Furnace comes this close to being the great movie its creators intend. The authenticity of the script, the gritty closeness of the setting, the genuinely great performances are all worthy of attention. But the movie as a whole feels overblown, trading plot for the meditative moments that could reinforce its devastating themes. Like Crazy Heart, it takes the well-calculated risk of bringing difficult, deeply unpleasant things into focus. Cooper gets nearer to real darkness with this one, but he's not quite there yet. R. 116m.

THE HOBBIT: THE DESOLATION OF SMAUG. In this installment of the movie trilogy, Bilbo, the dwarves and Gandalf make a run at Sherlock, er, Smaug the dragon. PG13. 161m.

PHILOMENA. Steve Coogan helps former teen mom Judi Dench track down the son who was taken from her as a baby. PG13. 98m.

FROZEN. Kristen Bell voices a girl who braves the snow to save the kingdom from her sister's frosty spell. Standard Disney Princess fun with a Josh Gad as a slapsticky snowman. PG. 108m

THE DELIVERY MAN. A subdued Vince Vaughn sires 533 children and it's not a horror movie — just disappointing without his manic edge. With Chris Pratt as his doughy foil. PG13. 103m.

THE HUNGER GAMES: CATCHING FIRE. Katniss and Peeta are back in the dystopian fray. The actors are game, but with a sanitized production, the odds are not in their favor. PG13. 146m.

TYLER PERRY'S A MADEA CHRISTMAS. With nobody to stop him, auteur Perry is back in drag for a holiday trip to the sticks. PG13. 112m.