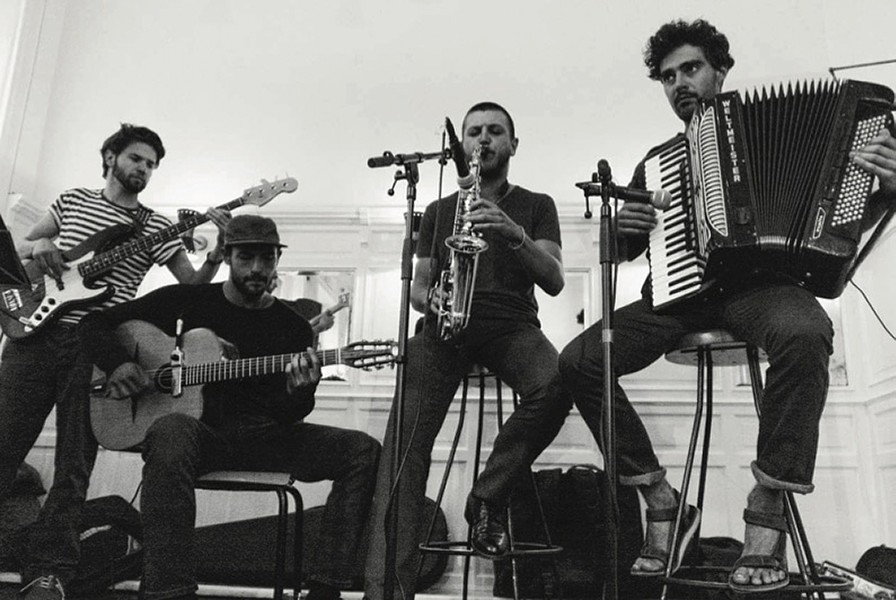 One of the promises I made at the end of December was to spend the coming year with less of a dense layer between myself and you the reader. I have heard from some of you — and I thank you all for the feedback. As I have mentioned here before, I was a resident of New Orleans for the better chunk of a decade, and although I am not a fan of nostalgia, I am not entirely immune when it comes knocking. Which it is absolutely doing this week, as my birthday happens to land on Mardi Gras this year. And although this one will likely not match up to the birthday I enjoyed in fair NOLA when I turned 21 on Ash Wednesday (and lost about three days of memories and likely shaved a few more days off of my lifespan) I am still happy to make it a year older during such a special time. There's truly something rare and gorgeous about a holiday that was invented as a sinking last hurrah before the fasting reflection and slow march-to-death of Lent. And although not much of that carnival celebration happens around here, I am still very lucky and blessed to have spent a year with all of you and I hope to repeat this act again for many happy returns.

The Arcata Playhouse hosts local writer and poet Jerry Martien as he recites his recent work over a country and blues soundtrack provided by the Thad Beckman Quartet. 8 p.m. ($15). Expect yarns about crisis-migration and society-driven calamity.

It's the beginning of the final three weeks of winter today, so here are some shows to warm the cockles of your heart and get your bulbs ready to sprout.

At 7:30 p.m. at the Westhaven Center for the Arts, you can catch folk duo LodeStar in a rare sextet iteration including fiddle, synth and drums. The shows here are always cozy and well-provisioned, so the $5-$20 sliding scale entrance fee is a pretty fair deal.

Later on at 9 p.m., Absynth Quartet is playing a free one over at The Logger Bar and, if dancing to live music is a pleasure that you find is best measured against an electronic foil, then Zordon is hosting a DJ-driven beat fest at The Alibi at 11 p.m. for the same price.

It's the 10th anniversary of the opening of Blondies, the bottom-of-the-hill student haunt and purveyor of wine, coffee, sandwiches and foosball. There will be a free celebration of the spot today at 5 p.m. with cake. Music will be provided after 7 p.m. by the Marching Lumberjacks, Dead Drift and Droll Weevil, which is a local rock band and not a character from a Roald Dahl fairy tale narrated by Quentin Crisp.

Another anniversary is being celebrated at 9 p.m. at The Logger Bar when the boys in Barnfire play a birthday show for their hot-pickin' six-string samurai (and fellow Pisces) Turtle Goodwater. The Handshakers are along for the hayride tonight, hot off the heels of the release of their debut record, which I will give more attention to in the near future. As is tradition at the venue, this gig is free.

The Jam is hosting a new benefit for local quartet Hollow Down, who were the victims of a tour bus fire earlier this year that left the group with nothing but the clothes on their backs. Come join The Bow-Legged Buzzards, The Bored Again and Flying Hell Fish — a delightful Simpsons reference — at 2 p.m. as everyone raises aid for their unfortunate comrades. The show is a give-what-you-can affair so dig deep at the door if you can afford it.

Idaho-born and Portland, Oregon-based duo Shook Twins are an indie folk duo make up of — get ready for a surprise — twin sisters with the surname Shook. Super-talented sibs Laurie and Katelyn return to Humbrews tonight at 9 p.m. for a review of their harmonious and gorgeous songbook. The bizarrely named but talented local electronic/country act Cyber Camel starts the show ($15).

It's carnival season somewhere out there, though not in this remote rainscape. However, you can still enjoy a high-energy show, albeit an Eastern European and Balkan-flavored one. At 8 p.m., Hungarian quartet Szkojáni Charlatans will play a set of high energy songs sourced from Romanian, Bulgarian, Macedonian and other traditions at the Sanctuary. The admission is a $10-$25 sliding scale and, as always, you should take your shoes off in the secular temple of sound.

Tyger Byle is playing this week's installment of Pints for Non-Profits at the Mad River Brewery at 6 p.m. and, I have to say, this cause is close to my heart: $1 out of every pint sold in the tasting room will go to Spay Humboldt, which is here to help our county's domestic and feral felids and canines avoid the indignity of over-population and the often-truncated lives that come with unaltered reproductive organs. What a deal.

's Music and More grid, the Calendar and online. Bands and promoters, send your gig info, preferably with a high-res photo or two, to music@northcoastjournal.com.