Eric Burdon and the Animals, Kris Kristofferson, new CD by The Nucleus 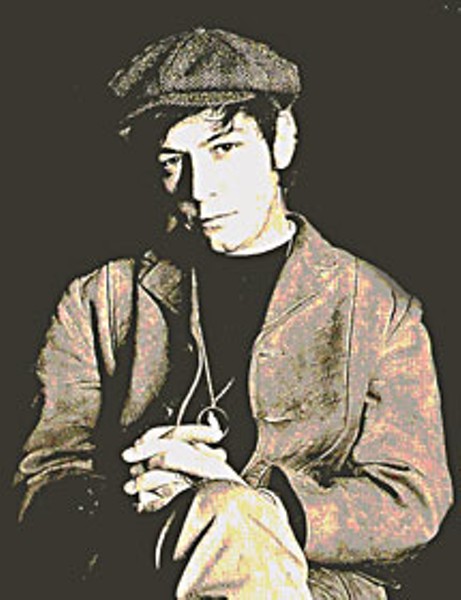 Above and below: Eric Burdon – then and now. 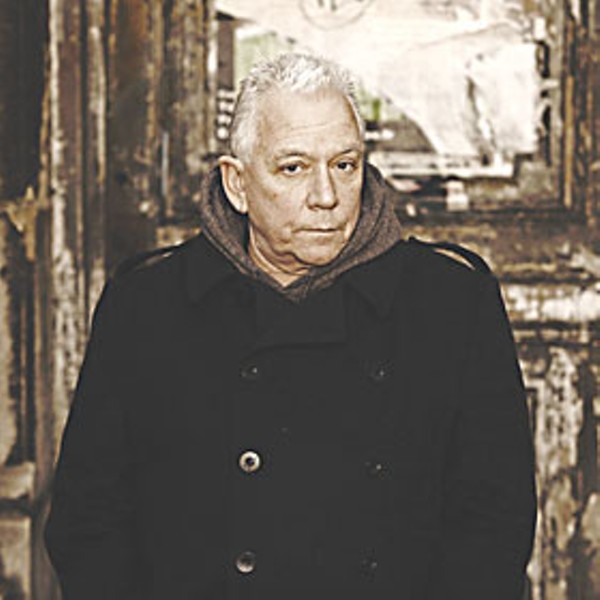 We seem to have a steady stream of blast-from-the-past bands coming through for shows at one venue or another, some more authentic than others. You know what I mean — iterations of Foghat and Iron Butterfly with just their drummers from days gone by, Mike Love fronting a band called the Beach Boys. Cher-Ae Heights has had a slew of familiar golden bands aimed at Humboldt’s boomers, a trend seen around the country and noted in this week’s Billboard magazine in a self-explanatory piece titled, “Music business hits jackpot at casinos.” This week’s local entry: Eric Burdon and the Animals , playing Saturday, Oct. 20, at the Trinidad casino.

So what does the Animals name mean now? Does today’s band connect to the group that was part of the 1964 British invasion, the wave that brought the Beatles and the Rolling Stones to the USA? Like the Stones, the Animals started out doing covers of American blues songs like “The House of the Rising Sun” (which they learned from a Josh White record, not from Dylan or Joan Baez).

Do a YouTube search and the first thing that comes up is a version of the Animals’ classic “Don’t Let Me Be Misunderstood” done by Burdon and company in July 2006 at a festival in Lugano, Switzerland. It starts with a long flamenco-style guitar solo played by none other that the dreadlocked Eric McFadden, one of the Animals at the time (he’s since moved on). Burdon strides onstage and lays into the song with a voice not much different from the one that sang it 40-odd years ago, when the Animals’ version first came out. Organist Red Young adds a riff, at first playing the melody the way you might remember it. But as Paula O’Rourke drops her bass line, the tune takes a turn toward reggae, before heading another direction. Red Young is one of those musicians you’ve heard without knowing it — he played on Sonny and Cher records, backed Joan Armatrading and spent years leading the house band at the Brown Derby, where he taught the neo-swingers a few things about piano and arranging.

No, this is not the band that recorded the song originally, aside from Burdon. But the Animals were always in transition. Alan Price left the keys chair and went on to form his own band. Andy Summers (later in The Police) was guitarist for a couple of years when Burdon reinvented the Animals during the psychedelic “Sky Pilot” and “Monterey” era. (Burdon played the Monterey Pop Fest and stayed in California afterward.) As the ’60s ended, the Animals took a break and Burdon joined up with a SoCal funk band called War for an album titled Eric Burdon Declares War , which included the trippy hit “Spill the Wine.” As War went its own way (“Low Rider” and so on) Burdon went his, returning to his blues roots for a disc with the legendary Jimmy Witherspoon. He’s been recording and hitting the road periodically since then, sometimes with some of the old guys, sometimes with a new crew, always adding new material from the bottomless blues and R&B well. Expect a rousing version of “Rising Sun” when he plays Saturday, dedicated to those still suffering in moldering houses down in New Orleans in the aftermath of Katrina. He’ll sing it like he means it and you’ll know he does.

Tough decision for some of you boomers: While Eric and company are up in Trinidad, Kris Kristofferson is at the Arkley Center. The silver-tongued Rhodes scholar/songwriter left behind a military career in the mid-’60s to head for Nashville to find singers for his songs. He met Johnny Cash while working as a janitor at Columbia Studios and eventually, with the country star’s help, he landed a recording contract. Cash had a hit with “Sunday Morning Coming Down” — in fact, all sorts of country stars used his material — but it took Janis Joplin’s take on “Me and Bobby McGee” to pull the gravel-voiced Kristofferson into the limelight. His 1972 album, The Silver Tongued Devil and I, made him a star and an acting career followed, but those deep introspective lyrics made a legend and put him in the Country Music Hall of Fame. No doubt about it, the man can write.

Next up in the Redwood Jazz Alliance season, a Friday evening concert in Fulkerson Hall with Brazilian-born vocalist Claudia Villela and pianist/educator Kenny Werner , the cat who played the premiere RJA show last spring. The Villela/Werner duo got together after Claudia read Kenny’s book on improvisation, Effortless Mastery, dug it and enlisted him for a masterfully effortless recording, Claudia Villela with Kenny Werner . “I don’t go for the premeditated, calculated thing when I’m performing,” says Villela, who often makes up songs as she goes along. “I like an aspect of losing myself, of going into the unknown. I’ll just take the conditions of the moment and make something of it. It can be magical, and people really get it.”

Those wondering what she sounds like may get a hint from the title of the master class she’s teaching Saturday morning: “Using Your Voice as a Percussion Instrument: Brazilian Mouth Batucada and Beyond.”

Also playing Friday and also somewhat jazzy: Blue Turtle Seduction , a jammy band from Tahoe returning to the Red Fox Tavern. What kind of music is it? Hard to say. One suggestion on the band’s web site: “Well, it’s jam-newgrass, how about gypsy rock?” That seems like two suggestions. Need to figure it out? “Just come to the show,” says the band.

Drummer Pete Ciotti from The Nucleus dropped by over the weekend with a copy of the band’s new CD, Love and Gold . His lovely wife Bell was with him, about as pregnant as can be, and sure enough, the baby made his entrance Monday morning. His name: Peter L. Ciotti V, or PC-5 if you prefer. Bassist Steve Webb ’s wife, Patricia, is also due any minute, so cigars may be in order at the CD release party Saturday at the Jambalaya.

The album is a totally eclectic affair showcasing the many sides of The Nucleus, from Crazy Horse power-rock/folk on the title track to straight-ahead Southern rock of “Alabama,” through some Phishy and just plain Nuclear excursions ending with a tasty bit of Afro-funk, “Swizlo’s Afro,” which by the way was not written by Nuke keyboard whiz, B-Swiz . Guitarist/producer Piet “Demolition” Dalmolen and/or Webb ably handle songwriting chores throughout. (Guest saxophonist Chris Noonan contributed to the “Afro” song.)

Regarding the name: It used to be just plain Nucleus, but, as Pete explained, it was getting too confusing on iTunes — there’s a Connecticut rapper aka Nucleus and there was a British jazz/rock combo with the name that recorded through the ’70s and ’80s. So it’s “The Nucleus” from now on.

More shamanistic rituals that night at the Alibi with the übercool Universalia Jane and the Jet Set (a duo) opening for Olympia duo Two Ton Boa , with Sherry Fraser and Scott Seckington taking you on a journey through a bass-heavy nightmare world with raw, honest songs that will make you want to use the front door and avoid the shadowy alley.

Meanwhile up the coast, it’s the 2nd Annual Celibates Band Reunion Party at Trinidad Town Hall benefiting Redwood Alliance’s Climate Action Project. If you were a Celibates fan, you’ll be there. If not, it’s too hard to explain.

Same night at the Red Fox, Ole of Diamondback offers what he describes as “a musical mashup of country-rock, rap and metal — something for everyone” with The Moonshine Bandits , LCA , Sunny Ledfurd , Malice , Hiway and 4 Star Bravado . Ole also has big news in a totally different vein: Diamondback is bringing local-songbird-gone-big-time Sara Bareilles to the Eureka Theater on Dec. 14, for a home-for-the-holidays show. Tickets available soon.

Further south Saturday the Friends of the Eel River hold their annual membership gathering at the Mateel with music by The Druid Sisters Tea Party in the tribal/hippie/Celtic vein and the premiere of Wounded River , a slide show/movie about the Eel created by Nadananda and FoER webmistress Tahoe Foster .

Multi-instrumentalist/songwriter Carolyn Cruso is back in town from Orcas Island, bringing her hammered dulcimer to Muddy’s Hot Cup Tuesday, Oct. 23.

Much different action that night down the way at Jambalaya, where tattooed rockabilly diva Colleen Duffy aka Devil Doll does her best to “put the sex back into rock ’n’ roll.” The Monster Women help.

Speaking of sex, The Wet Spots are down from Canada Wednesday, Oct. 24, for another kinky, comedic evening of sex-ed complete with spankings and sing-alongs, this time at the Arcata Playhouse. In the hands of the Spots, sex is fun.