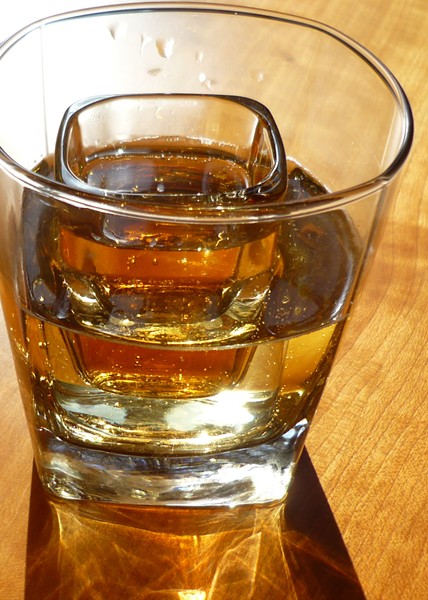 Seems like everyone in these parts has an opinion about what Humboldt needs to make it truly great. A railroad. A trail around the bay. A general plan. A Wal-Mart. A Trader Joe's. One grand, vitally important addition or improvement that would change everything.

I agree that Humboldt is lacking in one critical area, but it doesn't involve railroads or general plans. What Humboldt is missing is locally made hard cider.

Think about it. We are blessed with an extraordinarily long apple season, with the earliest varieties ripening in August and the last flush of ripe fruit still clinging to branches in January. We are the inheritors of the pomological legacy of Albert Etter, who started growing and breeding apples here before the turn of the 20th century. (We have him to thank for Waltana, a crisp, dark-skinned apple that keeps all winter, and Pink Pearl, the pink-fleshed apple that makes unforgettable pies.) And cider is the perfect value-added crop. Apples that aren't cosmetically flawless still make great cider. Apples that taste weird or are oddly shaped make great cider. Locavores and organic orchardists, rejoice! Imperfect, non-corporate apples are no problem for the cider-maker.

And with its crisp, dry flavor and modest alcohol content, hard cider is a real crowd-pleaser. Beer, I was surprised to learn when I read the Journal a few weeks ago, is only appreciated by men. (Note to said men: My upcoming beer and beer-distilled whiskey party may have to be a female-only affair. Serves you right.) Cider, on the other hand, appeals to every palate, and is the perfect alternative for non-beer drinkers at barbeques, baseball games and other such beery gatherings.

So. Why every brewpub in Humboldt County doesn't offer a locally made cider on tap remains a mystery. To enjoy this month's recipe, you're going to have to find a friend with a backyard cider house, or turn to a non-local cider. I've worked my way through most of the widely available versions so you don't have to, and here's the deal: Hornsby's is actually owned by Gallo and it tastes like it. Strongbow is the British Budweiser of ciders, which is all you need to know. Opinions vary on Woodchuck and Ace -- I dislike both, but other tasters in this household disagree. Fox Barrel is California-made, light and not too bad. Olympia's Spire Mountain is a brilliant example of the kind of pure, well-crafted artisanal cider we should be making here. Aspall, a British cider, is so crisp and bright and perfect that it will turn you into a cider alcoholic. Like our founding fathers, you will drink so much cider morning, noon and night that you will go stark raving mad or invent democracy, whichever comes first.

You're also going to need some kind of apple brandy. If you want something amazing, transformative, something that will give new meaning to your life, something that has the power to motivate you to get through a dreadful Monday, a Thanksgiving with the in-laws, or a long, miserable winter, you're going to want a bottle of Leopold Bros. New York Apple Whiskey. Made in Denver, this blend of New York State apple juice and fine whiskey is barrel-aged and bottled at 40 percent alcohol. It is sweet in the way that an apple is sweet, but it's not weird. It's just perfect and amazing in ways I can hardly describe. (If you've ever had pommeau, a French blend of unfermented apple juice and Calvados, it's like that.) If you can't find it at a local liquor store, ask them to special-order a case and keep it in stock. It sells for about thirty-five bucks a bottle, but trust me, you won't regret it.

Failing that, maybe you've got a bottle of Calvados (French apple brandy) around the house, or Clear Creek Distillery's apple brandy, made with Golden Delicious apples grown on Mount Hood. Another good choice would be Laird's Applejack, a mixture of 35 percent apple brandy and 65 percent neutral spirits, or (even better) Laird's straight apple brandy. I am deeply in love with Harvest Spirit's Core Vodka and Cornelius Applejack from upstate New York, both of which are well worth seeking out, even though they are available only by mail order through DrinkUpNY.com. (Note to potential local distillers: Please go visit Harvest Spirits and set up a similar operation here. Thank you.)

You'll also need some apple schnapps. Berentzen Apple Korn is available locally. I confess that I don't love this stuff on its own, but it mixes well. If you'd rather take this drink in another direction, you could experiment with tiny quantities of a spicy liqueur like St. Elizabeth Allspice Dram, Domaine de Canton ginger liqueur, Benedictine or anything else warm and autumnal.

This drink is a shooter or a bomber, which means that you're going to drop a shot glass into a larger glass and drink the two together. It's a bit of a novelty, and somewhat tricky to sip, but you'll get the hang of it. It's inspired by a version I tasted at Lab, a wonderfully clever little bar in Montreal, where they take their apple cider seriously. I'm naming it after Albert Etter in hopes that it will someday be made with local brews from his apples.

In a short, wide tumbler, pour:

Drop the shot glass into the tumbler. The two liquids should be about level and will not mix until you start drinking. If you're going to make any of the substitutions I suggested, feel free to experiment with the ratio of apple brandy to other liqueurs. Just make sure you end up with one ounce of liquid in the shot glass.