Apples, flying and advice for jailers 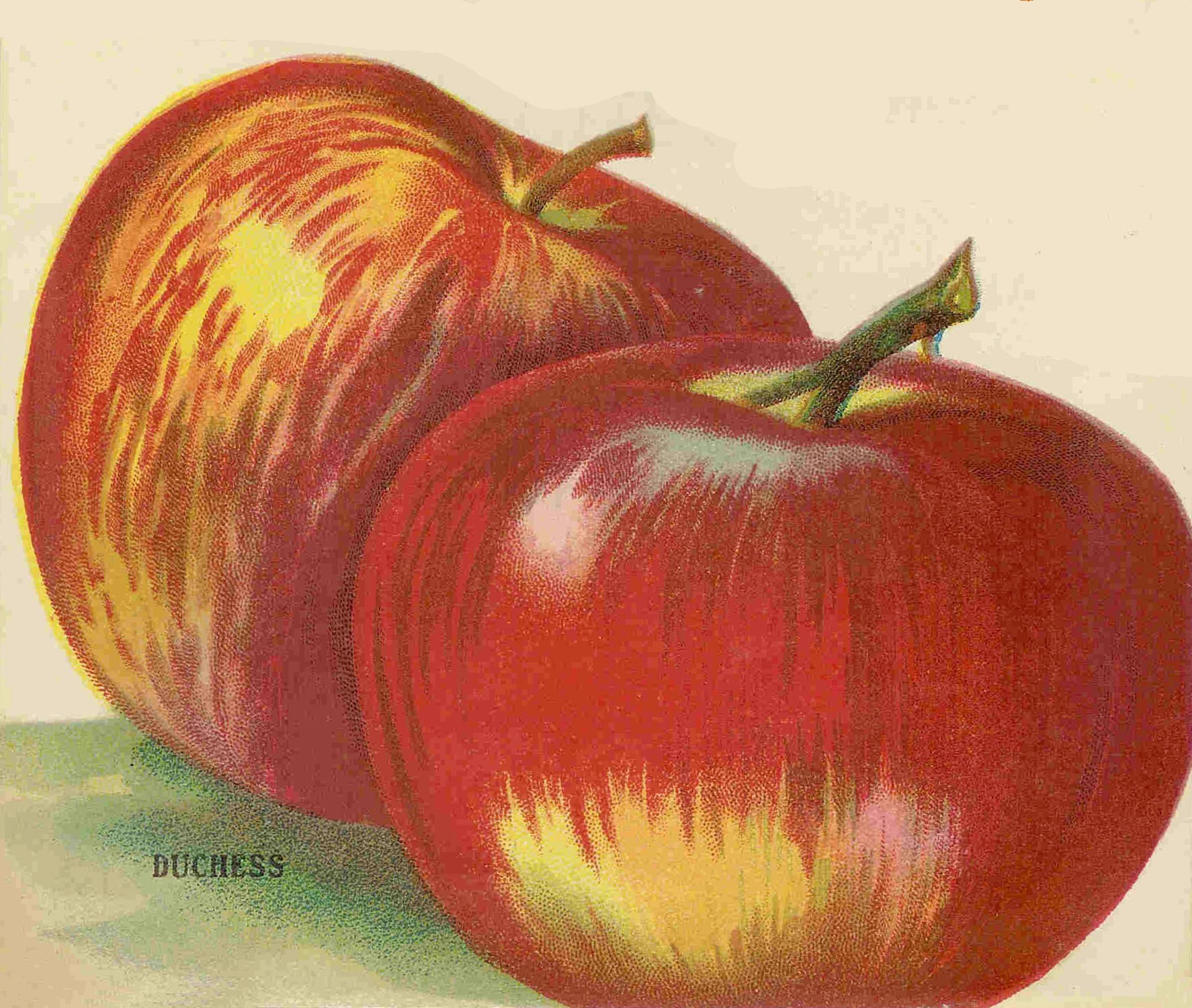 April 14. To one and a half pounds of sprats, add a pound of raisins, a pinch each of lovage and oregano, a chopped onion, two glasses of white wine, and liquamen to taste. Thicken with corn flour and serve immediately. This "dish of small fish" was a popular meal in Roman times and remains so today.

April 15. In honor of National Poetry Month, may we recommend Robert Frost's fine poem "After Apple-Picking," written in 1914, which begins as follows and only gets better from here:

My long two-pointed ladder's sticking through a tree
Toward heaven still,
And there's a barrel that I didn't fill
Beside it, and there may be two or three
Apples I didn't pick upon some bough.
But I am done with apple-picking now.

April 16. We all seem to have the same sort of round metal kitchen trash receptacle these days; when they are sold to us, we are never told that they pose a hazard to chickens. If a hen happens to wander through your kitchen, as hens do under certain circumstances, they grow quite alarmed at the site of an elongated, distorted hen starting back at them from the trash bin's reflection. A rather violent confrontation ensues, with the hen flapping her wings, hopping about and jabbing her beak painfully and uselessly at the offending reflection.

April 17. Full moon, 7:44 pm. Alaska Airlines flies its last plane out of the Arcata airport today. Modern air travel offers a number of opportunities and conveniences to those who partake of it; here we seem to partake of it less and less. The only people who do not feel sympathy for Humboldtians who bought homes just north of Puerto Vallarta on the assumption that Alaska Airlines would fly them there with its customary blend of efficiency, speed and free microbrews are those who have not yet been invited to spend a dark and miserable February in one of those homes. But the difficulties this poses to sun-loving vacationers are trivial in comparison to the trials faced by anyone who has to rush to a funeral, seek a second opinion from a city doctor, interview for a job, or find suitable custody arrangements for children who must shuttle between homes. There are high-class problems and there are everyday problems and there are dark and desperate problems; all of them get worse when we cannot get in or out. Taking a tin can to the always fogbound and eternally delayed San Francisco International Airport is no solution, especially when the coffee is instant, the beer costs seven dollars and the lack of competition pushes fares ever higher.

April 18. According to Political Economy Illustrated, maximum profit is the single aim of capitalist production.

April 19. The Bureau of Prison's Correspondence Course for Jailers recommends that each prisoner be provided a minimum of 250 feet of air space. Prisoners admitted drunk should be examined for head injuries before being allowed to go to sleep, and sexual deviants should be housed separately as they cannot be cured.

April 20. Smead's Dry Closet and Cremation System is designed to seat 10 passengers and has been built in a highly advantageous manner so as to prevent unsightly deposits from being left outside the building in which the system is contained, thus leading to greater acceptance of the crematorium by neighbors.