Arcada Gets Back in the Game 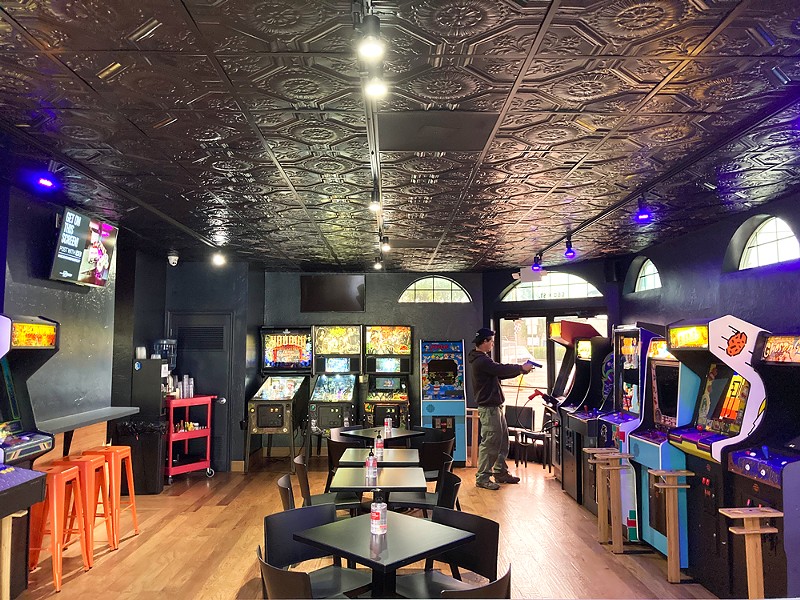 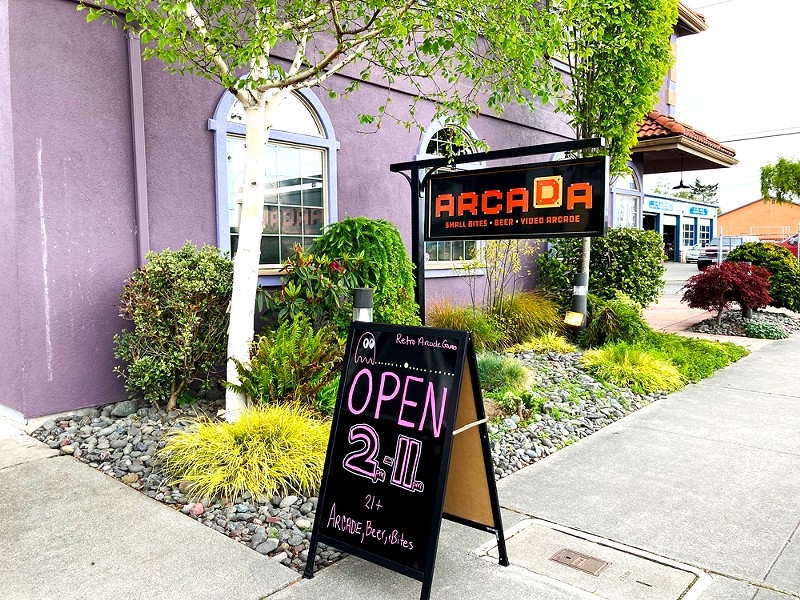 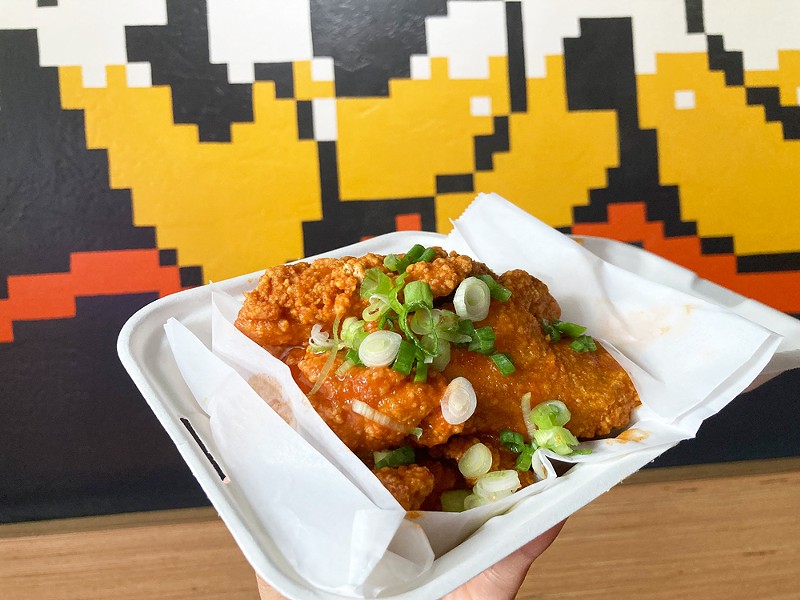 The orange and black pixelated sign for Arcada (660 K St., Arcata), reminiscent of Space Invaders, hung as a question for the past two years. The retro arcade bar for grownups opened in the last week in February of 2020 only to shut down two and a half weeks later when Public Health declared a shelter-in-place order in response to COVID-19. To pass the lavender building that once housed the Other Place was to be reminded of thwarted plans and nostalgia for old times — whether the 1980s or just three years ago, when we couldn't imagine hanging out with friends or strangers for a beer and a couple rounds of pinball could ever be fraught.

Kristen "P-Nut" Thompson and her wife Amber Saba, who also co-own Slice of Humboldt Pie, reopened Arcada May 10 after a little more than two years closed. The virus that shuttered the place is still with us, making their mission of low-key escapism more of a challenge. Still, Thompson says, "We want you to come and be a kid for a moment and not have to worry about everything. Be 12."

"They would not let this place be open for a very long time, which I totally understand," says Thompson of the restrictions on bars and restaurants over the course of the pandemic thus far. She adds that, truth be told, she and Saba weren't ready, either. They'd pared down to themselves and one other staffer at the pie business, which has a patio they were able to seat customers in once outdoor dining was allowed. "We really took it step by step in terms of our comfort and our employees," says Thompson. Takeout sales, selling pies and empanadas at Eureka Natural Foods and other restaurants, along with Payroll Protection Plan loans kept Slice of Humboldt Pie running and even allowed Thompson and Saba to gradually add more staff.

But Slice of Humboldt Pie, which they started in 2013, required their full attention and takeout sales from the bar menu at Arcada weren't worth keeping it open. So they shut it down, using the kitchen for dispersed prep work, and waited.

Inside, under a black tin ceiling, the walls are crowded with arcade games housed in vintage cabinets, most with drink stands beside them to hold your choice from among the eight beers on tap and a wide breadth of cans that includes 11 beers, a half dozen ciders, another half dozen wines, and an array of sodas, coffees and hard seltzers. Churning away above the bar on the right are a pair of slushie machines, one with frozen sangria and one with classic blue raspberry, "So you can get the blue tongue," says Thompson.

The filling for the Humboldt Grass-fed beef sloppy Joe empanada a few blocks away at Bittersweet shows up on the Arcada menu as a full sandwich on house baked bread with a side of fries. Fans of the pulled pork green chili empanadas will be happy to see the filling, cooked in Arcada's kitchen in great vats, can be ordered on nachos, beer-battered fries, Tater Tots or anything you think to smother in it. "Pretend you're 12 and you have all the nacho cheese and Tater Tots and you can put on whatever you want," suggests Thompson with a mischievous giggle.

It feels equally regressive to order boneless wings, but Saba's classic Buffalo hot wing sauce clinging to the well-crusted dark meat morsels (actual wing meat, mind you, not chicken particle board) is sharp in tang, rounded with butter and hot enough to move your makeup a little. Dipping sauces are from scratch, too, which makes the ranch, bleu cheese or cumin lime dressings greater than their side billing. Look into the avocado sauce and homemade cheese sauce, as well, keeping Thompson's hedonistic topping advice in mind.

Arcada grew out of Saba and Thompson's love of games — video and pinball — and the arcade bars and pubs they seek out when traveling. "Our days are hard and stressful just like everyone else," says Thompson, and "when you go to these places, you can just not think about all that and you can just go and be a kid." While Arcada is 21 and over, its owners, who have two kids themselves, are sympathetic to the plight of parents with joystick-happy youngsters. Eventually, they may host the occasional family night.

The pair is always on the hunt for new acquisitions, too, as they own rather than rent each piece. (Give them a shout if you come across a Crystal Castles or a real Dragons Lair.) "We have sourced those cabinets and all the games. We are up in the games, fixing them ourselves," says Thompson, noting the pinball games — Houdini, The Munsters and Jurassic Park — are newer models that are a little easier on the upkeep. Thompson's personal favorite Centipede is housed in a vintage cabinet with original coin slots and a built-in ashtray. Ghosts and Goblins is Saba's jam, featuring a knight who starts his quest in his skivvies and must collect armor and weapons to rescue a princess.

"It's what we like," says Thompson. "You want everybody else to enjoy them but you gravitate to what you like. It's fun being a kid."

On the Table Cover Story