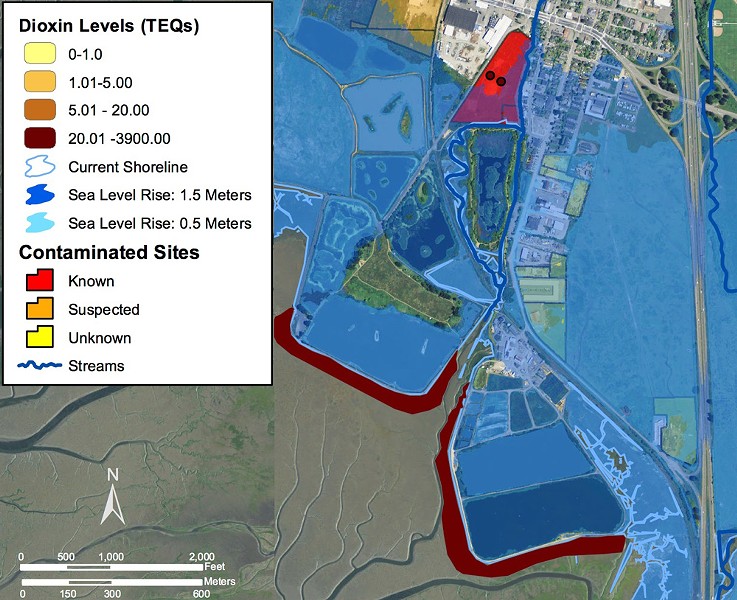 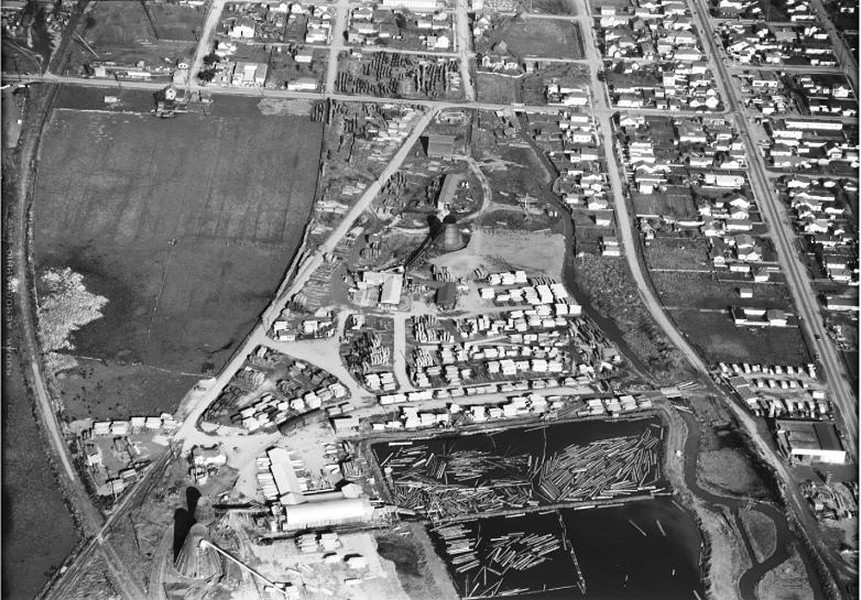 As the world celebrates Earth Day 2021, local experts warn the historic Arcata dikes holding back Humboldt Bay will be overtopped monthly, possibly in as soon as 30 years, due to rising sea level from climate change.

"There is no stopping sea level rise for the next century or next couple of centuries," said Aldaron Laird, an environmental planner specializing in local sea level rise who is currently working with Greenway Partners on several local projects. "It's just going to keep right on going."

Within 10 years, the Union of Concerned Scientists (UCS) estimates as many as 41 people in 20 Arcata homes may be put at risk by sea level rise — jeopardizing an estimated $5.7 million in local property. By 2060, UCS estimates Arcata may have 230 people at risk in 112 homes with a combined estimated property value of more than $22 million.

"Awareness of the earth and what we are doing to it is probably more critical now than when Earth Day started back in the '70s," Laird said. "Then we were concerned about oil spills and herbicide spraying, clear-cutting and all that kind of stuff. The challenges that this planet faces today going forward are catastrophic."

Wiyot Tribe Natural Resource Specialist Adam Canter said Earth Day is an important opportunity for reflection on personal choices, urging people not just to think about immediate consequences but "to think seven generations into the future and about the actions that we take today."

"How will [our choices] affect future generations and how can we best care take or steward the earth to continue to be our source of life here?" he asked.

Canter said Arcata has a site on McDaniel Slough that is at risk — one of 52 Indigenous cultural sites around Humboldt Bay that could be inundated in the coming decades.

An historic record identifies a Wiyot "village or camp site" called Mipaft in 1850 on what is now called McDaniel Slough, "which was navigable for canoes at high tide, and was used in traveling between the Mad River bend settlements and the bay."

That record is a 1918 study by Llwellyn L. Loud published in University of California Publications in American Archaeology and Ethnology titled "Ethnogeography and Archaeology of the Wiyot Territory," which was referenced in a 2018 study by Laird titled "Humboldt County Humboldt Bay Area Plan Sea Level Rise Vulnerability Assessment."

Jennifer Kalt, director of Humboldt Baykeeper, a local nonprofit dedicated to cleaning contaminated sites in the Humboldt Bay region, said a lot has changed in the decades since the first Earth Day.

"The impacts to the planet back in the '60s and '70s were much more apparent, like rivers catching on fire and smoke stacks belching," she said. "Now our issues are less visible but not any less urgent."

Kalt identified three sites in Arcata that are at risk of tidal inundation in the coming decades that have tested positive for dioxin contamination: one on Janes Creek, another on Butchers Slough and the former Little Lakes Industries site off I Street near the Arcata Marsh and Wildlife Sanctuary. A group of chemically related compounds, dioxins accumulate in the food chain and are highly toxic, linked to reproductive and developmental problems, as well as cancer.

Humboldt Baykeeper successfully petitioned the State Water Resources Control Board to list Humboldt Bay as contaminated with dioxin back in 2006 under Section 303(d) of the Clean Water Act.

"They developed a timeline and set the recovery plan for 2019 [to address all sites in Humboldt Bay contaminated with dioxin and PCBs]," Kalt said. "So 2019 has come and gone and there is no plan."

But Kalt did not blame individual actors for the delay. She said the organization is underfunded, overworked and there is a high staff turnover, which has a big impact on plans to take 10 years or more to complete.

The North Coast Regional Water Quality Control Board did not return requests for comment.

The cleanup of the Little Lake Industries site has also stalled in planning, similarly plagued by its fair share of staff turnover.

In 2003, the Environmental Protection Agency found high levels of pentachlorophenol, which often contains dioxin, at the Little Lake Industries site and last year the Arcata City Council voted to submit an application for a federal assessment grant of $300,000 for the same property and received the grant earlier this year.

Arcata Community Development Director David Loya said he is hopeful that the city will get the cleanup grant and the cleanup will begin as early as this fall, but he anticipates next summer is more likely.

Regarding the risks of contaminated sites being submerged under rising sea level, Loya said, "I wouldn't say we have done a whole lot of planning, per se, on the combination of soil contaminants and sea level rise in tandem. ... I do think that is something we are going to want to continue to think about and consider, especially when we plan for retreat."

Laird said a threshold will be crossed around 2050 or 2060, when more than 41 miles of dikes that hold back 8,000 acres of bay will be overtopped. Even if the dikes are successfully reinforced with 10-feet-high stone dikes, which he believes is unlikely, the groundwater will rise and flood much of dike-protected properties around the bay..

"When the farmers can't raise pasture grass for livestock, the value of that property is going to plummet," Laird predicted. "What we have seen on a lot of dikes, which are agricultural land, is that the property owners sell it to the wildlife refuge because it's good wildlife habitat and waterfowl habitat."

Loya said Earth Day is a good opportunity to talk about these issues, and to convey the urgency of the issue to "folks who don't necessarily agree." He described climate change as "a significant existential crisis" and said "the business as usual scenario is going to lead to, frankly, pretty disastrous results."

But Loya is also hopeful that the community can find positives in preparing for sea level rise.

"We have also put a lot of time and energy and money into restoring those habitats and creating a land bank so that, as sea levels rise, we can allow those lands to convert back over," Loya said.

While Laird said stopping the production of greenhouse gasses is something people can and should do, the community is going to face sea level rise regardless.

"I don't think we are going to stop the rise of the sea level, it is already happening," he said. "But we need to be aware of it so we can adapt and respond. We can't stick our head in the sand."

Shawn Leon (he/him) is a freelance journalist graduating from Humboldt State University in May. He lives in Arcata and can be reached at: shawnleon33@gmail.com